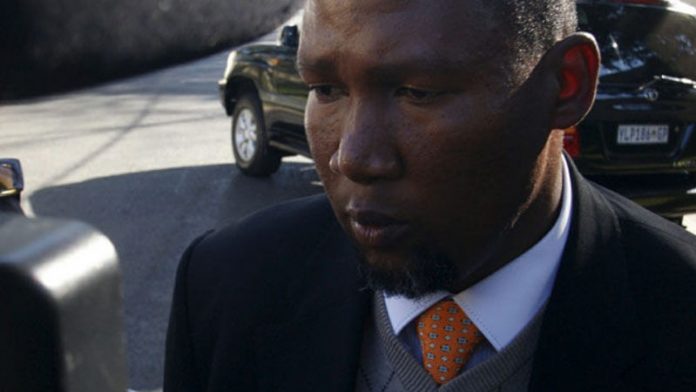 The Mthatha High Court's decision to grant members of the Mandela family an order to exhume the remains of former president Nelson Mandela's children is a travesty of justice, Mandla Mandela said on Saturday.

"The court granted a final order in his absence and all attempts to correct this was rejected, which meant that he was effectively denied his constitutional right to be heard," a statement issued in his name said. It said that if reports that the applicants lied to the court by suggesting that his grandfather was in a vegetative state were true, then the findings against Mandla Mandela would take on "monumental implications". Mandla Mandela's legal team was denied access to the certificate of urgency of the court proceedings held in camera a week ago, it said.

"If it is proven that indeed Madiba's state of health was abused to trick the justice system then it is a sad day for all of us." The statement said Mandla Mandela's legal team had continuously asked the applicants to supply them with signed court papers and signed confirmatory affidavits of all the applications, but to no avail. It said Mandla Mandela had learnt through media reports that a criminal case had been opened against him. "Nkosi Zwelivelile [Mandla Mandela] has no intention of applying for the repatriation of the remains in question back to Mvezo but he still cries out for justice."

On Friday, Eastern Cape police said that they had collected most of the evidence in a grave tampering case involving Mandla Mandela, and would give the docket to a senior prosecutor. Mandla Mandela had the bodies of three relatives exhumed from Qunu and moved to his village of Mvezo in 2011. He claimed that Mvezo, where he was building a multi-million rand hotel, was the birthplace of the Mandelas and held historic significance.

On Wednesday, 15 members of the family, including Mandela's daughters Makaziwe Mandela, Zindzi Mandela-Motlhajwa, Zenani Mandela-Dlamini, his ex-wife Winnie-Madikizela Mandela and his wife Graca Machel were granted an urgent order for Mandla to return the bones to Qunu. The remains are those of Mandela's eldest son Madiba Thembekile, who died in a car accident in 1969; Mandla Mandela's father Makgatho Mandela, who died in 2005; and Mandela's first daughter Makaziwe Mandela, who died as an infant in 1948. They were reburied in Qunu on Thursday.

The former president is in a critical condition in a hospital in Pretoria. On Thursday night, the presidency denied claims that Mandela was in a vegetative state. "We confirm our earlier statement released this [Thursday] afternoon after President Jacob Zuma visited Madiba in hospital that Madiba remains in a critical but stable condition," said spokesman Mac Maharaj. "The doctors deny that the former president is in a vegetative state," he said. – Sapa