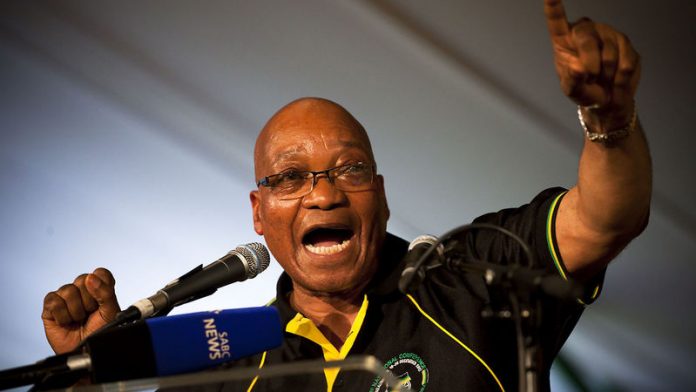 This is President Jacob Zuma’s fourth reshuffle in four years and it came at a time when public attention was diverted to ailing former president Nelson Mandela’s health instead of governance issues.

The biggest losers of the reshuffle on Tuesday were the former ministers of human settlements, Tokyo Sexwale, co-operative governance and traditional affairs, Richard Baloyi, and communications, Dina Pule.

Zuma said nothing about any future deployments for the three.

But members of the public and critics were on Tuesday asking whether performance criteria could not be equally be applied to Basic Education Minister Angie Motshekga, Public Works Minister Thulas Nxesi, Agriculture, Forestry and  Fisheries Minister Tina Joemat-Pettersson and Women, Children and People with Disabilities Minister Lulu Xingwana.

Some within the ANC have asked what any new minister could do substantially in only eight months before the general elections and have questioned Zuma’s motives with the reshuffle.

In at least one case, that of Pule, the president moved against the minister after consistent reports of corruption, while he was lauded by the ANC and its allies for promoting Connie September and Yunus Carrim.

SACP appointments
The one organisation that expressed happiness with the reshuffle was the South African Communist Party, which saw two more of their central committee members joining the executive. These two are Lechesa Tsenoli, who is the new minister of co-operative governance and traditional affairs, and Carrim, who is the new minister of communications. Carrim is a long-serving co-operative governance and traditional affairs deputy, in which he is respected for his meticulous eye for detail.

Baloyi has been described by many analysts as the worst performing minister in Zuma’s Cabinet. Under his leadership, municipalities continue to be in total disarray and most of them have failed to get clean audits from the auditor general.

Pule, on the other hand, is under investigation by the public protector for her role in the Information and Communication Technologies Indaba that her department hosted in June last year, from which a reported a R26-million of sponsors' money disappeared. It was reported that her alleged boyfriend had undue influence in appointments in the department and benefited improperly from contracts in the communications department.

Sexwale has long been a political nemesis of Zuma, but he was also unable to effect any improvement in a department that is one of the most difficult in government. A senior government official recently asked what additional delivery Sexwale brought to the two-million houses that had already been built before he joined the department.

One of the strangest moves by Zuma was the swapping of portfolios between Ben Martins and Dipuo Peters, previously in charge of the transport and energy ministries respectively.

While Peters is acknowledged as a dedicated performer, she will likely run into the same political resistance to e-tolls that Martins experienced. Both are rather introverted and lack the political gravitas to take on Cosatu and other stakeholders that are opposed to e-tolls.

With only a few months left before the 2014 general elections, Zuma’s administration is under pressure to prove that it is serious about fighting corruption and accelerating service delivery.

Zuma, while trying to maintain a balance of contending ANC interests ahead of the elections, has also been under pressure to crack the whip on underperforming ministers.

John Jeffrey
New justice and constitutional development deputy minister John Jeffery was in the news recently for a comment he made during the parliamentary budget debate last month regarding Democratic Alliance parliamentary leader Lindiwe Mazibuko’s weight.

These comments drew outrage from the opposition, social media and gender activists.

Until this afternoon, Jeffery was also councillor to Deputy President Kgalema Motlanthe.

He was the most senior ANC member in the powerful justice and constitutional development portfolio committee, which is key to law-making in the country.

Pamela Tshwete
Pamela Tshwete was appointed deputy minister of rural development and land reform. She is an ANC veteran and a widow of former sports minister Steve Tshwete. She was elected into the ANC’s national executive committee in Mangaung in December. She became an MP in 2002 and has been the disciplinary whip of the ANC caucus.

Connie September
September’s appointment as the new minister of human settlements came as a shock to many especially her comrades in the Western Cape ANC.

Even in Parliament, September was an ordinary MP. A senior ANC member in the Western Cape told the Mail & Guardian: "I’m absolutely shocked with her appointment to such an important portfolio; this is a person, who in 2009 didn’t even make [it] into the ANC’s parliamentary list and has recently re-joined Parliament over the last two years."

September first joined Parliament in 2004 and chaired the portfolio committee on water affairs and forestry. But she failed to make it back to Parliament after the 2009 elections until about a year ago.

But the former factory worker has a rich history in the labour union movement.

In 1993, she became the first woman to hold a national office position in the labour federation Cosatu, where she was elected its deputy president.

September was also the treasurer of the South African Clothing and Textile Workers Union, which had substantial numbers in the Western Cape.