MDC-T: We’re on the road to yet another disputed poll 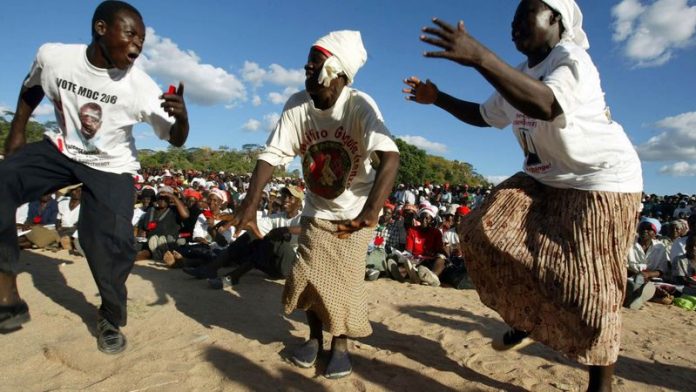 The MDC-T has described as "unfortunate" the decision to press ahead with parliamentary and presidential elections on July 31 following last week's Constitutional Court ruling, and has warned that the polls will produce another disputed result.

MDC-T spokesperson Douglas Mwonzora was reacting to a report by the Research Advocacy Unit (RAU) in Harare that revealed the chaotic state of the June 2013 voter's roll. Last week, the Mail & Guardian was the first media outlet to report the RAU's findings.

The unit found that the roll lists a million Zimbabweans who are either dead or have left the country; 116 000 people over the age of 100, a figure it describes as "unlikely"; and 78 constituencies with more registered voters than adult residents.

The report also notes that close to two million Zimbabweans below the age of 30 are unregistered.

Mwonzora said it is because of the RAU findings that his party wanted a period in which the voter's roll could be inspected.

"It is clear that the voter's roll is in a shambles. It is being manipulated by the registrar general's office and the CIO [Central Intelligence Organisation] as a way to rig the election," he said. "At most registration stations in Harare, for example, fewer than 20 people are registered each day. That has made voter registration impossible."

Harare
Harare is considered one of the MDC-T's strongholds. In the 2008 parliamentary election, the party won 23 of the 24 constituencies in Zimbabwe's capital city.

Mwonzora added: "When mobile voter registration started, there were more centres in Zanu-PF areas than in the MDC areas. For example, there were 98 polling stations in Mashonaland Central [province], compared to 49 in the whole of Manicaland [province]. Manicaland is presumed to be a MDC stronghold."

He added: "We did try to raise these issues with the Zimbabwe Electoral Commission (ZEC),

but nothing has been done. The ZEC is very weak and manipulated by the [registrar general's] office, which is in turn manipulated by the CIO. The elections are going to happen, unfortunately, and will produce another disputed result."

Mwonzora was also reported as saying that last week's ruling by the Constitutional Court was "predictable" and that "it was clear it was going to make a political decision rather than a legal decision".

"This application was destined to fail anyway, because it was poorly written by the minister of justice, who wanted this particular outcome. The court did not want to displease the emperor," he said.

SADC official unaware
​Southern African Development Community (SADC) executive secretary Tomaz Salomão said he was not aware of the RAU report, but urged Zimbabweans to prepare for elections and abide by the court ruling.

Salomão said: "We have our observers on the ground and they send information to our centres on a daily basis — they will advise us. I am going to Zimbabwe on Sunday; I can't assess things from a distance.

"The point is that there is a ruling of the court and we have to abide by it. There's no debate about it."

Lindiwe Zulu, who is South African President Jacob Zuma's international adviser and one of his SADC facilitators in Zimbabwe, said she had seen the RAU findings but could not comment on them, as she was working on a report for Zuma.

"Issues arising from the elections must be dealt with by Zimbabweans through the elections commission. But SADC cannot exclude itself," Zulu said.

"Our report for the principal focuses on the decision taken by the heads of state at the SADC summit. It will cover what has been done since then and what we think should be done."

The SADC summit urged Harare to apply to the courts for an extension of the election date but said that it would respect any decision of the courts.