Co-ops could be a stitch in time 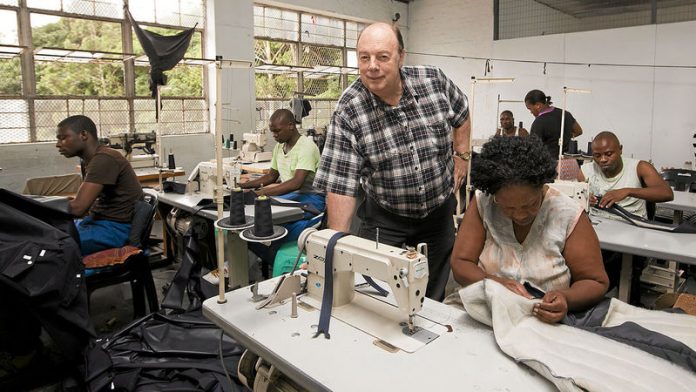 The recent development of worker co-operatives in South Africa’s clothing industry theoretically has the potential to save many jobs — and the model could be used in other threatened labour-intensive industries such as gold mining.

Worker co-ops are not new in the low-margin bulk clothing industry, where factory owners have for years been trying anything to save their businesses.

Some of their co-ops have not been genuine: the façades are erected as a quick-fix way to avoid adherence to the Labour Relations Act, and particularly the clothing industry bargaining council’s minimum wages, which gain the force of law in terms of that Act.

The Co-operatives Act excludes co-op workers from the Labour Relations Act — though amendments from the department of trade and industry will limit that exemption to co-ops with fewer than 50 members.

Even genuine co-ops have ­hitherto not made a major difference in the clothing industry, which has declined in employee numbers from about 300 000 a decade ago to about 50 000 now.

But Leon Deetlefs of LDP Consulting has, since 2011, run a project to assist and create genuine co-ops.

Becoming more competitive
He is working to establish co-ops with access to training, legal, accounting, marketing and sales support — centres of excellence — which will help them to become more competitive.

About 80% of clothing in South Africa is imported, despite a 45% import tariff. The Southern African Clothing and Textile Workers’ Union (Sactwu) has said that, “practically and morally, we believe [South Africa] should not even try” to compete in the bulk-clothing production sector.

But some clothing companies, particularly in KwaZulu-Natal, have refused to accept this and have agreed to take a drop in salary to make these businesses viable.

But these noncompliant companies have been relentlessly prosecuted, particularly in Newcastle, which is where Deetlefs is now trying to get his new type of co-op-with-support model going, he says.

He knows about the problems of compliance because between 2003 and 2010 he was the clothing industry bargaining council’s national compliance manager, with a reputation for relentlessly prosecuting noncompliant companies.

Now he wants to promote employment through co-ops, which he also believes are the surest and quickest form of real black empowerment.

Promoting co-ops
He says the number of workers in the clothing industry in Newcastle has halved over 10 years to about 4 500 people employed today.

Most Newcastle factories would still be in business, he says, if they had not defied the bargaining council.

Deetlefs began promoting co-ops among clothing factory owners in Newcastle early this year. He met with initial resistance to the idea of handing some or all of the ownership to workers.

But he says owners weary of continuous prosecution by the bargaining council and aggressive union action are increasingly in favour of co-ops. Many workers have also been persuaded.

Deetlefs says about 30 of the 42 remaining clothing factories in Newcastle are now becoming co-ops.

The owners’ resistance could also have been because not all worker co-ops are successful.

The cause of bad performance
Ravi Ramamurti, director of the Centre for Emerging Markets at Northeastern University in the United States, says: “Co-ops perform poorly when they become inwardly focused on the needs of their members, instead of focusing on customers and competitors. This risk increases if the co-op is governed democratically — that is, by asking members to vote on major issues.”

Deetlefs says the centres that he will set up in areas where there are many co-ops can handle the necessary outward focus — so the co-ops will be able to concentrate on their core production and quality functions.

The “excessive democracy” aspect will be addressed by operating decisions being made by a small management committee of workers.

His first centre of excellence, in Newcastle, employs six people besides himself. One cut-make-and-trim factory in Newcastle has been a co-op since 2011.

Deetlefs says a major benefit for this particular co-op has been that the workers better understand how the business works.

A spokesperson for the seven-person workers’ committee (all black South Africans) says the 130 worker-members are still learning about the co-op, which is 100% owned by them.

She says the most basic operator earns about R400 for a five-day week (about 75% of the equivalent bargaining council minimum wage).

Mixed feelings
Of course, they are unhappy with this and they want to earn more — but they are happy to have jobs, she says.

At another two co-op factories, the former owners have a 60% share and the workers 40%.

Nomusa Khumalo, at the first factory, which has 35 worker-members, says the workers all know about stokvels but are still learning about co-ops.

Neither of the two factories has any union members. This compares with a trade-union membership density of more than 85%, claimed by Sactwu, in the industry generally.

At a third co-op factory, which has 130 worker-members, and has recently been registered, there are still a few union members. But spokesperson Thandi Khumalo says workers will soon have to choose to be unionists or co-owners.

Loss of membership is a major reason unions oppose co-ops. But employers in the bargaining council also oppose them because co-ops are free to accept low-priced contracts, which could increase competition.

However, he says, cut-make-and-trim factories can easily be split into separate co-ops so that each has fewer members.

Deetlefs’s “co-op with support” concept is far from proven. But he believes that, by the end of this year, the first Newcastle co-ops will succeed and pay good dividends.

In answer to questions from the Mail & Guardian, Andre Kriel, general secretary of Sactwu, says that the co-ops Deetlefs represents are “definitely bogus”.

Kriel says: “We are very concerned about bogus co-ops — they are a growing trend in South Africa, particularly in KwaZulu-Natal, where consultants have been assisting employers to evade labour legislation and gazetted wages by restructuring formal enterprises into so-called co-ops.

“While workers become members of the co-ops on paper, all or most salient matters of work, work processes or wages are actually controlled by the former employers. Workers inputs or control over these matters is nonexistent or, at best, superficial. Workers in bogus co-ops have been complaining to the union for years about the predicaments in which they find themselves.

“They don’t understand why they are told they are members of these organisations when their employers still act like their bosses. Bogus co-ops are a form of labour brokering.

“There any genuine co-ops in the clothing industry, but very few,” says Kriel. “Sactwu supports a genuine co-operative movement, not shams.”

Deetlefs says he is consulting with a group that wants to form a co-op to buy a diamond mine. That could prove to be a useful model for the ailing gold mining industry.

Irin News
Irin News works from Kampala, Uganda. MA Public Adm, Freelance reporter for The New Humanitarian (formerly IRIN News), The Guardian, UK and a couple of others. Reach me thru [email protected] Irin News has over 920 followers on Twitter.