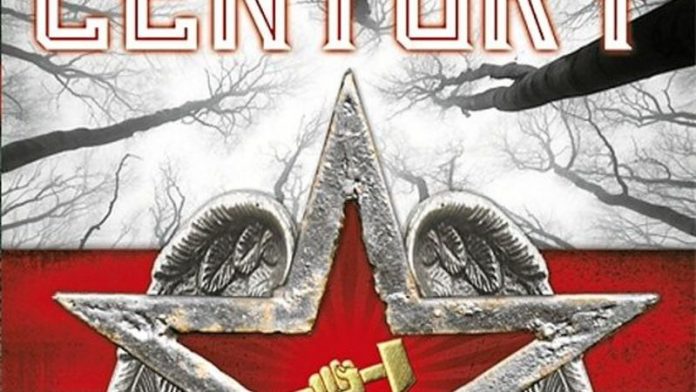 Policemen in police states have fascinated crime writers. Attempting to uphold the rule of law in a state that subverts and manipulates it opens rich plot and character possibilities, explored to the full by, for example, Topol and Neznansky (Red Square), Martin Cruz Smith (Gorky Park), Qiu Xiaolong (the Inspector Chen books) and more. What is a good cop to do when evidence and political convenience clash?

William Ryan’s Captain Alexei Korolev, on his third outing in the Moscow of Stalin’s Terror, faces such a dilemma. Hoping to enjoy a rare week with the son of his broken marriage, he is summoned to investigate the murders of two senior scientists at a state research institute. Problems mount: he is not allowed to know what the institute did, or what the scientists may have discussed.

Seconded to one security division to pursue the investigation, he is hounded and harassed by operatives of another: the eponymous twelfth. To survive, he has to gamble that the solution of the investigation will satisfy whichever political faction is in the ascendant when he concludes it. And then his son disappears.

Ryan constructs a solid detection plot (the first killing is almost, but not quite, a locked-room mystery, since it takes place in an elite apartment block apparently impervious to unlogged visitors), set against a vividly described backdrop.

He employs imagination and empathy as well as meticulous research; we don’t just see the peeling religious frescoes on security office walls, we feel Korolev’s astonishment at their survival.

The paranoia of the Terror is omnipresent, but it is not the whole of life for any character: there’s affection, humour, hope and nostalgic loyalty to the original ideals of a revolution that feels an age, not a mere 15 years, ago.

Without too many spoilers, the scientific research at the core of the Twelfth Department’s plot relates to interrogation and indoctrination techniques, and a quasi-religious lust for ways to alter people’s minds so they love the leader and build a perfect world. That is where Ryan’s tale intersects intriguingly with Peter Higgins’s fantasy debut.

Wolfhound Century’s Inspector Vissarion Lom has already been the subject of a scientific intervention to render him both loyal and an uncannily effective investigator. Lom hunts anarchists in an imagined world that might be a steampunk version of 1930s Russia. The avuncular Founder, the Novozdh, looks down from “a thousand posters, newspapers and books” exhorting patriotism and denouncing disloyalty to an apparently endless war.

Loyalists overnight become enemies of the people and disappear. Accessing information requires a Kafkaesque mountain of paperwork, even for Lom. Some of the “terrorists” appear strangely close to the security apparatus.

In this book, though, the universe is very different. There’s been war in heaven; the moon has been sundered and angels have fallen to earth, providing a source of power for the regime. Although in “realistic” detective fiction the deus ex machina is often derided as a facile device that gets a writer off the hook of plot difficulties, in fantasies it’s almost obligatory and Higgins’s is a scary beast.

In Mirgorod, muzhiks (golems with the brains of dogs) stalk the streets, serving the securocrats. The modern city (in a device reminiscent of both China Mieville’s Beszel/Ul Qoma and Jeff Vandermeer’s Ambergris) erratically overlays and obliterates the far older Lezarye, which embodies difference and magic.

Higgins has created a gripping, fast-paced tale that melds police procedure as solid as Ryan’s with a gorgeously imagined strangeness — and retained the tension between duty to truth and to the dictatorship that makes the police-state cop such an intriguing protagonist.

But somebody — possibly the publisher — has forgotten the first rule of detection, fantastical or not. The reader needs closure at the end of an episode, even if the closure is a small one within the much larger narrative arc of a series. Wolfhound Century just stops at page 302, with nothing resolved — although a second volume is due out this year. It’s still worth reading, but it will let you down at the end.

There’s something uncomfortably comforting about both these tales, because they situate evil elsewhere. It was in another country and, besides, the witch is dead. Watch any news bulletin today and it is soon clear that however a state describes its political system, the enemy of the rule of law is more often than not the domestic establishment.