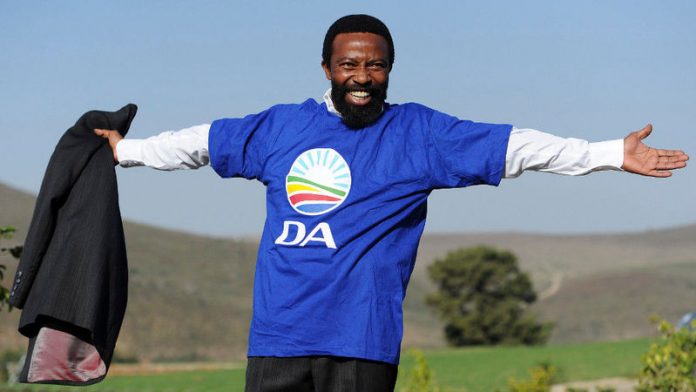 AbaThembu King Buyelekhaya Dalindyebo can run for public office like any other member of the Democratic Alliance if he wants to, the party says. But make no mistake: he has been spoken to, and the DA says he will be expected to operate within the bounds of the Constitution from now on.

"Why can't he run?" Mmusi Maimane, the DA's national spokesperson, said this week when asked whether Dalindyebo's conviction for 10 crimes would prevent him from moving up the party's ranks.

"We believe in an open-opportunity society. His chances are as good or as bad as anyone else's in the party."

However, Maimane said Dalindyebo would have to go through the party's rigorous internal interviewing process, like all members wishing to make a career out of politics.

His criminal charges would count against him, as the party requires that those who put their names forward for positions either in party structures, government or Parliament have to declare their criminal records.

So, although his record would not disqualify him from a career in DA politics, it would probably lessen his chances, Maimane said.

The DA raised eyebrows this week when it welcomed Dalindyebo into the party as a member, in spite of the traditional leader's many convictions for crimes including assault with intent to do grievous bodily harm, arson and kidnapping.

Reign of terror
He was also convicted of culpable homicide for his involvement in the assault of a man who later died as a result of his injuries.

The king burnt down the homes of several of his subjects in 1995 and 1996, allegedly because the owners had not paid "fines" due to the kingdom. A woman and her six children were kidnapped by the king in an effort to force her husband to pay the king his dues.

He oversaw the assault of another three men, one of whom was left mentally handicapped by the beatings; the others were left permanently scarred. Medical evidence presented to court showed the three men would have died without medical assistance.

Dalindyebo claimed that the charges were part of a conspiracy against him, conjured up by politicians and disgruntled community members alike, but the court found his argument had no merit.

In the 2009 sentencing, Judge Sytze Alkema said he believed the king felt he was above the law and the South African Constitution. He likened Dalindyebo's rule to a "reign of terror".

Dalindyebo is appealing the sentence.

Maimane said this week that Athol Trollip, the DA's Eastern Cape leader, met Dalindyebo and discussed this with him. It was explained to the king that his conduct would have to reflect the values enshrined in the Constitution and the DA's liberal values.

Capacity to mobilise
The possibility of him serving a 15-year jail sentence was also discussed. Maimane said the king had agreed to uphold the Constitution and said the party did not "run an ideology test on every new member".

"Dalindyebo agreed that, if his appeal against his sentence fails, he must serve his full jail sentence."

The party was concerned about his criminal conviction, Maimane added, although Dalindyebo's membership would be beneficial to the party.

Dalindyebo's membership highlighted the belief that South African politics did not have to be framed in the typical binary "this party is for the whites and that party is for the blacks" narrative. "Or the idea that traditional leaders belong exclusively to one or the other party. It has something to do with us sobering up our politics," Maimane said

Another benefit would be Dalindyebo's "capacity to mobilise".

"What is very clear is that the DA's the only growing party. When a critical activist comes on board with a certain level of profile, it creates the impression that anyone can join the DA. He acts as a rock in the pool that people can step on to move across to the DA."

But whether or not Dalindyebo will become a DA activist remains an open question.

Chief Jongisilo Pokwana ka Menziwa, chairperson of the Congress of Traditional Leaders of South Africa's Johannesburg regional branch, said this week that Dalindyebo's move to the DA was less about the king identifying with that party and more about him wanting to teach the ANC a lesson.

Centenary celebrations
The chief accompanied Dalindyebo to the Union Buildings last week where he handed over a petition to President Jacob Zuma. In it, Dalindyebo told Zuma to "vacate the Union Buildings and go back to Nkandla". He also complained that the abaThembu nation and his palace did not receive the same benefits afforded to the likes of amaZulu King Goodwill Zwelithini.

Pokwana ka Menziwa said: "The king's blood is black, green and gold. His great-grandfather was the backbone of the formation of the ANC. Last year, right in the middle of what the ANC has done to the king – all the negative publicity as well as the court cases plus attempts to have him unseated and or arrested – the king donated a 65-head herd of cattle to the ANC for its centenary celebrations.

"So this must tell you a lot about where his heart is at, in spite of these disappointments. I think that the king wants to send a message to the ANC by this DA move. He said recently that the ANC must be taken out of government just for five years so that it can be given time to reflect."

Nevertheless, the ANC said it did not need Dalindyebo. The Eastern Cape ANC said it wished Dalindyebo well "in the political wilderness because he will need it". It said his decision "would surely rattle the bones of his forefathers".

The South African Communist Party in the Eastern Cape had equally harsh words, calling Dalindyebo's move to the DA "a marriage of desperation". The party's Eastern Cape spokesperson, Siyabonga Mdodi, said: "The king [is] desperate to escape a jail term and the DA [is] desperate to gain black votes as the only basis for them to continue enjoying and protecting the benefits for the rich as the shop stewards of the bourgeoisie."

Maimane said the negative reaction to Dalindyebo's decision to join the DA was nothing more than an expression of discomfort with what he called "the new DA".

"The media hype on this issue stems out of a defensive mode that says 'this is a DA that we don't know'. I think people are surprised and uncertain about this new DA. It's a very diverse party," he said.

A spokesperson for Dalindyebo, Bovulengwe Mfundo Mtirara, said that Dalindyebo and Trollip had a two-hour, closed-door discussion the day the king joined the DA.

"I wasn't in the meeting, but after the meeting Trollip announced that the king had agreed to abide by the party's rules."

Mam’ Winnie will rest in peace with her great-granddaughter

Royal family wants King Dalindyebo out, but he’s fighting to retain his kingship

Africa battles to rid itself of absolute kings and mini-monarchs