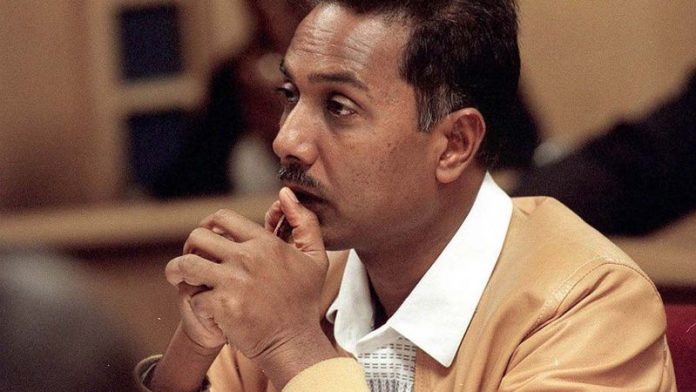 The man at the centre of both scandals is shadowy Durban businessperson and police agent Panganathan “Timmy” Marimuthu.

Magashula resigned last week when it emerged he had misled an inquiry ordered by Finance Minister Pravin Gordhan.

The inquiry was set up following a March 24 exposé in City Press that published transcripts of a secretly taped recording made in 2010 of Magashula and Marimuthu offering a then 28-year-old female chartered accountant, Nosipho Mba, a R700 000-a-year job at Sars.

The recording obtained by City Press suggested Marimuthu used his phone to call Mba and then handed the phone to Magashula.

It appears the recording was obtained by crime intelligence as part of a surveillance project on Cele and people regarded as close to him, of whom Marimuthu was one.

It emerged that many members of Marimuthu’s family, including his wife, son and daughter, were recruited as agents.

“They were allegedly employed as a favour or as part of a payoff to the prominent person in return for consultancy services rendered to crime intelligence in respect of the national commissioner,” Hankel wrote.

In November 2010, Mdluli approved an application by a Durban crime intelligence officer to bug the phones of a local crime syndicate. That application included cellphone numbers for Cele and Sunday Times reporters Mzilikazi wa Afrika and Stephan Hofstatter – all under false names – meaning that they were monitored without being identified as the targets. It is not known whether Mdluli was aware of this.

In January 2011, Marimuthu, who ran several construction and transport businesses, was formally appointed a member of the covert agent system.

About that time, Cele was asked to attend a meeting with Mdluli in KwaZulu-Natal to discuss the restructuring, intelligence sources told amaBhungane. The meeting took place at Marimuthu’s home on Umhlanga Ridge.

Cele said, until then, he had not been aware of any possible connection between Marimuthu and crime intelligence but added that he could not comment on Marimuthu’s official status.

AmaBhungane has established that Marimuthu was present at another meeting with Cele in Pretoria. The meeting was arranged by the man who controlled crime intelligence covert funds drawn from the secret services account, Solly Lazarus. The proposed restructuring would have reduced Lazarus’s control of the secret account, something he was resisting.

Cele confirmed the meeting but said Lazarus did not get what he wanted. He said he did not question Marimuthu’s presence: “I was trained by MK [Umkhonto weSizwe]. In intelligence you don’t ask questions.”

Cele confirmed that Marimuthu was “more than an acquaintance” but denied they were close friends. Cele added that covert funds were outside the control of the national commissioner.

An intelligence source, who asked not to be identified, said: “Mdluli latched on to Lazarus. They had been station commissioners together in Gauteng.

“When Mdluli got to crime intelligence, I think he saw how things worked; he saw the lucrative environment, but he wanted to remove Lazarus from the scene. So he arranged to transfer Lazarus out of running the account – he told him it was because of Cele.

“Lazarus wanted to know why he was being shifted. He approached people to ask: Who knows Cele well, who can approach him? He was told to use Marimuthu.”

Who leaked the recording?
Magashula told the inquiry, headed by retired Constitutional Court Justice Zac Yacoob, that on the day of the conversation he was on holiday in Durban and had arranged to meet a senior government colleague. (In a later affidavit he claimed the colleague was Cele.)

“I considered the trip also an opportunity to meet Mr Cele, whom I had struggled to meet on several occasions we had attempted to … I met Mr Cele on the afternoon of ?May 14 2011 at a fish shop in Umhlanga … It was during this meeting that Mr Marimuthu joined us and the events that have since been reported took place.”

Cele denied that he was present at that meeting. He said Magashula could have met him about once a month at the security cluster committee meetings they both attended.

Curiously, Cele was never asked by the inquiry to give evidence, despite the fact that from the start he was named as being party to the meeting – and the fact that discrepancies in Magashula’s version of events emerged relatively early.

Magashula admitted encountering Marimuthu at least four times before the recorded conversation, first at the house of Durban business tycoon Vivian Reddy in January 2010, then on the day of the 2010 Durban July, on the Sunday after the Durban July, and later on a plane returning from Dubai. Magashula said he was a close friend of Reddy.

The question of who leaked the recording of Magashula’s conversation remains open.

The Yacoob report notes that Deputy Finance Minister Nhlanhla Nene had been approached by “a certain person” and told about the existence of the recorded conversation.

“We made our own inquiries about this person, whose identity is withheld at his request because he says he fears for his safety,” the report stated.