Mysterious Mandela song to be released after over two decades 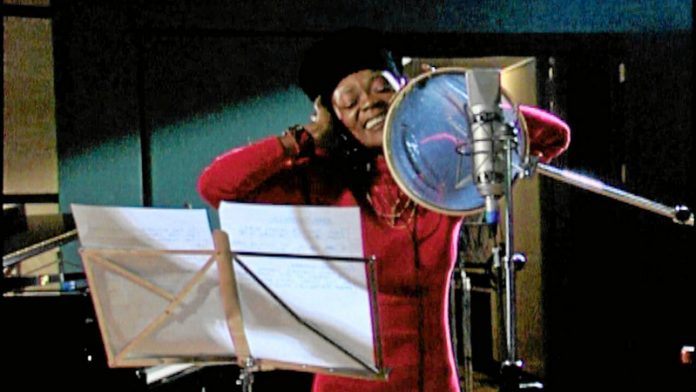 The song was recorded shortly after Nelson Mandela was released from prison.

Harvey Roberts, director for the Bula Music record company, said they want to release the song as part of a Mandela tribute compilation. “I learnt about this song from a social network today [Friday] and the coincidence was overwhelming because we are currently compiling an album with all the songs written about Nelson Mandela,” he said.

But first, Roberts has to establish who the rightful owners of the song are in order to cut a deal for its commercial release. “There seems to be a lot of confusion about the rights, so it will be a complicated situation. But we have to untangle it and ensure that this song gets its much deserved airplay,” said Roberts.

He is planning on approaching the writer and composers to get their permission to release the song and to have all proceeds go to a Mandela charity. The song was written by singer Jennifer Ferguson and composed by guitarist Ray Phiri, pianist Rashid Lanie and the late bassist Victor Ntoni.

In a Mail & Guardian article on Friday, Nic Hofmeyer, who shot footage of the recording and a music video, revealed the song was never released because it was deemed to be promoting Mandela. According to Ray Phiri of the Sankomota band, “We were told that the song was undesirable, biased towards promoting Mandela. Political pressure at the time was such that various songs were banned if they appeared to be political statement rather than simple music."

Harvey found it strange that over the years he had worked with almost all the artists featured in the song, but none of them had ever mentioned the song. "This song was magical, when you watch the studio footage; the energy and the love captured is rare to find these days."

'Pay tribute to this giant'
"Hotsix" Mabuse, who featured in the track, is over the moon that the song will re-surface. "That is a very special song and its release is long overdue. I would agree that its proceeds must go to the Nelson Mandela Children’s Hospital. That would be a more deserving charity and an honourable way to pay tribute to this giant,” he enthused.

Hostix recalls when as musicians, they received a special invite from Madiba to his house in Orlando West three days after his release. “He wanted to meet members of civil society, to understand their thoughts and their feelings about South Africa. It was electrifying, the magic was overwhelming,” he remembers.

Mabuse and the artists who feature in the song were shocked to learn that Mandela knew all of them by name. “He called me Shikisa, a title from one of my songs. This man thanked us for keeping hope alive in South Africa through music. We cried. Nelson made grown men cry.”

Mabuse is convinced the song became a reality after this meeting and subsequently they all gathered to record the tribute. “We were not being political. The truth is the people wanted Mandela. He is a humble, selfless man, who has always been at the receiving end of endless love and adoration. Only Jesus can tell a similar tale.”

Music video for the song
Harvery is currently in talks with Hofmeyer and producer Pam Devereux-Harris to have the video of the song included in the Mandela compilation. Gallo Music also contributed funds to the recording of the song.

“As a producer I have the rights to the raw footage of the recording and the music video,” said Harris, who seems keen to work with Harvey and Hofmeyer to ensure that this song finally sees the light of day.

The video footage was shot during a Human Rainbow concert at Ellis Park in the early 1990s. This is the only stage this song has been performed on, in the presence of Mandela. The concert itself had been previously banned by the government. On this day, it is said that the late Fassie was draped in ANC colours.

“We shot footage for many days pro bono. I have been trying to release this work for years but there are some disputes over ownership. Once this has been sorted out, we will digitise and edit the work. Whatever money that gets made must go to one of Nelson Mandela’s charities,” said Harris, sharing the same sentiment as everyone who worked on this project.

Mabuse said this song has come at the right time, as the perfect tribute to the ailing statesman who is spending his second month in hospital. “From some of the best musicians this country has ever seen, this is a song that has not changed in its essence. We still feel the same way about him as we did then,” he said.

And the winner is the Samas: 27 years of SA music