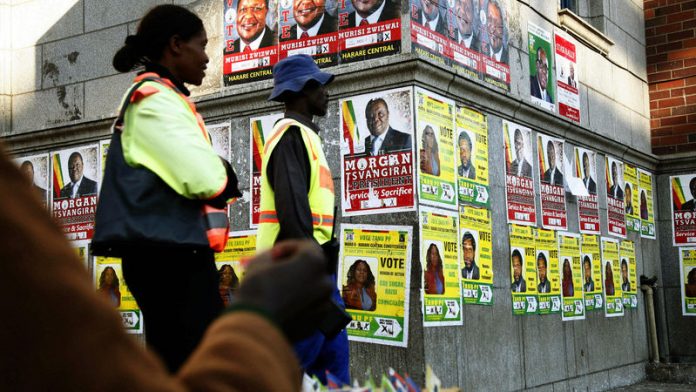 "The presidency has noted with great concern, recent unfortunate statements made on the situation in Zimbabwe," spokesperson Mac Maharaj said in a statement.

Maharaj said the comments were attributed to a team member supporting Zuma in his role as a facilitator, with South Africa appointed by Southern African Development Community (SADC) to offer assistance to help Zimbabwe's political parties resolve their differences.

The Agence France-Presse news agency reported on Friday that Zulu had said there were challenges leading up to the July 31 elections in Zimbabwe, following problems with early voting.

"If things didn't go right in the special vote, those things need to be looked into by the time of elections on July 31," Zulu said.

Imposition
Maharaj said the technical team supported Zuma in his role as facilitator, could not impose its views on Zimbabwe, nor make public pronouncements.

"Only President Zuma has the mandate to speak on Zimbabwe on behalf of SADC on facilitation issues," Maharaj said.

"A number of statements have been made during the facilitation process which have been unauthorised and which are regrettable and unfortunate. Some of the utterances have also been inaccurate."

"No such telephone call has been made," said Maharaj.

Zuma had also been alerted to "inappropriate postings" in social media on the situation in Zimbabwe.

"South Africa remains fully committed to the warm historical relations with the republic of Zimbabwe and wishes the people of Zimbabwe well as they prepare for the elections," said Maharaj. – Sapa