Festival to focus on ‘Achebe’s children’ 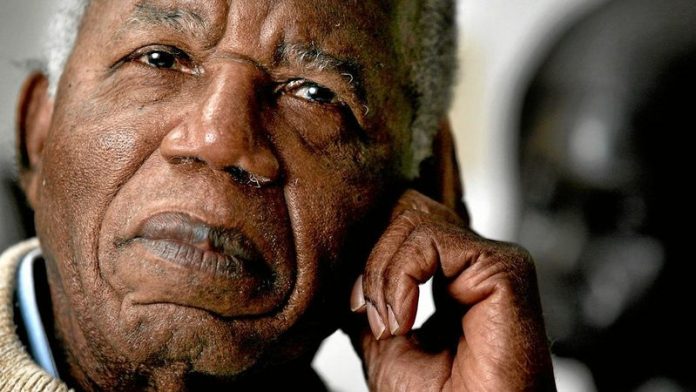 Nadine Gordimer, Adam Habib, NoViolet Bulawayo (on the long list for the Booker Prize), Ronnie Kasrils, Isabel Hofmeyr, Shaun de Waal, Craig MacKenzie and Niq Mhlongo are among the writers, thinkers, academics and activists who will take part in the fourth M&G Literary Festival at Jo’burg’s Market Theatre from August 30 to September 1.

The festival will pay tribute to and draw inspiration from the late Chinua Achebe, adopting as its theme and subtitle Achebe’s Children: Africa’s Suspended Revolutions. In the keynote address on August 30, Adam Habib — the new vice-chancellor of the University of the Witwatersrand — will talk about South Africa’s suspended revolution.

The festival’s theme chimes also with Habib’s forthcoming book, South Africa’s Suspended Revolution: Hopes and Prospects, which will be published by Wits University Press and Ohio University Press in August. The book is billed as shedding “light on how individuals and institutions can, with imagination, act against the grain of a given historical moment and transform the options available to society”.

At 9.30am on August 31, kicking off the first of the festival’s seven panel discussions, Habib will appear with Adriaan Basson (Zuma Exposed) and Hlumelo Biko (The Great African Society) in Hopes and Impediments, a conversation chaired by the Mail & Guardian’s comment and analysis editor, De Waal. As with many of the festival’s session titles, Hopes and Impediments is drawn from Achebe’s works.

Next up will be Nobel laureate Gordimer, in A Man of the People: Reflecting on Chinua Achebe’s Legacy, from 11.30am to 1pm. Gordimer and lunch will be followed by two parallel sessions from 2.30pm to 4pm.

The Achebe line “It is only the story [that] can continue beyond the war and the warrior” steers discussion in session four. Chaired by Imraan Coovadia, it features novelists Mhlongo (Way Back Home), Nthikeng Mohlele (Small Things), Mtutuzeli Nyoka (A Hill of Fools) and Mongane Wally Serote (Rumours).

Upstairs in the Barney Simon Theatre will be No Longer at Ease — Books as Agents of Insurrection, chaired by festival co-director Corina van der Spoel. Panellists are Archie Dick (The Hidden History of South Africa’s Book and Reading Cultures), Hofmeyr (Gandhi’s Printing Press: Experiments in Slow Reading) and Bronwyn Law-Viljoen, the founder and publisher of Fourthwall Books.

The sixth session, from 4.30pm to 6pm, looks at memoir, biography and autobiography under the rubric The Bravery of the Lion: “Until the lions have their own historians, the history of the hunt will always glorify the hunter.” Chaired by MacKenzie, it will feature panellists Kasrils (Armed and Dangerous), Jacques Pauw (Rat Roads) and Toni Strasburg (Fractured Lives).

The first session on September 1 (11am) will examine fact and fiction, guided by the Achebe line: “The story is our escort, without it we are blind.” It will be chaired by Craig Higginson with novelists Maren Bodenstein (Shooting Snakes), Dominique Botha (False River), CA Davids (The Blacks of Cape Town) and Claire Robertson (The Spiral House).

Ending the festival will be Migration: There Was a Country, from 12pm to 1.30pm. Chaired by Matthew Wilhelm-Solomon, it will look at migration and the invisibility — voluntary and involuntary — of migrants. Bulawayo (We Need New Names), Christa Kuljian (Sanctuary), Caroline Wanjiku Kihato (Migrant Women of Johannesburg) and the M&G’s Kwanele Sosibo will be among the panellists.