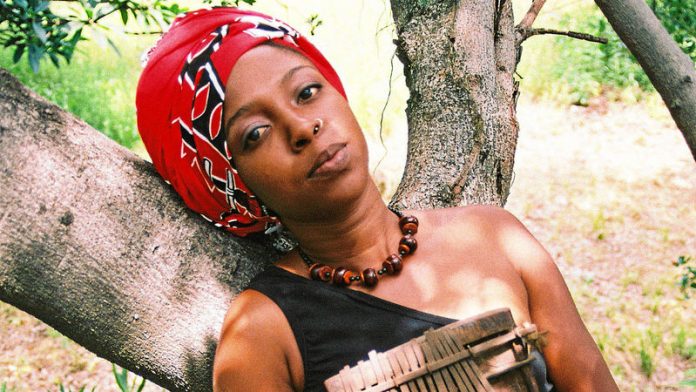 Chiwoniso Maraire, the gifted singer credited with introducing Zimbabwe’s traditional mbira music to younger, urban audiences, has died at the age of 37 in an hospital in Harare.

Born in the United States, Maraire returned to Zimbabwe in her teens. She was a citizen of the world, and this was reflected in her music. She put soul and R&B into mbira, influencing a generation of urban singers.

Zimbabweans were first introduced to Maraire in the early 1990s, when she formed part of Afro-fusion hip-hop trio A Peace of Ebony. She was just 15 and had recently returned from the US, where her father, mbira legend Dumisani Maraire, was teaching mbira at university.

A Peace of Ebony was perhaps the first group to fuse mbira with contemporary beats.

In 1996, she joined The Storm, a band led by maverick guitarist Andy Brown, who later became her husband. The Storm became one of Zimbabwe’s biggest bands, touring the world and winning accolades. From the playful ditty Let the Children Play to the powerful Vachitepo, Maraire’s firm voice and Brown’s plucky guitar made a beautiful combination.

Her greatest work was the Ancient Voices album, which was released in 1998. More than all her other work, this was the album that brought cool to mbira music. It is a deeply spiritual work, with lyrics so profound it was hard to imagine she had written many of them in her teens.

In Mai, an ode to her late mother, she sings: “Sometimes I imagine I hear your voice, in the trees whispering/ still find myself searching for your face, though I know you’re gone.”

Her relationship with Brown was on the rocks when she recorded Wandirasa, a powerful song about unrequited love. “I could never leave you even if I wanted to/ So if I cry, it’s only because I don’t know what to do,” she sings.

Ancient Voices earned Maraire the Decouverte Afrique from Radio France International. The album entered the World Music Charts Europe three times and won her a nomination for a Kora award for best female vocals of Africa in 1999.

In 2001, she left The Storm to put together her own band, Vibe Culture. She had a strong stage presence, and often appeared to be lost in a parallel universe while she performed.

She later released Timeless, an all-mbira album, and Rebel Woman, an angry album in which she sings about failed relationships and the oppression of women.

She is survived by two children.