Twitter attacked for its ‘inadequate’ response to rape threats 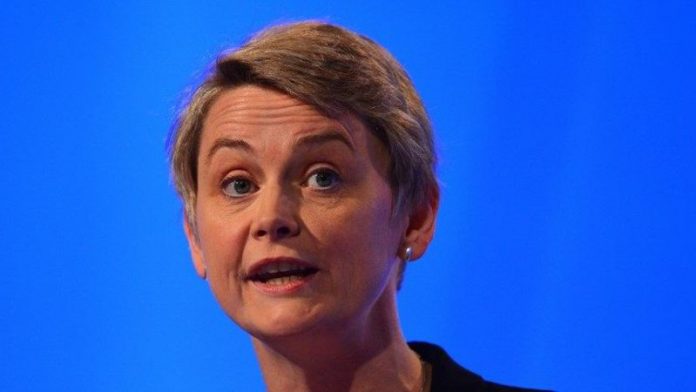 UK MP Yvette Cooper has written to Twitter criticising its "inadequate" response to the "disgraceful, appalling and unacceptable" comments made against a feminist campaigner who was subjected to a sustained barrage of threats.

Caroline Criado-Perez faced a deluge of hostile tweets over the course of more than a day, including threats to rape and kill her, after she successfully campaigned for a woman's picture to be put on a new banknote.

A campaign in her support, calling on Twitter to introduce a button to allow speedy reporting of abuse, has already received thousands of signatures and she has received support from MPs and celebrities.

In response Tony Wang, the general manager of Twitter UK, said the company took online abuse seriously and called on people to report any "violation of the Twitter rules".

But Cooper wrote to Wang on Sunday saying the company's response was inadequate.

"Despite the scale and seriousness of these threats, the official response from Twitter continues to be extremely weak – simply directing Caroline away from Twitter towards the police, and, belatedly, directing users to abuse-reporting forms on Twitter.

"Of course it is right to report such abuse to the police, and it is very important that they investigate and pursue this case. But social media platforms also have a responsibility for the platform they give users. And in particular they have a responsibility not to tolerate this kind of abuse, rape threats and potentially criminal behaviour."

'Clearly' inadequate
Cooper added: "The response by Twitter has clearly been inadequate and fails not only Caroline, but many more women and girls who have faced similar abuse on your social network."

She said more than 20 000 people had already signed an online petition asking Twitter to allow users to report abuse directly with one click.

She added: "I urge you to go further and ensure that Twitter carries out a full review of all its policies on abusive behaviour, threats and crimes, including more help for Twitter users who experience abuse, a clear complaints process and clear action from Twitter to tackle this kind of persecution."

There are already attempts being made to organise a boycott of the free social media platform on August 4 to highlight the issue.

Earlier Criado-Perez said: "It's sadly not unusual to get this kind of abuse but I've never seen it get as intense or aggressive as this. It's infuriating that the price you pay for standing up for women is 24 hours of rape threats. We are showing that by standing together we can make a real difference. We made the Bank of England change its mind; we can do the same with Twitter."

Criado-Perez, a freelance journalist who co-founded thewomensroom.org.uk and the Week Woman blog, and fellow campaigners were delighted last week when the Bank of England confirmed that the Pride and Prejudice author would replace Charles Darwin on the notes, probably in 2017. She organised a campaign which included a petition signed by more than 35 500 people after the Bank of England decided to replace Elizabeth Fry with Winston Churchill on new £5 notes.

Jane Austen
The move would have meant there were no women apart from the Queen on sterling banknotes.

Her campaign was a success, with an announcement by the Bank last week that the author Jane Austen will feature on the new £10 when it is introduced in 2017.

Stella Creasy, the Labour MP for Walthamstow, is one of those supporting Criado-Perez.

"What Caroline has had to deal with in the past day is not only disgusting, but criminal," she said. "A quick look at Twitter this morning shows that women are not prepared to stand by and take this kind of abuse. Twitter needs to get its house in order, and fast."

Wang tweeted: "We encourage users to report an account for violation of the Twitter rules by using one of our report forms. Also, we're testing ways to simplify reporting, eg within a tweet by using the "report tweet" button in our iPhone app and on mobile web. We will suspend accounts that, once reported to us, are found to be in breach of our rules."

A Twitter spokesperson added: "The ability to report individual tweets for abuse is currently available on Twitter for iPhone and we plan to bring this functionality to other platforms, including Android and the web.

"We don't comment on individual accounts. However, we have rules which people agree to abide by when they sign up to Twitter. We will suspend accounts that, once reported to us, are found to be in breach of our rules." – © Guardian News and Media 2013