How I learnt to love Bollywood 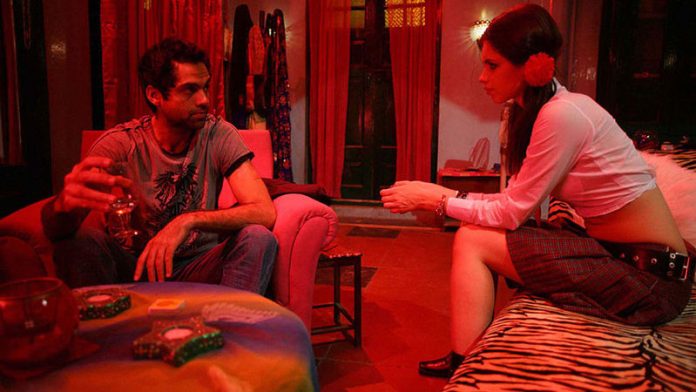 It wasn’t until I was a graduate student, in Oxford, in the late 1980s, that I began to discover Hindi cinema. The word “Bollywood” existed then, but it wasn’t a catch-all term to describe a cinematic tradition of great, contradictory variety, and one that was only a strand — albeit the most publicised one — in Indian cinema as a whole.

What drew me were the black-and-white movies of the 1950s and 1960s; movies I hadn’t seen either because they had been made before I was born or when I was too small, or because my middle-class upbringing prohibited me from taking them seriously.

I grew up on Hollywood movies. When I was a teenager, I became aware of the astonishing work of Satyajit Ray, who stood at the source of an arthouse cinema that was seen as a serious — or tedious, depending on your point of view — counterpoint to the absurdities of Hindi cinema.

To set out deliberately to discover the Hindi popular cinema of the 1950s in Oxford in 1987 was really to go against the grain of what I knew.

I didn’t do this for nationalistic reasons: yet the movies — especially the great artists in that disreputable lineage, such as Guru Dutt, Bimal Roy, Kamal Amrohi and early Raj Kapoor — told me what no other document could about the India I had left behind, both physically and in time. When I say “told me”, I don’t mean information: I mean that the way they dealt with light, setting, Indian faces, and especially their sui generis, startlingly innovative music, was deeply revealing. I studied them as a young monk in another age might have pored over old manuscripts.

What made these films astonishing was the mix of people behind them, who had made their way to Mumbai from various locations — the Bengali and South Indian directors; the Muslim storytellers and poets who wrote the scripts and composed lyrics for the songs to make a living; the music arrangers of Christian, “Anglo-Indian” origin.

Bollywood cinema
There was a strange inappropriateness about my moment of discovery: Bollywood cinema was, by the late 1980s, at a nadir. The disappearance of the old craft and lyricism, the substitution of musical innovation with assembly-line noise, the rise of the video cassette recorder, the waning of Nehruvian pieties and the gradual rise of the Hindu right had combined to create conditions in which Bollywood lost both its magic and its confidence, and fewer and fewer people were watching what were increasingly commercially driven but irrelevant movies.

Not that people had turned to more artistic options: endless and baffling soap opera versions of the Hindu epics, the Ramayana and the Mahabharata, were what gripped a new and socially diverse television audience.

Meanwhile, Ray’s kind of filmmaking — now diluted into a middlebrow, socially relevant “parallel” cinema, largely uninterested, unlike Ray or Guru Dutt, in the luminous image — was also, decisively, dying out.

But “experimental” filmmakers, to the chagrin of many, would continue to be funded for films that had no distributors by the Kafkaesque National Film Development Corporation: a funding body that was largely a failure, as all state-driven initiatives for the arts have generally been in India.

By the end of the 1980s, it seemed that neither Bollywood nor “parallel” Hindi cinema were viable or living entities.

Something happened in the 1990s that gradually brought Bollywood back to centre stage: firstly, the curious mix engendered by economic liberalisation, and a new globalised class — including NRIs (nonresident Indians) — that was Anglophone but, unlike the earlier educated bourgeoisie, wanted to see its fantasies portrayed in Hindi cinema.

Johar made glossy, melodious, middle-class epics for homegrown Indians and affluent expatriates alike; the curiously mixed provenance of some of his films — American fantasy, Indian values and a sweeping sense of his class’s new aspirations and disappointments — resulted in work that wasn’t entirely unconvincing or uninteresting.

As with much of Bollywood, it was its own untranslatable language, and, sometimes, it miraculously worked.

My own prejudices meant that I was slow to notice that this cinema had crept up again on India. But when I lighted on it after officially returning to India in 1999, mainly when switching from channel to channel on cable television, I found it both contained and expressed the ambivalence of present-day, capitalist India in a way that neither the old social realist films could have, nor the Indian novel in English was doing.

However, at its heart (as in the hearts, often, of Indian expatriates) there was, sometimes, a conservative core, which — as with the Hindu nationalist BJP — didn’t seem to be at odds, paradoxically, with embracing the United States and capitalism.

Early in the new millennium, just as Bollywood seemed to become all gloss and syrup, there was another development. It was signalled to me by the release of a reworking of Macbeth, called Maqbool, starring Irrfan Khan, which set the Shakespeare play in the Mumbai underworld.

Reworkings and recycling are unsurprising in Hindi cinema; in the 1970s, Bollywood film and music directors were seen to be incorrigible plagiarists of Hollywood movies and American pop tunes. In fact, recycling is a great strength of premodern Indian culture, and episodes of the Mahabharata and Ramayana are the subject of infinite variations in poetry, drama and dance.

But Maqbool represented an approach to a Western work, and a canonical literary text, that was unprecedentedly liberated, inventive, artistic and irreverent, and it did this without any of the postcolonial mannerisms of modern Indian novels in English, of “writing back” to the Empire. It was a considerable work of art, and was made by a burly, moustached filmmaker called Vishal Bhardwaj who, if he was put into a white uniform, wouldn’t look out of place as a customs official.

Shakespeare
Bhardwaj followed this extraordinary film with another one: Omkara, his version of Othello closely based on Shakespeare’s play, but relocated to the depressing, small-town gangland politics of Uttar Pradesh, reminding us that the sort of people Shakespeare had once portrayed were also a species of warlords and hooligans.

The semi-comprehensible North Indian dialect in which the characters spoke also brilliantly approximated Shakespeare’s own intricate, poetic and unfamiliar language.

The fact that these films didn’t figure in a recent list put together by Philip French of the 10 best cinematic versions of Shakespeare indicates that the new independent Hindi cinema, and its power, still hasn’t quite penetrated the Western consciousness.

By “independent” I not only mean a cinema taking advantage of the new mutliplexes, and surviving on smaller city audiences, but also one that has made a departure from a familiar “feel-good” sweetness. At its best, it is a young tradition of genuine, nervous irreverence — nervous, because, given Bollywood was increasingly identified with the exuberance and self-worship of the “new India”, it was always going to be difficult for it to be neurotic, cussed, and even scatological. Yet this seems to have happened.

A few years after Omkara, Anurag Kashyap, who had once rescued himself from descending irretrievably into alcoholism, presented a contemporary version of one of the Bengali novelist Sarat Chandra Chatterjee’s artistically lesser but most popular novels, Devdas, calling it Dev D.

Devdas has been filmed several times in Bengali and Hindi, and the name (of the eponymous protagonist) has become a slang term meaning lovelorn drunkard.

Kashyap situated this person first in a small town, then in Delhi, and, by a slight but startlingly effective modulation, transformed Devdas from the romantic lush of the classic to a person with a serious alcohol problem, incapable of stable relationships.

Hindi independent cinema
In other words, Kashyap did to Chatterjee’s story what John Coltrane once did to My Favourite Things.

This sense of anarchy in relation to the canonical is what I would characterise as one of the features of the new Hindi independent cinema.

The departure one associates with this tradition is also evident in its shift of locale from Mumbai to Delhi — a bureaucratic capital city transformed by liberalisation into a fervid zone for thieves and scamsters.

Of course, thieves and scamsters are what many of today’s politicians in India are, but that’s not how, despite a recent Supreme Court ruling meant to restrain people with criminal records from contesting elections, the “world’s largest democracy” sees itself.

Dibakar Banerjee, in his first two delightful comedies, Khosla ka ghosla and Oye Lucky Lucky Oye, doesn’t portray the political class directly. But, in these great Delhi movies, he explores the desire, chicanery and putative quick-wittedness that animates that city in the new millennium.

Abhinay Deo’s Delhi Belly, also set in the capital, makes literal the Americanism “shit happens” (a message emblazoned on the film’s poster) by giving us a narrative in which a package of diamonds originating from a Russian gangster gets mixed up with another containing a stool sample originating from an Indian one with a gastrointestinal problem.

Slumdog Millionaire features faeces too, but in a way that plays its part in, and confirms, the indomitable India story. This shit is different. Its unseemly trail provides us with an alternative to Danny Boyle’s winning spectacle and to everything that preceded it in Bollywood. — © Guardian News & Media 2013

From Cairo (and jail) to a master’s at Wits

[Archives] What the Gupta guards saw: VIPs and bags of cash