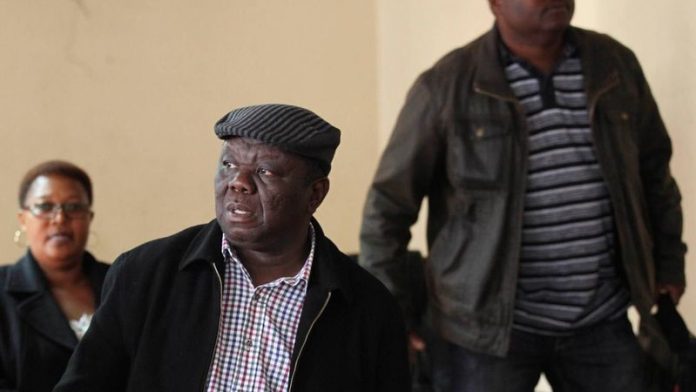 Zuma described Wednesday's elections as "harmonised" and called for peace in the neighbouring country, the international relations department said in a statement.

"President Zuma urges all political parties in Zimbabwe to accept the outcome of the elections as election observers reported it to be an expression of the will of the people.

"[He] also encourages the people of Zimbabwe to seize this opportunity to collectively contribute towards building their country driven by a common desire for peace, stability and prosperity."

Zuma said South Africa was ready to continue its relations with Zimbabwe.

Official results showed Mugabe won 61% of the presidential vote and a super-majority in Parliament, routing his long-standing political rival Morgan Tsvangirai, who trailed heavily with 34%.

But 61-year-old Tsvangirai, who has unsuccessfully tried to unseat Mugabe three times, condemned the vote as "fraudulent and stolen".

US Secretary of State John Kerry issued a statement on Saturday describing the election as "deeply flawed".

"The United States does not believe that the results announced today represent a credible expression of the will of the Zimbabwean people," Kerry said.

Tsvangirai vowed to challenge the result in court and said his Movement for Democratic Change (MDC) would boycott government institutions.

"We will not join government," he said. "We will go to court."

"The fraudulent and stolen election has plunged Zimbabwe into a constitutional, political and economic crisis."

He defended the MDC's decision to enter into an uneasy power-sharing government with Mugabe, who has had him arrested, beaten and charged with treason.

"Our participation rescued this country. Schools had closed, hospitals had closed. We were using the Zimbabwe dollar which was worthless, there were no goods in the shops, everyone was desperate," he said.

But furious at the alleged scale of rigging this time round, Tsvangirai said the days of cohabitation were over.

The MDC now has until Wednesday to present evidence of fraud to the high court, but finding a smoking gun may prove difficult.

Tsvangirai said he would submit a dossier of "all irregularities and all the illegalities" to the influential 15-member Southern African Development Community (SADC) and called for an urgent summit.

Kerry said there had been irregularities in the provision and composition of the voters roll, adding: "The parties had unequal access to state media. The security sector did not safeguard the electoral process on an even-handed basis."

British Foreign Secretary William Hague added his own "grave concerns" over the conduct of the vote in the former colony.

The European Union, which had been moving toward easing long-standing sanctions, expressed concern about "incomplete participation, as well as the identified weaknesses in the electoral process and a lack of transparency".

But Emmerson Mnangagwa, defence minister and a key Mugabe lieutenant, hit back at these accusations and argued the result was a game-changer.

"The West will now have to climb down, they must find a ladder and climb down … A democratic election has taken place in Zimbabwe," he told Agence France-Presse.

Zimbabwe's neighbours have given the vote qualified approval.

The SADC, which engineered the power-sharing government, said it was "free and peaceful".

"We did not say it was fair … we didn't want to jump to a conclusion," said top SADC election observer Bernard Membe.

However, the poll's credibility was further called into question by the resignation of one of the nine official electoral commissioners.

In a letter seen by AFP, Mkhululi Nyathi quit over "the manner" in which the polls "were proclaimed and conducted".

"While throughout the whole process I retained some measure of hope that the integrity of the whole process could be salvaged along the way, this was not to be, hence my considered decision to resign," she said.

Tsvangirai stopped short of calling his supporters on to the streets, fearing a repeat of the bloody crackdown that followed his win in the first round of 2008 polls.

And in Harare late on Saturday, there was calm, with little sign of protests or pro-Mugabe victory rallies.

"In 2008 we voted in anger, but this time we knew what we were doing, having experienced the two leaders — we now know who has the qualities to be a leader," said barber Right Chirombe (28).

Even before the official election results, Mugabe followers were planning how to use a parliamentary majority.

Investors have expressed fears that may mean rolling back the power-sharing government's efforts to stabilise the economy after crippling hyperinflation and joblessness.

"It's back to extreme volatility," said Iraj Abedian, the CEO of Pan African Investments.

"We can expect fairly radical positions that will have populist support, but which will have huge implications." – AFP