Food tasters on Monday declared it tasted "close to meat".

Grown in-vitro from cattle stem cells at a cost of $332 000, the burger was cooked and eaten in front of television cameras to gain the greatest media coverage for the culmination of a five-year science experiment.

Resembling a standard circular-shaped red meat patty, it was created by knitting together 20 000 strands of laboratory-grown protein, combined with other ingredients normally used in burgers, such as salt, breadcrumbs and egg powder.

Red beet juice and saffron were added to give it colour.

Hmmmm?
The two food tasters were reserved in their judgement, perhaps keen not to offend their host at the London event, noting the burger's "absence of fat".

Pressed for a more detailed description of the flavour, food writer Josh Schonwald said the cultured beef had an "animal protein cake" like quality to it, adding that he would like to try it with some of the extras often served with traditional burgers – salt, pepper, ketchup and jalepenos.

Even the scientist behind the burger's creation, vascular biologist Mark Post of Maastricht University in the Netherlands, was relatively muted in his praise of its flavour.

"It's a very good start," he told the hundreds of reporters who had gathered to watch the meat being cooked and served.

The Dutch scientist's aim was to show the world that in the future meat will not necessarily have to come from the environmentally and economically costly rearing and slaughtering of millions of animals.

"Current meat production is at its maximum – we need to come up with an alternative," he said. 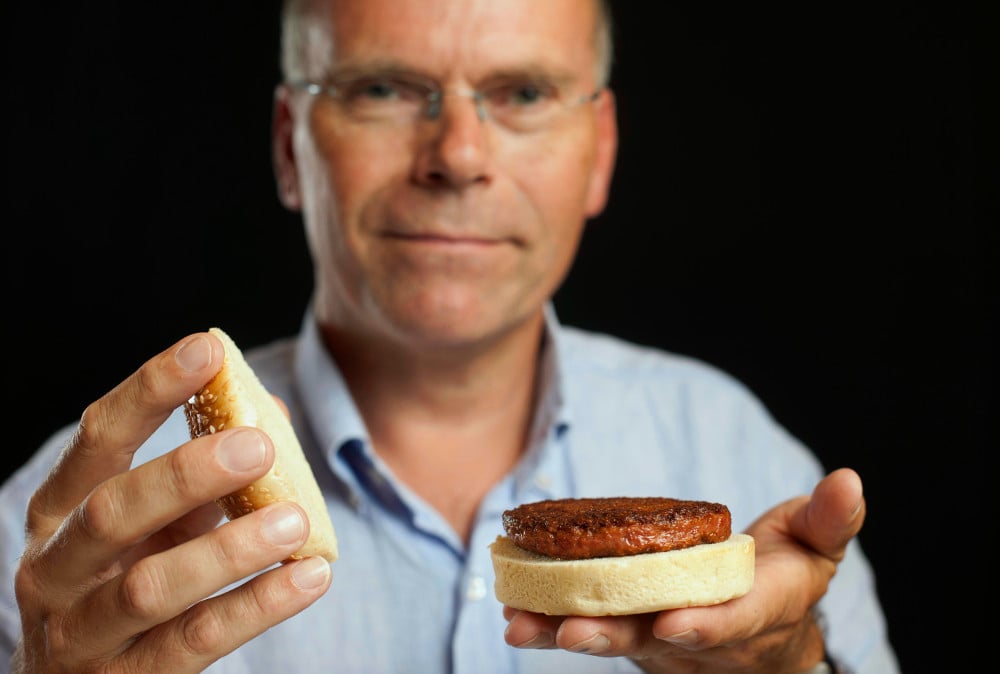 According to a 2006 report by the UN Food and Agriculture Organisation (FAO), industrialised agriculture contributes on a "massive scale" to climate change, air pollution, land degradation, energy use, deforestation and biodiversity decline.

The meat industry contributes about 18% of global greenhouse gas emissions, a proportion expected to grow as consumers in fast-developing countries such as China and India eat more meat, the report said.

Game-changing innovation
Chris Mason, a professor of regenerative medicine at University College London, who was not involved in the research, said it was "great pioneering science" with the potential to ease environmental, health and animal welfare problems.

But, he added: "While the science looks achievable, the scalable manufacturing will require new game-changing innovation."

Post said he was confident his concept can be scaled up to offer a viable alternative to animal meat production, but said it may be another 20 years before lab-grown meat appears on supermarket shelves.

He also conceded that the flavour of his meat must be improved if it is to become a popular choice.

Post resisted requests from journalists from all over the world eager to try a morsel of the world's first cultured beef burger, saying there was not enough to go around.

Instead, he said, his children would be offered the leftovers. – Reuters

Do 12 Africans die of hunger every minute?

Displaced families in DRC at risk as food dries up

Zimbabwe on the brink of a food crisis