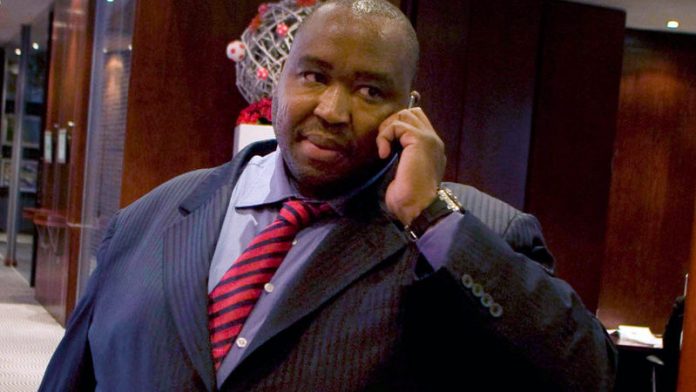 Fifty thousand rands. That's how much it will cost just to get into the running for exclusive coverage of the wedding of President Jacob Zuma's nephew Khulubuse to Swazi princess Fikisiwe Dlamini.

That's where bidding will start, according to the PR agency charged with selling media rights to the controversial businessman's wedding in October this year.

Described by the agency, Lifestyle Tabloids, as a "huge royal wedding", between "South Africa's first house and the Swaziland monarchy", the event is set to be an extravagant affair. Lifestyle Tabloids was coy about revealing details but Sunday World reported two ceremonies will take place – one at the Swazi royal house on October 6, the second at Khulubuse's Nkandla home two weeks later.

Lifestyle Tabloids approached the Mail & Guardian to take part in the bidding process, which they say will close at the end of August.

"Although the couple initially wanted to bar all media from their royal affair, we are already receiving an influx of media accreditation requests from both local and international media," reads their letter.

The request may seem in keeping with the times, given the rates for international celebrity wedding rights in magazines like Hello, OK! and People. Two million dollars is about the going rate, which was paid to Eva Longoria and Tony Parker in 2007 as well as Catherine Zeta-Jones and Michael Douglas in 2000.

But Zuma may have overestimated the South African media's appetite for forking out for celebrity weddings.

Proposals
You magazine and lifestyle show Top Billing told the M&G they don't pay for wedding exclusives, despite the lavish coverage of society weddings by both outlets.

"We do not pay anyone," said Simone Gray, production coordinator for Top Billing. "People send us proposals to cover their wedding or we approach the couple." A Top Billing insider confirmed the policy.

You magazine's deputy editor, Nicola Whitfield, had a similar take but said bidding was a reality. "We do not pay as a matter of course, only if there is other media interest in the wedding in a bid to ensure exclusivity."

Industry insiders told the M&G that celebrity magazines would never admit to paying for content but, if they did shell out, it would likely be for a big interview from a serious newsmaker – think Oscar Pistorius. One editor admitted to paying up to R35 000 for an interview, while others noted these rates could be "far higher" for the right content, for bigger magazines.

But these were generally not for weddings. At best, couples could hope for a trade exchange, where their wedding service providers could get publicity via the wedding coverage and, in turn, let the couple have their cake, dress or accommodation for free. Heat magazine's original editor Melinda Shaw admitted to doing this once in her eight-year tenure. But cash in pocket is a rarity.

The real question, however, is what sort of celebrity Zuma qualifies as. The agency seemed to be punting the event in the tradition of extravagant political weddings like President Zuma's son Edward's wedding in 2011, police Minister Nathi Mthethwa's in February 2013 or even the politically connected Gupta family's controversial wedding in May this year, all of which made an appearance on either Top Billing or in magazines.

"Based on the caliber [sic] of this wedding, which will see heads of state and high-profile business people meeting under one roof, we have began shopping around for a media outlet to grant exclusive coverage rights at a fee," said the agency, while an insider told Sunday World: "Khula doesn't do 'small'. We expect a few African heads of state."

Unpalatable
But coverage of the Gupta wedding, which boosted sales for You magazine in May, came at no cost, according to the publication. And even if it were possible to pay, Zuma's public profile and that of the Swazi royal household could render those plans unpalatable.

Khulubuse Zuma is a controversial figure at best. He stands accused with other Aurora Empowerment Systems directors of running two gold mines into the ground, destroying infrastructure at them and causing the loss of more than 5 300 jobs.

He reportedly bought his fiancée Dlamini a silver 2009 model Maserati for Christmas 2011, which sells for over R1-million.

Meanwhile, mineworkers went hungry and several committed suicide as more than a year went by with no salary, and court orders relating to debts to creditors in the tens of millions were ignored.

He was recently awarded two oil exploration contracts in the Democratic Republic of Congo and troubled neighbouring region.

The Swazi household, too, has a less than savoury reputation. Fikisiwe is one of many half-siblings to Swazi King Mswati III, Africa's last absolute monarch, who has been accused of repressing democratic freedoms.

The royal family live extravagantly, with documented shopping sprees. Mswati once splashed out $500 000 on DaimlerChrysler's flagship Maybach, while 40% of his population were living below the poverty line, according to the United Nations in 2012.

Documenting even more conspicuous consumption at a wedding between the two may make for uncomfortable viewing.

"You have to be careful," warned one insider. "One magazine paid for an exclusive with [convicted singer] JubJub but it went down like a lead balloon because it happened after he was found guilty."

Which, perhaps, explains You magazine's response to the proposed bid: "No, we were not approached. Yes, we would have been interested in it. And, no, we would not have paid for it!"

The man behind the camera