How Zanu-PF won Harare from MDC 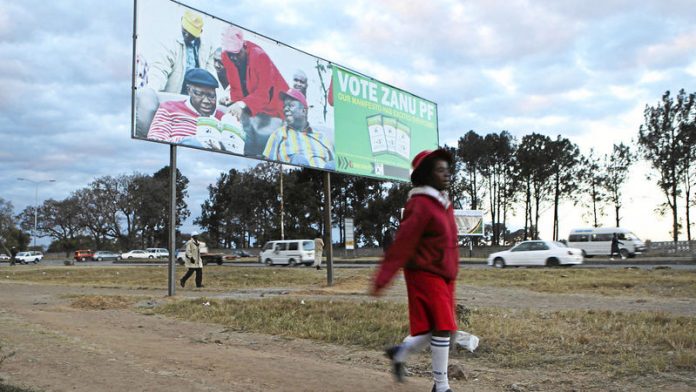 Zanu-PF's surprise win of six seats in Harare, previously a stronghold for Morgan Tsvangirai's Movement for Democratic Change (MDC-T), came after years of a carefully planned campaign to dilute support for the opposition in key constituencies in the capital.

According to senior Zanu-PF officials, the party had specifically targeted seats held by senior officials of the MDC-T, calculating that this would destabilise Tsvangirai's party elsewhere.

Zanu-PF also won in Mbare, the city's biggest township, and in Epworth. However, it did not manage to prise MDC-T secretary general Tendai Biti from his seat in Harare East.

Zanu-PF used Zimbabweans' hunger for land to parcel out pieces of property, clawing its way into the urban constituencies that had rejected it in previous polls.

"We identified a need that we could realistically deliver on, and we ran with it," a member of Zanu-PF's elections directorate, who did not wish to be named, told the Mail & Guardian this week. "There were particular seats we targeted four years ago for strategic reasons, which we set out to win. We got most of them."

The party's elections directorate was headed by Zanu-PF chairperson Simon Khaya Moyo and was run by Henry Muchena, a former air force officer, and Sydney Nyanungo, a ­former intelligence chief.

Zanu-PF had won just one seat in Harare in 2008, Harare South, after gaining support by handing out parcels of land to poor squatters on the edge of the city. Encouraged by that success, it reprised the strategy in several more constituencies on the city fringes, winning an extra five seats last week.

The party first devised its "comeback strategy" – as one official put it – in 2009. Between 2010 and 2011, the party began a "firm drive to register our people in these areas, and making plans to make sure each one of them, come voting day, would be at a polling station".

In Harare North, Zanu-PF set up the Harare North Housing Union. In the shadows of the mansions of Borrowdale, one of Harare's wealthiest suburbs that also forms part of the constituency, Zanu-PF campaigners began work to dilute the MDC-T's support in the richer parts of the area.

Zanu-PF's plan may have been helped by apathy in some constituencies, where the MDC-T's votes either remained almost unchanged – as in Mt Pleasant – or decreased.

The co-operative doled out stands measuring 300m2 each, with settlers required to pay $55 a month each towards the stands.

The party ignored warnings from the city council that the settlements in Harare North were illegal and a hazard to public health.

At one stage, Portia Manangazira, disease control officer in the ministry of health, warned that the settlements were contributing to outbreaks of typhoid in parts of Harare.

"According to the Public Health Act, tap water is the only acceptable source of drinking water in urban areas," she said.

However, the warnings were ignored as the co-operatives had the backing of the party itself.

There is no running water in Harare North, but this did not deter 33-year-old Tongesai Mudambo from winning votes for President Robert Mugabe's party.

Mudambo, a beneficiary of the Zanu-PF housing scheme himself, chose to stand for the party in the constituency, sank boreholes for the squatters and supplied water tankers with the backing of the party.

"This is where I stay and hope to continue to stay," Mudambo said on the eve of the polls.

Last week he was declared the winner of the constituency.