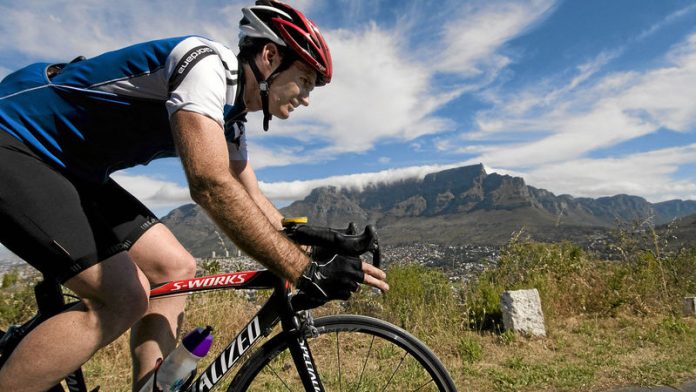 This is my last week at the Mail & Guardian.

What an exceptionally strange thing to write, even after a week of lasts: a last conference with senior newsroom staff to finalise the week's package of stories; a last conversation with Zapiro about his cartoon; even a last affidavit filed in the process of defending yet another futile defamation suit.

Over the next few weeks I will be catching my breath, packing my things and preparing to move to New Delhi, where I am to take up a new job at the Hindustan Times on September 1.

It is strange too, to recall that when Ferial Haffajee first called me up and offered me a job here, nearly a decade ago, I said no. I was too committed then to the doomed project that was ThisDay newspaper. The idea that I might not have worked here simply makes no sense to me now.

Fortunately it did not take me long to come to my senses and, by mid-2004, to remember that it was the Mail & Guardian from which I had, as a teenager, learnt the idea of journalistic purpose.

In 1985, my father began to bring home copies of the Weekly Mail, an utterly new kind of newspaper to me. It crackled with energy.

There was the energy of outrage, of refusal to remain silent in the face of the emergency and the dirty secrets of the state, but also of assertion – that the struggle was rocks and detentions and fear, but also theatre, and music and the joyous, hope-filled defiance of apartheid.

There were instances of brave journalism elsewhere – Tony Heard's interview with Oliver Tambo (also in 1985), which risked a jail term and cost him his job as editor of the Cape Times, stands out for me – but the Mail was its home.

To have a chance to write for that newspaper and to be part of its process of figuring out how to translate the legacy of that brief, intense, history for a democratic environment was an extraordinary opportunity.

Trevor Ncube had bought the M&G not long before, and begun the process of ensuring that it had a sound enough commercial footing to secure its independence.

Meanwhile the editorial mix was evolving to combine robust investigative journalism, with coverage that took seriously the reshaping of public policy during the Thabo Mbeki administration.

We wanted to have the best coverage available of the Budget, the presidency and the department of public enterprises, and to set in this matrix of credibility the major exposés that were our hallmark. It would be much harder, we thought, to ignore our revelations about the arms deal, Oilgate, the Selebi-Kebble affair, and Chancellor House if we could not be dismissed simply as the voice of ­curdled hope and of opposition.

That was a project I was very happy to be part of, in both dispatches from Parliament and large-scale investigations.

Striking the right balance between vigilance and the ability to recognise and record South Africa's democratic progress remains a complex and important task for our journalism, but it has not for some time been our most urgent task.

We have had to register developments in places that the worn-out paths of elite, metropolitan debate cannot go to, on the mines, in the countryside and in the inner city.

We have had to alter fundamentally the terms of our conversation with our audience – who are increasingly our co-creators, regulators and contributors.

And we have had to do these things while maintaining our commitment to the deep, tough journalism that the Constitution recognises as fundamental to the design of South African democracy, defending it against those who would prefer a tranquil silence between predictable elections.

These challenges are posed by the gathering force of our transition, but also by the fundamental alterations under way in the news business around the world.

At the M&G we are insistent that digital forms of news gathering, engagement and delivery are not a threat to our relevance and our commercial survival. On the contrary, they are crucial to ensuring both.

Social media allows us not just to hear our audience but also to make it part of the news process. The web means we are no longer bidding for attention once a week in a dying market; instead we have become one of the largest news sites in the country, going toe-to-toe on an hourly basis with companies an order of magnitude larger.

Powerful new technology, from data and video to HTML5 and tablets, is enriching our journalism and we are doing better work in print too as a result.

Working in an organisation still utterly dedicated to its journalistic purpose and open to the changes that will sustain that purpose into the future has been a remarkable privilege. I know it is work that Chris Roper and Angela Quintal will continue. I have learned an enormous amount from working with them for over 20 years.

They will be helped by a newsroom and a management that know just what the M&G needs.

If you will forgive one final cliché, the Mail & Guardian is nothing without its intensely engaged audience. Thank you for your part in this process – I suspect it is only going to get bigger.