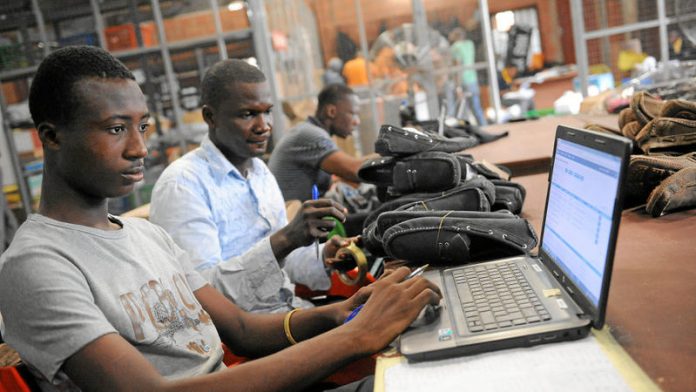 New Communications Minister Yunus Carrim has boldly vowed to go where every minister before him has tried and failed – to increase internet penetration and cut the cost of communicating in South Africa.

The number of internet users in the country has increased from 100 000 in 1994 to 11.2-million last year, according to data from research company World Wide Worx. But although the growth has been significant, in reality only just over a fifth of the population has access to the internet. It is seen as a way to bridge South Africa’s social divide, improve access to health and information services, empower the majority of citizens and boost socioeconomic development.

Speaking at the Meraka Institute – the Council for Scientific and Industrial Research’s information and communications think-tank – earlier this month, Science and Technology Minister Derek Hanekom said: “We should be worried. [Internet penetration] has to grow in leaps and bounds … It is just not good enough.”

Telecoms experts have cited two major reasons for the low internet penetration in the country: telecoms provider Telkom puts ADSL connections beyond the financial reach of most South Africans, and mobile data providers’ punitive ad hoc data costs mean that the poor cannot afford to use data on their phones.

Communications ministry spokesperson Siyabulela Qoza told the Mail & Guardian that the minister has “already met with most of the service providers and role players like the Independent Communications Authority of South Africa [Icasa] to look at their programmes and to discuss government priorities”. He added: “Reducing the cost to communicate is high on that agenda.”

Parliament’s communications portfolio committee has embarked on a nationwide roadshow, holding public hearings into how much it costs to communicate. But interviews with service providers and specialist telecoms journalists have highlighted the fact that internet access is a knotted problem that will not be easy to solve.

On the one hand, there is Telkom-supplied ADSL, which Stuff magazine editor Toby Shapshak described as “the most cost-effective way of getting reliable internet to the consumer … but Telkom has priced it out of the market”.

World Wide Worx managing director Arthur Goldstuck said there are four layers of cost to obtaining ADSL: renting the phone line, converting the line to ADSL, subscribing to an internet service provider and paying for data. “ADSL is structured and priced beyond the reach of most South Africans,” he said.

Telkom told the M&G that, “like any other business, [it] needs to ensure that it recovers the costs associated with the service concerned when setting its prices”.

But African countries such as Kenya and Nigeria are seeing an internet boom through cellphone technology. Why is that not happening in South Africa? The short answer, said Goldstuck, is that it is too expensive, with data charges as high as R1 to R2 a megabyte.

The pricing of data bundles favours the affluent, but out-of-bundle charges are high. “The people who can afford data on their mobiles are paying the lowest rates. The poor are penalised,” said TechCentral editor Duncan McLeod. The rationale is that, if you buy a large data bundle, the cost per megabyte is substantially cheaper than if you buy a smaller data bundle.

Vodacom spokesperson Richard Boorman said: “We buy capacity on international links. If we don’t use it, it’s gone – it can’t be used next month … So we encourage people to buy those bundles. It helps us with capacity planning. If we overprovide, there are wasted [gigabytes]. If we underprovide, there’s a capacity problem. If we get [the supply and demand] right, we don’t waste money, we don’t pass pricing on to customers.”

MTN spokesperson Bridget Bhengu said: “It is untrue that ad hoc data rates impede internet penetration.” She said MTN had reduced its data costs by 70%, “which is aimed at bridging the digital divide and specifically allowing customers from all walks of life [to access the internet]”.

However, Cell C has the most aggressive data pricing at 15c a megabyte. “The out-of-bundle cost for a pure data contract (and data bundles) is the same as the in-bundle rate, which is 15c,” it said.

According to World Wide Worx’s predictions, although internet usage is growing, the rate of growth is slowing. “That curve [or growth rate] is based on the assumption that there won’t be an intervention from government and that those who can afford it are reaching saturation,” the company said.

“In low socioeconomic groups, people have a finite amount to spend on communications and the pie doesn’t get bigger while the economy is not growing.”

Qoza said the communications department and Icasa are undertaking a market study to determine the cost drivers of mobile, fixed and data tariffs.