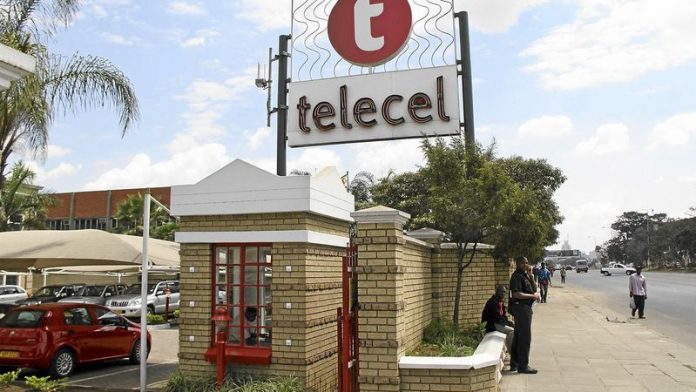 President Robert Mugabe’s nephew Patrick Zhuwao has been roped into a cellphone operator’s empowerment deal, which clearly demonstrates that mostly the wealthy and politically connected are likely to benefit from the country’s indigenisation policy.

Embattled telecommunications group Telecel Zimbabwe is now putting together an “acceptable empowerment deal” after it was saved by the intervention of Zhuwao following the ­government’s refusal to renew its operating licence.

The government had refused to renew the licence because Telecel failed to comply with the Indigenisation and Economic Empowerment Act, which stipulates that locals must hold a 51% stake in the company. Telecel Zimbabwe’s majority shareholder is Telecel International, which has a 60% stake.

Sources within the telecoms industry said Telecel Zimbabwe’s chair, James Makamba, who is in exile in South Africa after fleeing the country after charges of foreign currency externalisation were laid against him, had called on Zhuwao after it became apparent the government was moving to cancel the licence.

“Zhuwao was seen as the only person who could bail out the company. His relationship with President Robert Mugabe was seen as critical and likely to influence a favourable decision from government,” a source familiar with the appointment said.

The decision to renew that licence was made early this month after discussions with Zhuwao and Telecel Zimbabwe’s major shareholder, Telecel International represented by John Swain.

Once an influential Zanu-PF central committee member aligned to the late Solomon Mujuru’s faction, Zhuwao’s influence has declined, and sources said the government had refused a deal in which he was to emerge as the single largest empowerment partner in Telecel Zimbabwe.

“There is no doubt Zhuwao played a major part in getting this licence renewed,” said the source. “It demonstrated how empowerment deals are likely to be structured on the basis of influence and relationships given Zanu-PF’s victory at the recent polls.”

Zhuwao admitted in an interview this week that he had played a critical role in securing the new licence, but said this had nothing to do with his relationship with Mugabe.

“This was not because of an accident of birth, it was because of my experience. I was instrumental in putting together the technical component of Telecel [Zimbabwe] when it was formed, so I know the business.”

Asked how he emerged as the managing director of the empowerment group, Zhuwao said: “My political experience also allowed me to facilitate and negotiate to stop the fights between the indigenous shareholders. I am also a successful businessman.”

According to information put before Parliament by Mutasa in 2011, when Empowerment Corporation was issued with a telecommunications licence, Kestrel held a 15% stake. Integrated Engineering Group had a 10% shareholding, and ZFU, IBWO, the National Miners Association, Affirmative Action Group and War Veterans Association had a 9% shareholding each. A total of 30% of the shares were warehoused.

“We realised later that Mr Makamba had unilaterally given himself those [unsubscribed] shares, including the warehoused bloc,” Mutasa told Parliament. She also alleged that Makamba sold 20% of the Empowerment Corporation stake in Telecel Zimbabwe to Orascom, the controlling shareholder in Telecel International, without the knowledge of the other shareholders.

This led to disgruntlement among other shareholders, whose complaints were ignored until the government threatened to cancel Telecel’s licence.

Two months ago, reports suggested that the war veterans were contemplating legal action against Makamba for allegedly fraudulently acquiring shares in Telecel Zimbabwe on behalf of Telecel International.

Mechanism to resolve the disputes
Zhuwao said he had successfully mediated between various stakeholders, and Telecel Zimbabwe’s empowerment programme would be concluded soon.

“I convened a meeting of all stakeholders. They are united to jointly take over more shareholding. We have put in place a mechanism to resolve the disputes that were there,” said Zhuwao.

He said that because some of the original shareholders did not have cash, they had agreed to an empowerment model that would allow “the asset to be able to pay for itself”.

“Technically, it is feasible to structure any form of empowerment deal without cash. Telecel [Zimbabwe] is profitable,” said Zhuwao.

Mutasa told the Mail & Guardian: “I can only tell you that empowerment discussions with Telecel International are progressing. We have pre-emptive rights as Empowerment Corporation shareholders.”

Makamba has indicated that Empowerment Corporation would also start pursuing indigenisation programmes in other areas once the Telecel issue is concluded.

The expiry of the licence on June 2 plunged Telecel into a crisis after Econet Wireless Zimbabwe terminated its interconnection services with Telecel, insisting it had no obligation to transact with an unlicensed entity. Econet is the country’s largest mobile telecommunications company with more than eight ­million subscribers.

Telecel trails it with about 1.5-million, and state-owned NetOne has about 1.2-million subscribers.