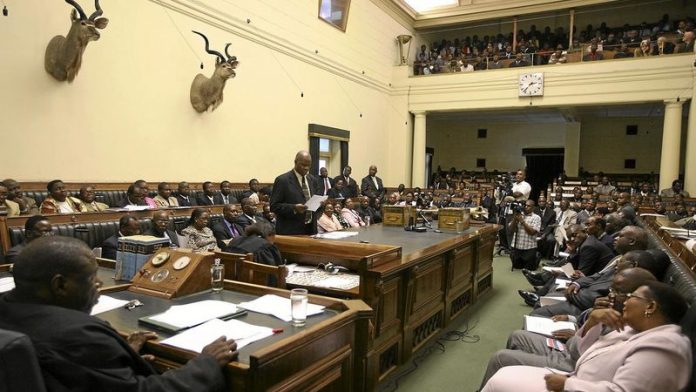 Having won the two-thirds parliamentary majority that it desperately needed, Zanu-PF has an open road to roll back all the reforms forced upon it since it lost control of Parliament in 2008.

Robert Mugabe’s party won 160 of the 210 contested seats, while the MDC won 49 and an independent candidate another.

In addition to the 210 elected MPs, there is an additional 60 seats reserved for women. These are divided by six for each province and determined by the number of votes each party got in each province.

The system gives Zanu-PF a total of 197 seats, the MDC led by Tsvangirai 70, two for the smaller MDC, plus an independent.

Zanu-PF also controls the more ceremonial upper house, with 37 senators out of 60. Zanu-PF can also rely on the support of 18 traditional chiefs who sit in the Senate.

It is likely though that the independent, Jonathan Samukange, will eventually rejoin Zanu-PF. He only contested as an independent candidate after disputing the outcome of the party primary elections.

Winning the majority has been a big turnaround by Zanu-PF, which in 2008 found itself in the minority in Parliament for the first time since independence.

Under pressure from the region, and outnumbered by the opposition in Parliament, Zanu-PF was forced to agree to a new Constitution that limited presidential powers and introduced a raft of reforms that enhanced human rights.

But after an election Zanu-PF is accused of fixing, the party is now free to tinker with the Constitution at its leisure – never mind that it was voted into law at a referendum only in March.

Mugabe, while campaigning, suggested there were provisions they had only reluctantly agreed to.

Presidential powers
The new Constitution trimmed the president’s powers, including the power to make key government appointments and presidential decrees, to dissolve Parliament and declare a state of emergency.

These would not be shared by Cabinet and Parliament. Zanu-PF was opposed to these provisions because it felt their aim was to weaken Mugabe.

This clause may be one of those the party seeks to change. However, some observers say the party’s bigwigs may have selfish reasons to keep the law; many of them have children living abroad.

Devolution
Under pressure from southern regions, which believed they were marginalised, drafters of the new Constitution gave greater autonomy to the country’s provinces.

However, Zanu-PF was opposed to devolution and may use the poor showing of the smaller MDC faction, which campaigned on the devolution platform, as evidence that Zimbabweans reject the idea.

But the devolution system, which hands ­control to provincial councils, may be a new addition to Mugabe’s already vast patronage network, and he may choose to keep it for that purpose.

National youth service
Zanu-PF has always wanted to make youth service compulsory, believing that Zimbabweans born after 1980 are unpatriotic and have no appreciation of the liberation war.

The new Constitution says any such programmes must be ­non-partisan and not compulsory, but Zanu-PF may wish to introduce youth service on its own terms.

Last week, Mugabe said that those who made political statements in the past do not represent the military, but some hardliners may want the clause removed.

Rights of detained suspects
The new Constitution struck down provisions that allowed police to detain suspects for more than 48 hours before a court appearance.

In the past, senior officers were allowed to issue warrants for further detention in their capacity as “justices of the peace”.

Zanu-PF had argued that these provisions weakened the policing, and may want them back.

This provision has served Zanu-PF well, allowing it to sack MDC councils and appoint its own people.