Egypt officials: Mubarak could be freed this week 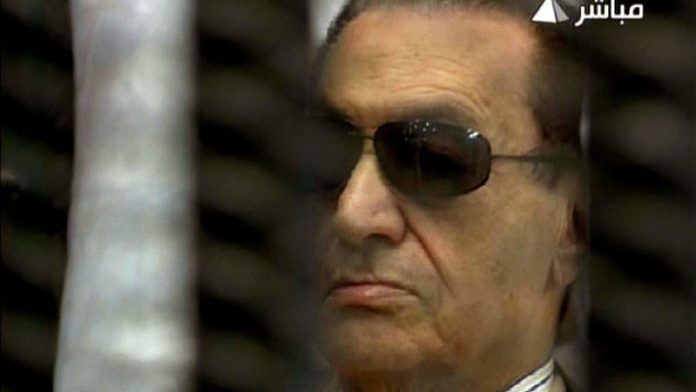 Hosni Mubarak, the former Egyptian president overthrown in an uprising in 2011, will be released from jail soon after a prosecutor cleared him in a corruption case, his lawyer and a judicial source said on Monday.

Mubarak (85) was arrested after he was ousted.

In scenes that mesmerised Arabs, the former leader appeared in a court-room cage during his trial on charges that ranged from corruption to complicity in the murder of protesters.

More than a year on, the only legal grounds for Mubarak's continued detention rest on another corruption case which his lawyer, Fareed al-Deeb, said would be settled swiftly.

"All we have left is a simple administrative procedure that should take no more than 48 hours.  He should be freed by the end of the week," Deeb told Reuters.

Without confirming that Mubarak would be freed, a judicial source said the former leader would spend another two weeks behind bars before judicial authorities made a final decision in the outstanding case against him.

LIfe in prison
Mubarak, along with his interior minister, was convicted and sentenced to life in prison last year for failing to stop the killing of protesters in the revolt that swept him from power.

He still faces a retrial in that case after appeals from the prosecution and defence, but this would not necessarily require him to stay in jail.

Mubarak did not appear at a hearing in the case on Saturday.

He was also absent from Monday's proceedings.

Mubarak, who ruled Egypt for 30 years, is being held at Tora prison on the southern outskirts of Cairo, the facility where senior members of the Muslim Brotherhood have been detained since they were arrested in a crackdown on the organisation that began in July.

The military removed President Mohamed Morsi, a senior Brotherhood official, on July 3 after mass protests against his rule.

Morsi is in detention at an undisclosed location.

He faces an investigation into accusations stemming from his escape from prison during the anti-Mubarak revolt.

These include murder and conspiring with the Palestinian Islamist group Hamas. Morsi has not been formally indicted. – Reuters