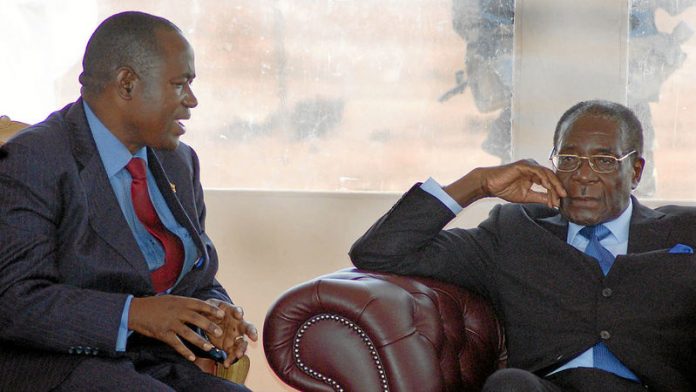 As he finalised one of his most important Cabinets to date, President Robert Mugabe faced a daunting task this week — appointing a Cabinet that would help to restore confidence in his management of the economy, but one that would also please the factions in his party that are vying for influence.

Mugabe is expected to name the new Cabinet shortly after his inauguration. Critics will watch closely to see how he manages the economy, and those within Zanu-PF will expect to be rewarded for delivering his victory.

Mugabe plans to set up an “economic and investment commission”, a quasi-ministry that would drive economic planning within the government, say several government sources.

Arthur Mutambara, who was the deputy prime minister under the unity government, is expected to play a senior role in the new body.

In the weeks after the elections, the different factions in Zanu-PF have been angling to have their loyalists appointed to key Cabinet posts.

After Zanu-PF’s victory, loyalists are positioning themselves to get the biggest spoils. After a meeting to review the party’s performance at the polls, Zanu-PF spokesperson Rugare Gumbo has said that Vice-President Joice Mujuru had taken issue with claims by members of a rival party faction that it had delivered the victory for Mugabe.

Pressure
This week, on the eve of his inauguration, Mugabe again faced pressure on his appointments, according to several senior officials.

“He [Mugabe] may have wanted a smaller, more manageable Cabinet this time round, but he may have to appoint a few more people to make everyone happy,” a member of Zanu-PF’s politburo said on Tuesday.

Business groups and even top Zanu-PF officials have been lobbying Mugabe to appoint a smaller Cabinet. The previous Cabinet had 37 ministers.

“The size of our Cabinet is very huge and it has something to do with political accommodation,” said Basil Nyabadza, a businessman and Zanu-PF member. “We want to see a lean Cabinet that is biased towards economic development. We want a Cabinet that is driven by results and nothing else.”

Mugabe’s office has been consulting the country’s big business groups, seeking their views on the Cabinet and economic policy.

“We have been invited to make submissions,” said Hlanganiso Matangaidze, head of the Zimbabwe National Chamber of Commerce. He did not disclose what recommendations his group had made.

Business industry
“We think that hopefully our political leaders will come to a point where election issues are behind us,” said Douglas Munatsi, head of BancABC, one of the country’s largest banks.

The law allows Mugabe to pick five ministers who are not MPs “for their professional skills and competence”. Businesses hope that he will appoint nonpoliticians to the economic cluster of ministries.

However, Mugabe still has to please his allies by parcelling out posts, which means he may yet again place politics ahead of economic needs.

His choice of finance minister will be key. Names being bandied about include Sylvester Nguni, a former business executive, and Joe Mtizwa, the former head of brewer Delta.

There has been public lobbying for Reserve Bank of Zimbabwe governor Gideon Gono, though other hardliners want Emmerson Mnangagwa appointed to the post.

Since the final results of the elections were announced, the markets have tumbled as already fragile confidence was shaken further.

By Tuesday, the Zimbabwe Stock Exchange had fallen for 11 straight days as investors sold shares because of concern about economic policy.

Mugabe is unlikely to tinker much with the defence and security portfolios, which have served him well.

The senior loyalists who have been rotated in the portfolios, such as Nicholas Goche, Sydney Sekeramayi and Emmerson Mnangagwa, are likely to be retained in those posts.