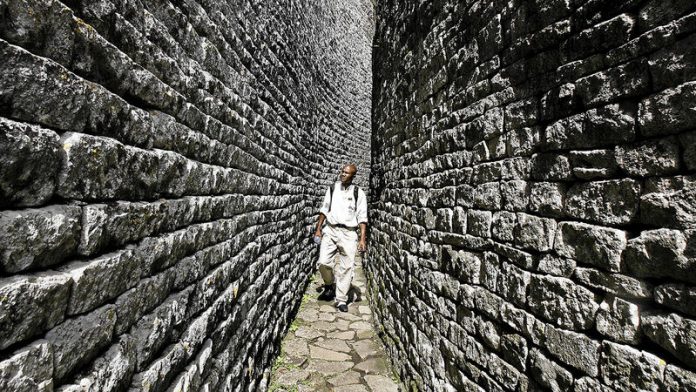 President Robert Mugabe will be holding his head high when Zimbabwe co-hosts with Zambia the 20th session of the United Nations World Tourism Organisation (UNWTO) general assembly at the weekend in Victoria Falls, a few days after his inauguration for a seventh consecutive term in office.

The UNWTO event, a key international showpiece, will give Mugabe the opportunity to bask in the attention – not only to mark Zimbabwe’s acceptance back into the global community after years of isolation and sanctions imposed by the West since 2001 but also to revel in the sidelining of his arch-rival Morgan Tsvangirai from the event. Mugabe will deliver the opening remarks at the summit.

The political upheaval over land culminated in years of isolation and tourism plummeted.

According to the latest figures from the tourism and hospitality ministry, more than 60 countries have confirmed participation in the conference.

Zimbabwe and Zambia will host 3 000 delegates from August 24 to 29 at the single largest tourism summit in the world.

Millions spent on preparations
Under the four-year-old unity government, it was Tsvangirai’s Movement for Democratic Change (MDC-T) that was charged with running the treasury and that provided the funding for the summit.

The tourism ministry says it has spent $12-million on preparations for the conference so far, including refurbishing roads, hotels and the airport as well as building a conference centre.

After a clash with Mugabe’s Zanu-PF over the election results of last month’s poll, Tsvangirai said the MDC-T would boycott all arms of government and disassociate itself from any involvement with a Zanu-PF-led government – which will see Mugabe taking all the credit for hosting the summit.

Political observers said last weekend’s Southern African Development Community summit in Malawi had provided Mugabe with a platform to legitimise his rule, which the UNWTO meeting would cement.

Trevor Maisiri, a senior analyst at the International Crisis Group, said: “The MDC boycott will not be of any consequence at this stage. What Mugabe needs is regional and continental endorsement, which he has. Now he only needs international tolerance above that … So, in essence, all the hard work done in getting the UNWTO has ensured a timely platform for him to attempt to get that international tolerance.”

Khanyile Mlotshwa, a political analyst at Rhodes University in Grahamstown, said Mugabe was a shrewd politician who would use the tourism summit for his own political ends.

“If you look at the way he has turned previous UN platforms into his own, then you can predict that he will try and use the UNWTO to justify his election victory and even try to persuade the world to embrace Zimbabwe again,” Mlotshwa said.

Response from the West
The West has been scathing about the outcome of the July 31 election, in which Mugabe won 61% of the 3.4-million ballots cast on voting day to Tsvangirai’s 33%. Australia has called for a fresh election to be held, and the United States and Britain both noted “grave concerns” about the poll.

Zimbabwe’s falling-out with the West saw Zanu-PF looking East to secure alternative markets. China now has a sizeable stake in diamond mining, construction and the retail sector in Zimbabwe.

However, observers says it is unlikely that the European Union and the US would drop travel bans on Mugabe and top Zanu-PF officials and sanctions on a number of companies.

Rashweat Mukundu, chairperson of the Zimbabwe Democracy Institute, said Mugabe would also have to drop his anti-Western rhetoric if he was sincere about normalising relations.

“If he sticks to his anti-West message, then he is shooting himself in the foot. So the tourism summit is a platform for Mugabe to reach out. But much depends on his message. The event itself will not necessarily result in an influx of tourists but might mark a turning point in redeeming the tourism sector and restoring Zimbabwe’s battered international image,” said Mukundu.

Tourism sector on the rebound
After a decade of political upheaval linked to the violent land seizures by war veterans loyal to President Robert Mugabe, Zimbabwe’s tourism sector is on the rebound and the government hopes that hosting the United Nations World Tourism Organisation general assembly this weekend will be a catalyst for stronger growth.

Tourism and Hospitality Minister Walter Mzembi said the tourism sector will rake in $5-billion by 2015 if the atmosphere of peace and stability prevails.

“The tourism sector is on a growth path buoyed by the stable political environment and an aggressive marketing strategy.

“Zimbabwe will use the summit to position the country as the best tourist destination,” he said.

The latest figures from the Zimbabwe Tourism Authority (ZTA) suggested that Zimbabwe has drawn the attention of tourists who had shied away from the country because of political uncertainty.

In the first quarter of 2013, Zimbabwe recorded a 17% increase in tourist arrivals, and all major markets in Africa, Europe and the East registered increases.

The number of tourists from Europe and the rest of Africa rose 8% and 86% respectively. South Africa accounts for the largest number of continental visitors to Zimbabwe, which is attributed to the strong economic trade ties between the two countries.

A total of 37 294 South Africans visited Zimbabwe during the first quarter of this year – a 6% increase from the previous comparative period.

Last year, tourism raked in more than $360-million. Projections this year are that it will grow by 4%.

The World Travel and Tourism Council last year said Zimbabwe’s tourism sector was the “fastest growing in the world and was second only to China”, with projections of 8.2% to gross domestic product for the next decade.

Boasting the Victoria Falls, a UN heritage site, the Hwange National Park, the Matobo National Park, the Great Zimbabwe National Monument, the Nyanga Mountains and other sites, tourism officials are confident that the summit will bring a new era of interest to the country.

“This will be a legacy event, ­reaffirming and celebrating the brand Zimbabwe,” Mzembi said.

Most of the wastewater produced worldwide receives no treatment and the nutrients in wastewater go to waste. Here's how households can draw these nutrients from urine
Read more
National

Amid protests by the ANC’s MK Military Veterans, distressed foreign nationals have shut their stalls at a Durban flea market
Read more
Business

The SOE has asked the government for R3.5-billion in extra support over the next three years to offset losses incurred because of the pandemic
Read more
Africa

A humanitarian crisis looms as a violent insurgency continues to sweep over northern Mozambique. As many flee to safety, the question remains: who, or what, fuels the fire?
Read more
Advertising