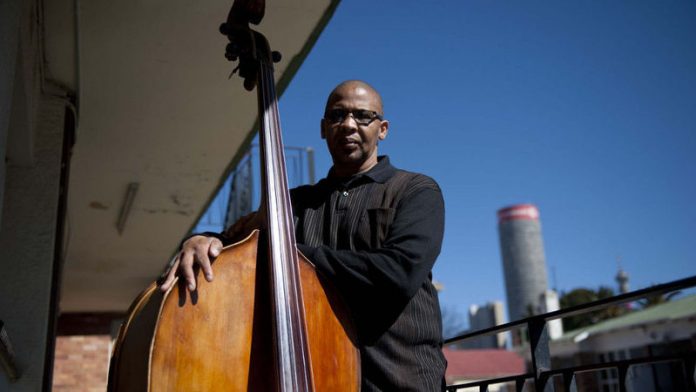 'Over the years," reflects bassist Mlungisi Gegana sadly, “I’ve realised that we don’t take our own repertoire seriously enough any more. When you go to a jam session, where are the South African standards?"

Born in Queenstown in 1961, Gegana knows things used to be different. His Eastern Cape birthplace was legendary as “Little Jazz City" during the 1940s and 1950s, and birthed composing dynasties such as the Matshikizas, and instrumentalists such as trumpeters Mongezi Feza and Dennis Mpale. Apartheid was dimming the town’s musical star during Gegana’s childhood, but when the boy picked up an oilcan guitar, “I was surrounded by people who remembered those days–like some of the old choral families–and carried on those influences".

That’s why, for his project at this weekend’s Standard Bank Joy of Jazz festival, Gegana has chosen to recall the life and work of legendary East London-born bassist Johnny Mbizo Dyani, who died in 1986. “I’ve always run away from embracing the influence of other musicians," he says. “I don’t like this thing that there’s an identifiable 'Berklee sound’ or even a 'UCT sound’. But when I listened to Johnny, he doesn’t sound like anybody else. He was always in search of a new sound. I thought: My god, this is what I want to do; this one can influence me!"

The two bassists share more than regional origins. Both have led musical lives marked by restlessness.

Dyani was seeking freedom: “the lodestar of his life", his obituarist Pallo Jordan called it. From the day the youngster jumped on stage in Duncan Village to jam with Chris McGregor’s Blue Notes on a borrowed bass, through exile in Europe from 1964, and through dozens of boundary-breaking collaborations, Dyani’s mission was to set the music free.

It was about politics –not deferring to apartheid or racism, and about the sound–not bowing to commercialism or accepting genre constraints. Dyani recalled his Cape Town mentors for interviewer Aryan Kaganov: composer Mra Ngcukana fomenting the revolution of the free jazz “fowl run"; bandleader Dick Khoza advising, “'You grown up now, you should play it your own way. Break the rule … That’s white man’s stuff now, so leave it now, you know the white man’s stuff. This Moon River, you know the chords right? You know D-flat–now play it your own way’."

Gegana left Queenstown for Cape Town as a guitarist, and only after time spent on the club circuit there, in and around 1986, did he switch to bass. “I was hearing bass players like Spencer Mbadu and Paul Abrahams [in Sabenza], and I fell in love with it." He spent periods studying at legendary community music college, MAPP, and at UCT, but strained finances and a desire to pursue his own path meant he did not complete the courses. Then he quit the coast for Jo’burg. “I got frustrated being told to play covers and standards all the time."

He discovered the music of Johnny Dyani while working with pianist Andile Yenana in Mozambique, a decade ago. Ten years of research and communicating with other enthusiasts have gone into a project of which the Joy of Jazz concert will offer just a taste, “looking not only at his compositions, but his life: telling the Mbizo story."

On stage, he’ll work with Yenana,  saxophonist McCoy Mrubata and “to reflect Johnny’s international collaborations", London-based trumpeter Claude Deppa and American drummer Paul Peress. Though Gegana regrets the constraints of the short festival framework, “this is just the start. We’ll keep moving the project on. Those compositions are our heritage."

The Standard Bank Koy of Jazz festival takes place at various venuses in Newtown, Johannesburg from August 22 to 24.?Mlungisi Gegana’s Tribute to Johnny Dyani is on at the Market Theatre–separately ticketed to other festival venues–on Friday August 23 at 7:15pm. The project will also air at Melville’s Lucky Bean (011-482-5572) on August 25

Whatever else you catch at Joy of Jazz –including the players profiled – here are six more you should not miss.