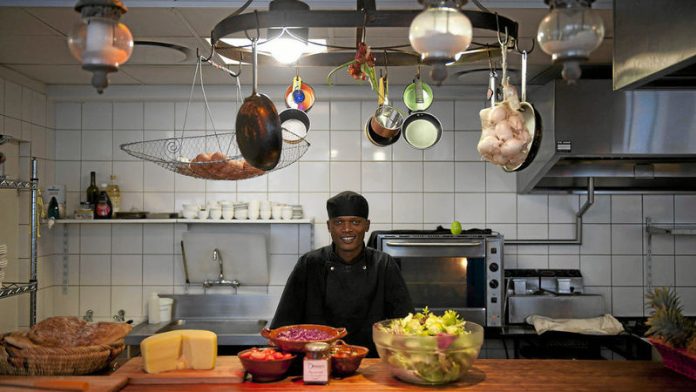 Today's gastronomic landscape is inconceivable without South America. What would Belgian and French cuisine be without potatoes? Italian food without tomatoes? Imagine Thailand without peanuts or papaya, South Africa with no mealies, Central Africa deprived of cassava, a world devoid of avocado pears and vanilla. Imagine life without chillies or chocolate.

Yet all these foods were unknown until the conquest of Latin America in the 16th and 17th centuries. Tom Standage in An Edible History of Humanity describes the discovery of these foods as causing "the most significant reordering of the natural environment by mankind since the adoption of agriculture".

The gifts of the New World transformed the cuisines of the world, though it wasn't entirely one-way. Argentina today isn't much besides beef. There were no chickens or pigs or dairy cows in pre-Colombian times. And without citrus trees, there was no one making ceviche in Peru then either.

Some South American foods, however, stayed home. Quinoa has only recently started to catch on in the rest of the world. Guinea pig has never, though I found it a surprisingly tasty little rodent with a Dijon sauce in the hands of a skilled chef in Cuzco–as gamey as guineafowl and as rich as pork. And alpaca, I discovered, makes for delicious tenderloin.

Latin American food isn't well known in South Africa, though an awareness of authentic Mexican cookery– as opposed to Tex-Mex–has now developed in Cape Town thanks to places such as San Julian in Rose Street, and the phonetically spelt Keenwä in Waterkant Street has introduced the rich variety of Peruvian cuisine to locals.

The newest Latin edition, Orinoco, opened last year in Bree Street and is named after the mighty river that runs through the home country of Venezuelan-born chef Migdalia Bellorin. She has travelled the far corners of Central and South America and spent five years in cosmopolitan Mexico City.

Legendary newspaperman Keith Waterhouse banned the use of vivacious as belonging to the lost world of Marcel waves and cocktail cherries–"telling us nothing except that someone sat down at the computer and typed in the word vivacious". But if you meet Bellorin, you will know exactly what it means–lively, energetic, engaging, and possessed with infectious enthusiasm.

The restaurant in a corner Art Deco building is a cheerful, relaxed, informal space. The walls have shelves sporting novel South American knick-knacks and imported goods such as Pan corn flour, as well as a selection of homemade deli products: various pestos, deliciously spicy Venezuelan guasacaca (a herb and green chili relish often called Venezuelan guacamole), peperonata (a salad dressing from roasted bell peppers), and Argentinian chimichurri (a herb sauce matured for three weeks in olive oil). Some of these you may get with olives as a complimentary appetizer to dip bread.

Although only opening at 10am, it has a breakfast menu, with fried or scrambled eggs served with tomatoes, chillies, tortillas and refried beans.

The emphasis is on "street food" —think Patagonian calamari, Mexican tacos, tortillas and enchiladas (filled tortillas), Venezuelan arepas (flat corn bread), Argentinian empanadas (a filled crescent pastry), and my favourite, fajitas. I've had these miniature corn pancakes here many times, with chicken breast, with shredded beef and melted yellow cheese, with refried beans, but the best was with pork, a special of that day.

The chicken breast mole (a Mexican chilli pepper sauce) is reliably good, but the specials or whatever has taken Bellorin's fancy that day, are the dishes to order.

Exotic servings that feature from time to time on the blackboard are Chilean-style oven-baked turkey in a creamy corn sauce, and Colombian ajiaco, a potato and chicken soup with oregano, crème fraiche, onion and capers.

Sometimes there are fusion dishes, such as tortilla with Asian duck ?and beans or fajitas with stir-?fried beef and vegetables.

The food is filling so I have seldom had room for dessert, though I did once cram in a Venezuelan sponge cake with cream and strawberries, and it was satisfyingly light.

With her changing menu and new tastes, Bellorin certainly keeps one interested and coming back for more.

There's much from the New World still to discover.