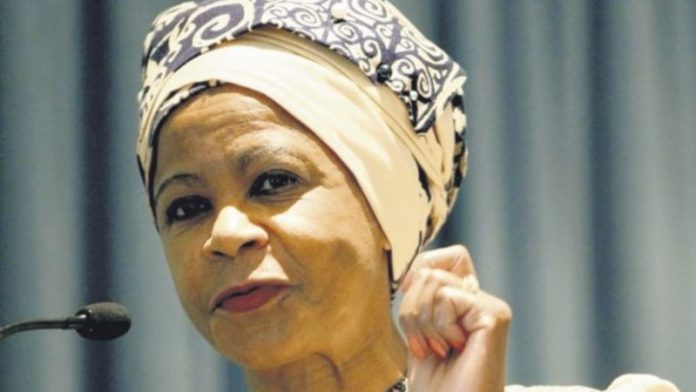 Mamphela Ramphele has come in for a lot of flack over the past week – first for revealing her net worth and then for reports that she’s worth much more than she says she is.

Who’s this Ramphele person now?
Mamphela Ramphele – the leader of Agang SA, the newest political party in South Africa. Scratch that, second newest. I almost forgot about that bastion of equality and champion of the poor, the Economic Freedom Fighters.

You’re gushing.
I suppose I am. What’s not to love? Anti-apartheid activist, one of the founders of the Black Consciousness Movement together with her paramour Steve Biko, medical doctor, academic and a former MD of the World Bank.

Sounds good.
Well, there are also all those questions about exactly how much she’s benefitted from BEE – a policy she’s since rubbished – and her work at the World Bank, where she was a former MD, but let’s keep moving shall we?

So why are we so interested in her all of a sudden? It’s not quite election time.
Not election time, but still electioneering time. Ramphele disclosed her net worth last week – apparently she’s worth R55-million or so – and called on President Jacob Zuma to do the same.

Yowza.
Sounds like a great deal hey? But apparently that only puts her in with another 71 000 or so South Africans who are worth about as much, and she doesn’t quite make the "dollar millionaire" cut of the country’s ultra-rich.

So why’s she flashing her metaphorical credit card around?
Did you miss the part where we’re mere months away from a national election? Okay, it’s 10 or 11 months away but Agang SA is a new party and it needs to distinguish itself somehow. One of its main selling points is that it’s hard on corruption and really in favour of transparency. Ramphele and co say that disclosing her financials for people to scrutinise is in line with the country’s need for accountability and they’ve used it to issue a challenge to President Jacob Zuma to follow suit.

I’m guessing this didn’t go down too well with the ruling party.
Not in the least. ANC national spokesperson Jackson Mthembu called her disclosure a "show off stunt" and said it showed "izikhothane tendencies". Mthembu said the party is committed to transparency and accountability, and that the president has declared his interests to Cabinet.

So how much is the pres worth?
Erm, we don’t know. Declaring something to Cabinet oddly doesn’t necessarily mean that the details make their way into the public.

I’m guessing that even if his net worth is absolutely zip, that R270-million upgrade to his private home in Nkandla more than makes up for anything Ramphele could lay claim to.
Only, it’s not that simple.

Oh?
In 2011, Forbes magazine listed her as one of the richest women in Africa, with a net worth of, oh, ten times as much as what she claims.

Is it a typo?
Not as far as we can tell.

A mathematical error? They didn’t adjust for dollars?
No. We’re not entirely sure how they got those numbers but Forbes is highly respected, the editor is sticking to his version and says that they came by their figures through a team of highly trained economists. They haven’t put out any details though.

Where did all that dosh come from?
Lots of places. According to Forbes, she had stakes in a private equity firm that achieved returns of over R1.6-billion over eight years and board posts on Anglo-American, Goldfields, Remgro, Mediclinic, the Rockefeller Foundation, the Mo Ibrahim Foundation and the Alliance for a Green Revolution in Africa.

And is she still on all those boards?
Not as far as we can tell. According to Ramphele, her directorships ended once she embarked on a political career. Which is probably why, in her disclosure, she said that she had had a "sizeable drop" in income from previous years. She said her income for the tax year ending 28 February 2013 was just R346 000.

So what did Agang have to say about that?
Other than to say they don’t know how Forbes got to its number, nothing.

And Ramphele?
She released a comment piece this week saying that her disclosure had clearly "struck a raw nerve with the ruling party" but didn’t actually give any explanations for the discrepancy.

So does this help or hurt Ramphele?
​It’s difficult to say. Her options were essentially to pretend she’s not as wealthy as she is, and wait for a political opponent to use it against her closer to election time, perhaps by saying that she can’t talk for the poor because she isn’t one of them, or disclose her assets and try to use the disclosure as a means to get one up on her opposition. At the end of the day, is being rich – particularly if you’ve come by your money through legitimate means – really a crime?

Mamphela Ramphele’s critique of the state of South Africa

Crib notes: This is why Eskom’s got beef with treasury