Assad is not to blame for Syria chemical attacks, says Kurdish party leader 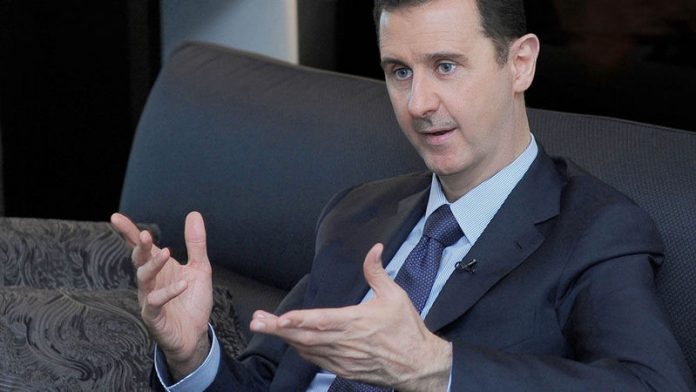 Syria's President Bashar al-Assad would not be "so stupid" as to use chemical weapons close to Damascus, says Saleh Muslim, the leader of the country's largest Kurdish group.

The head of the Kurdish Democratic Union Party (PYD) says he doubts the Syrian president would resort to using such weapons when he felt he had the upper hand in the country's civil war.

He suggests that Wednesday's attack, which the opposition says was carried out by government forces and killed hundreds of people, was aimed at framing Assad and provoking an international reaction. Assad has denied his forces used chemical weapons.

"The regime in Syria … has chemical weapons, but they wouldn't use them around Damascus, 5km from the [UN] committee which is investigating chemical weapons. Of course they are not so stupid as to do so," said Muslim.

UN experts were already in Syria at the time of the incident to investigate three previous alleged chemical attacks that took place months ago.

Muslim's PYD, which has well-armed and effective militias, has clashed with Assad's forces as well as rebels, but has allowed both to move through its territories during the war.

Some rebels and rival Kurdish groups accuse it of having been close to the state, a position Muslim disputes. He says Kurdish areas that the PYD controlled were under attack from rebels linked to al-Qaeda.

'Other sides'
Muslim suggests that "some other sides who want to blame the Syrian regime, who want to show them as guilty and then see action" are behind the chemical attack, which has led to speculation that Western countries will order a military response.

He says that if the UN inspectors found evidence that Assad was not behind the gassing and the rebels were, "everybody would forget it".

"Who is the side who would be punished? Are they are going to punish the emir of Qatar or the king of Saudi Arabia, or Mr Erdogan of Turkey?" Qatar, Turkey and Saudi Arabia have all strongly condemned Assad and backed the rebels.

Kurdish militias have sought to consolidate their grip in northern Syria after exploiting the chaos of the civil war over the past year by seizing control of districts as Assad's forces focused elsewhere.

The PYD said in July that it aimed to set up a transitional council and their emerging self-rule is starting to echo the autonomy of Kurds in neighbouring northern Iraq.

Muslim said he reassured officials during talks last month with Turkey's intelligence agency that the council was not a move to divide Syria, which would alarm Ankara as it is wary of deepening sectarian violence on its border.

Nonetheless, it highlights Syria's slow fragmentation into a Kurdish northeast, mainly government-held areas around Damascus, Homs and the Mediterranean, and a rebel swathe leading from Aleppo along the Euphrates Valley to Iraq. – Reuters