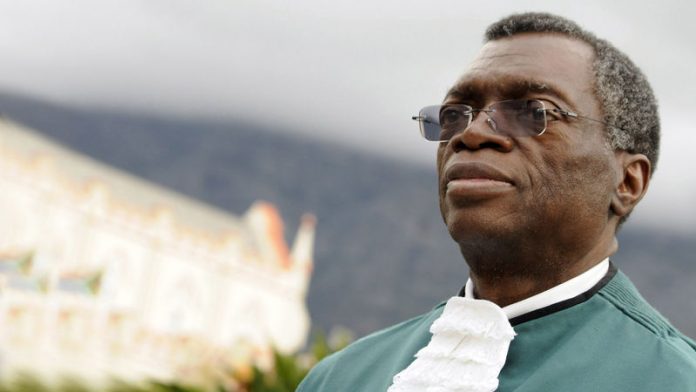 The generous humanity of South Africa's former chief justice Pius Langa, who died on July 24 this year, was celebrated at a special ceremony at the Constitutional Court on Tuesday.

Advocate Dumisa Ntsebeza, chairperson of the Advocates for Transformation, noted Langa's capacity for a humane approach to the law as far back as the 1980s when Langa was a human rights lawyer and political activist with links to the Pan Africanist Congress (PAC) and United Democratic Front based in Durban.

Ntsebeza, a lead investigator at the Truth and Reconciliation Commission, remembered that even after Langa's brother, Ben, had been killed by ANC activists he had, at "public rallies called for the murderers's death sentences to be commuted".

Ben Langa's killers where later hung by the apartheid state, and Ntsebeza noted that the ANC had later admitted at the TRC hearing that it had been "disinformed" by apartheid-era security agents that Ben Langa was an apartheid spy.

Pius Langa, who served on the Constitutional Court from its inception in 1994 until he retired as chief justice in 2009 would, during that tenure, go on to write the seminal S v Makwanyane judgment that abolished the death penalty in South Africa.

Sisulu added that Langa's vision of "transformative Constitutionalism" was that the country's founding document was "fundamentally designed to achieve a better life for all our people".

Nokukhanya Jele, spokesperson for the National Association of Democratic Lawyers, lauded Langa for his intellectual honesty and integrity.

According to the Constitutional Court website, Langa, who was born in Bushbuckridge on March 25 1939, obtained the B Iuris and LL B degrees (in 1973 and 1976 respectively) by long-distance learning through the University of South Africa. He worked in a shirt factory and as an interpreter and messenger in the magistrate's court in Durban and was admitted to the bar as an advocate in 1977. He served in the then-Natal division and became a senior counsel in January 1994.

As an advocate he represented trade unionists and political activists charged with political offences  under apartheid's oppressive security legislation.

He served on the first Constitutional Court from 1994, becoming its deputy president in 1997 before assuming the position of deputy chief justice in November 2001. He was appointed chief justice by former president Thabo Mbeki in June 2005.