Essien, Boateng back for Ghana 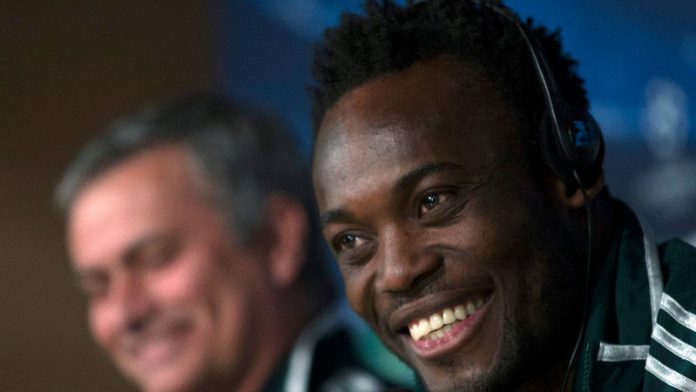 The pair, who have hardly played for Ghana since the World Cup in South Africa in 2010, were joined by Andre Ayew.

He was back in contention after being dropped at the start of the year.

Essien, who is on loan at Real Madrid from Premier League club Chelsea, has missed almost all of Ghana's games since the 2010 World Cup through a combination of serious knee injuries and a sabbatical.

As a result, he was absent from the last three major tournaments for his country: the World Cup in 2010 and the 2012 and 2013 African Cups.

Boateng retired from internationals in 2011 but the AC Milan midfielder said in a letter to the Ghana Football Association last week that he was now available again with the World Cup in Brazil less than a year away.

Marseille winger Ayew also was named again in coach Kwesi Appiah's 26-man squad after being left out for this year's African Cup in January and February because he didn't arrive at a training camp in time and then made himself unavailable.

He and his brother, striker Jordan, have also announced their return from self-imposed exiles, although Jordan was not included in this squad.

In need of a draw
Striker Asamoah Gyan, who captained Ghana at the African Cup in South Africa, was picked, and midfielders Kwadwo Asamoah of Juventus, Emmanuel Agyemang Badu of Udinese and Mubarak Wakaso of Espanyol were listed alongside Essien and Boateng.

Ghana needs a draw against Zambia in Kumasi on September 6 to make Africa's final World Cup playoffs in October and November, when the continent's five countries to go to the World Cup will be decided.

Ghana made the quarterfinals at the last World Cup, only the third African team to make the last eight of the world's showpiece after Cameroon in 1990 and Senegal in 2002.