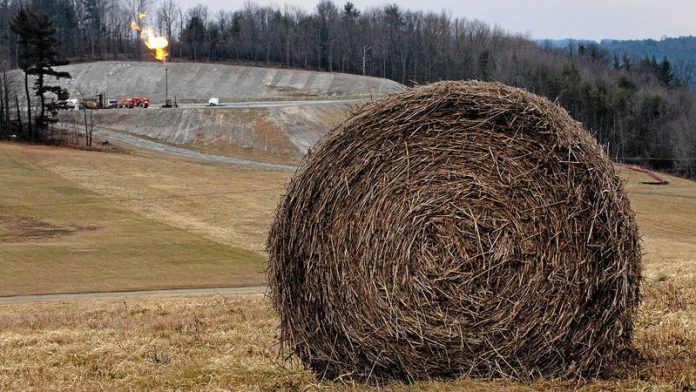 The government estimates enough gas can be discovered to generate R1-trillion of sales within three decades and help bring a country that imports 70% of its crude oil needs closer to supplying its own energy demand. Landowners are lining up against the water-intensive drilling techniques that Europe’s biggest oil company intends to use.

"People don’t see what will happen," Izak van der Merwe, a 59-year old sheep farmer, said as he sipped a beer while walking down a line of freshly slain antelope at the Murraysburg Hunting Competition, 620 kilometres north-east of Cape Town. "The people at Shell don’t realise the kind of ecosystem we have."

At stake is a government drive to cut an unemployment rate that’s higher than the national average of 25.6% in the Karoo, an arid area the size of the US state of Montana with little economic activity. The shale industry could be a "game changer" for the economy, Trade Minister Rob Davies said in Parliament on August 22. Exploration regulations may be passed by the end of the current government’s term in April next year.

South Africa’s shale reserves, concentrated in the Karoo, could be the world’s eighth-biggest behind countries like China, where Shell plans to invest in the industry, and the United States, where it’s already producing the gas, the US Energy Information Administration said in June.

Thousands of landowners
Gas is more efficiently pumped from shale using hydraulic fracturing, or fracking, where pressurised water, chemicals and sand are injected underground to shatter rock and release the fuel that’s trapped.

Opponents including Douglas Stern, a member of Agri Eastern Cape, representing more than 3 000 landowners in the province, say fracking could cause pollution, threatening the Karoo. The region covers about a third of South Africa, with its landscape of sparse grass and shrubs supported by annual rainfall that can be less than four inches, drier than California’s Mojave desert. South Africa as a whole averages about 46 centimetres of rainfall a year, according to the government.

"We’re going to be polluting our water," Stern said in an interview.

Farmers like Van der Merwe, who owns 3 200 sheep, fear that the drilling could end the lifestyle that some of their families have had for more than a century.

Wool and ostrich meat
As one of the least-populated areas in the country, the Karoo produces most of South Africa’s wool and accounts for the bulk of the country’s mohair output, export industries worth about R3.4-billion. Buyers include luxury suit-maker Ermenegildo Zegna. The region also produces sheep and ostrich meat.

Rupert, whose controlling stake in luxury goods-maker Richemont accounts for two thirds of his $8.4-billion fortune, owns land in the area and is "very actively involved in opposition to fracking", Derek Light of Graaff- Reinet-based Derek Light Attorneys, representing the billionaire and 400 landowners, said. Rupert didn’t respond to requests for an interview.

"There will be pollution causing a loss of air quality and potential contamination of groundwater," Light said in an email. "These activities will impact negatively on agriculture and undermine food security" and tourism will be damaged, he said.

Shell plans to bring in water from sources including the sea in "the initial exploration" period, and "“local experts" will be consulted prior drilling each well, it said on its website. Shell has said it won’t compete with local communities for fresh water, and that farmers may benefit from exploration.

Fair compensation
"There will be fair compensation for land owners, the land and the crops, and then there will be jobs for local communities," Claude Vanqa, Shell’s community relations representative in the Karoo, told government officials on May 23 in Fraserburg in the Northern Cape province.

Shale gas could generate as many as 700 000 jobs in South Africa, according to Shell, which cited a study by Johannesburg-based Econometrix.

Vanqa, who grew up in Beaufort West, in the Karoo, has crisscrossed Shell’s 90 000-square kilometre lease area to make presentations to its 17 municipalities.]

"We hope to be granted an exploration right within months," Janine Nel, a spokesperson for the Hague-based company, said.

Minister Susan Shabangu is "in favour of the opportunities it can unlock" and considerate of its impact on society and the environment, he said.

Falcon Oil & Gas, which was granted a technical cooperation permit in 2009 for 30 000 square kilometres and has a partnership with Chevron, is also waiting for permits. Bundu Oil & Gas Exploration, owned by Melbourne-based Challenger Energy, has an application for about 4 144 square kilometres.

Production could start within 10 years, adding to energy options in South Africa which relies on coal-fired plants for 85% of its 41 900 megawatts of installed electricity capacity. Sasol, based in Johannesburg, supplies more than a fifth of the country’s motor fuel by processing coal. – Bloomberg