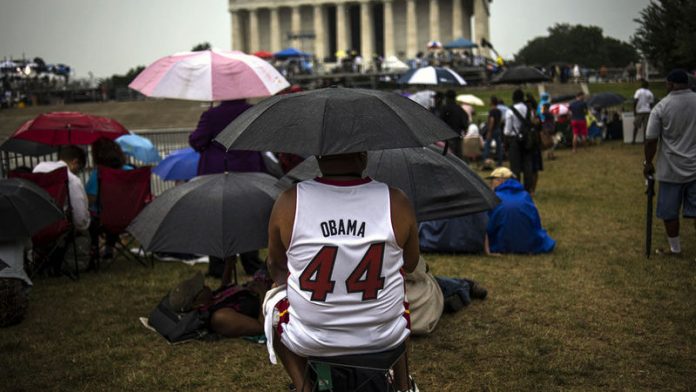 US President Barack Obama challenged Americans on Wednesday to enshrine Martin Luther King Jr's victory over racial oppression with a new "dream" of economic equality, which he has placed at the centre of his own political legacy.

Fifty years after the "I have a dream speech," America's first black president stood poignantly on the steps of the Lincoln Memorial in Washington, where King made an appearance in 1963 which changed history. 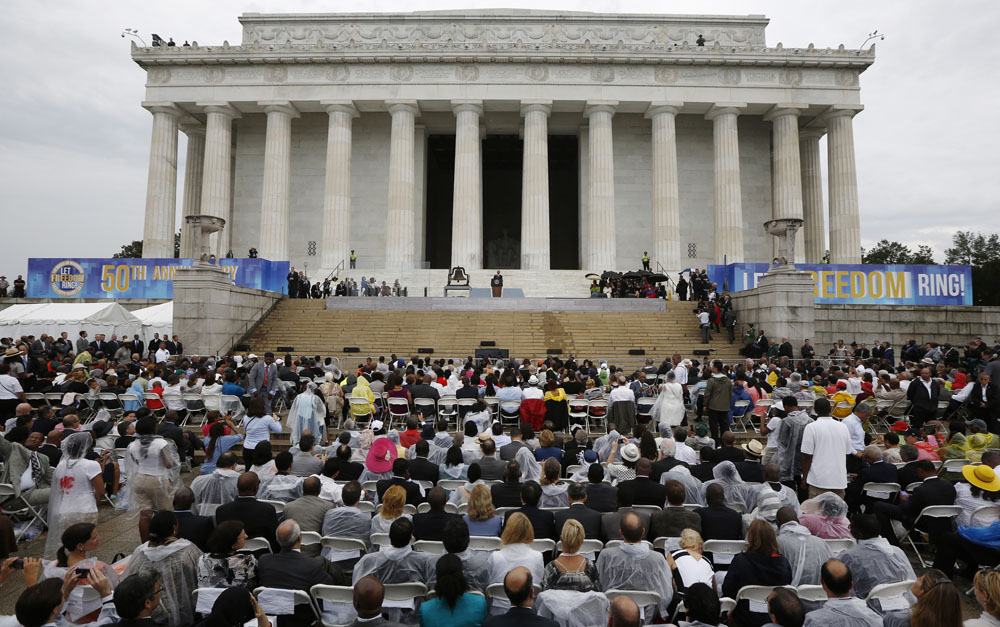 "He offered a salvation path for oppressed and oppressors alike," Obama said in a ringing address, which he admitted beforehand would not match King's oratory.

"His words belong to the ages, possessing a power and prophecy unmatched in our time," Obama told a crowd of thousands.

Obama also remembered the thousands of African Americans who joined King's March on Washington to demand their rights and to wake their country's "long slumbering conscience".

The president, who has faced some criticism for not doing more to help the African American community, which remains plagued by poverty and barriers to advancement, dismissed arguments that little had changed for blacks since King spoke.

"To dismiss the magnitude of this progress, to suggest, as some sometimes do, that little has changed – that dishonours the courage and the sacrifice of those who paid the price to march in those years," he said. 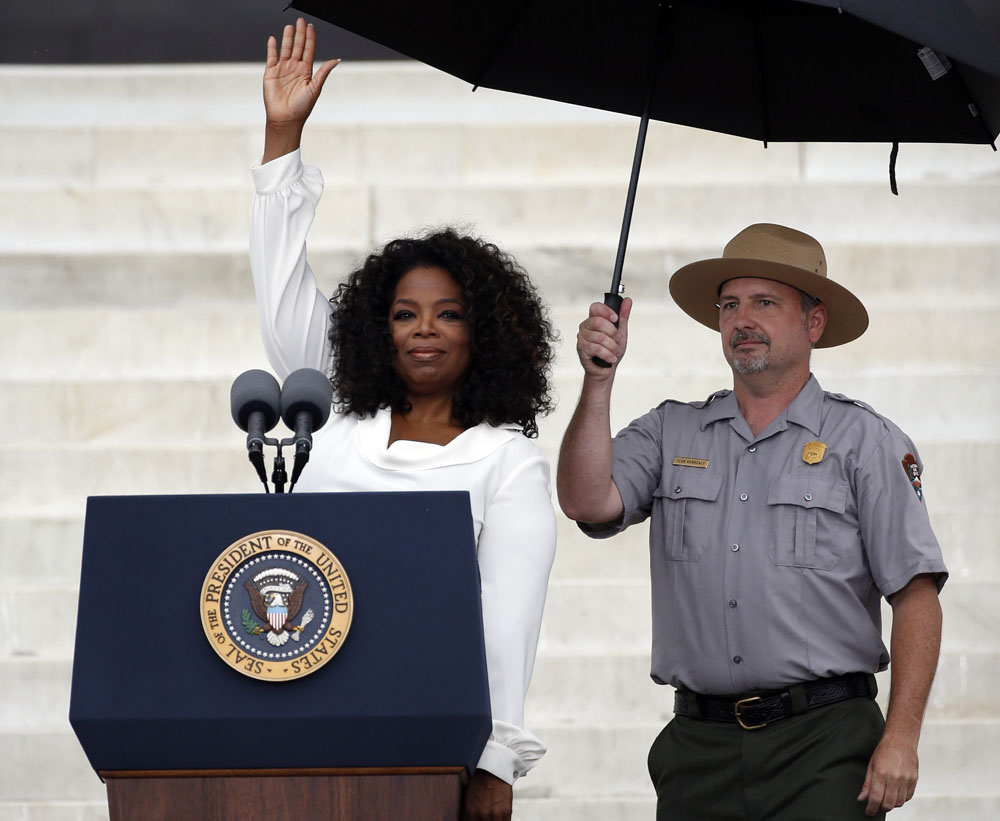 "We would dishonor those heroes as well to suggest that the work of this nation is somehow complete," Obama said.

"The arc of the moral universe may bend towards justice, but it doesn't bend on its own. To secure the gains this country has made requires constant vigilance, not complacency," Obama said.

The president then struck the sharply political themes that powered his two runs for the presidency, saying the test of progress was whether all Americans, be they white steelworkers or black custodians, could reach the middle class if they worked hard.

"To win that battle, to answer that call – this remains our great unfinished business," Obama said.

"No one can match King's brilliance. But the same flame that lit the hearts of all who are willing to take a first step for justice, I know that flame remains."

Obama delivered his speech next to a giant bell that was salvaged from an Alabama Church where four young girls were killed in an arson attack in 1963.

He was joined at the ceremony by former presidents Jimmy Carter and Bill Clinton, revered civil rights leaders like King confidant John Lewis and members of the King family. 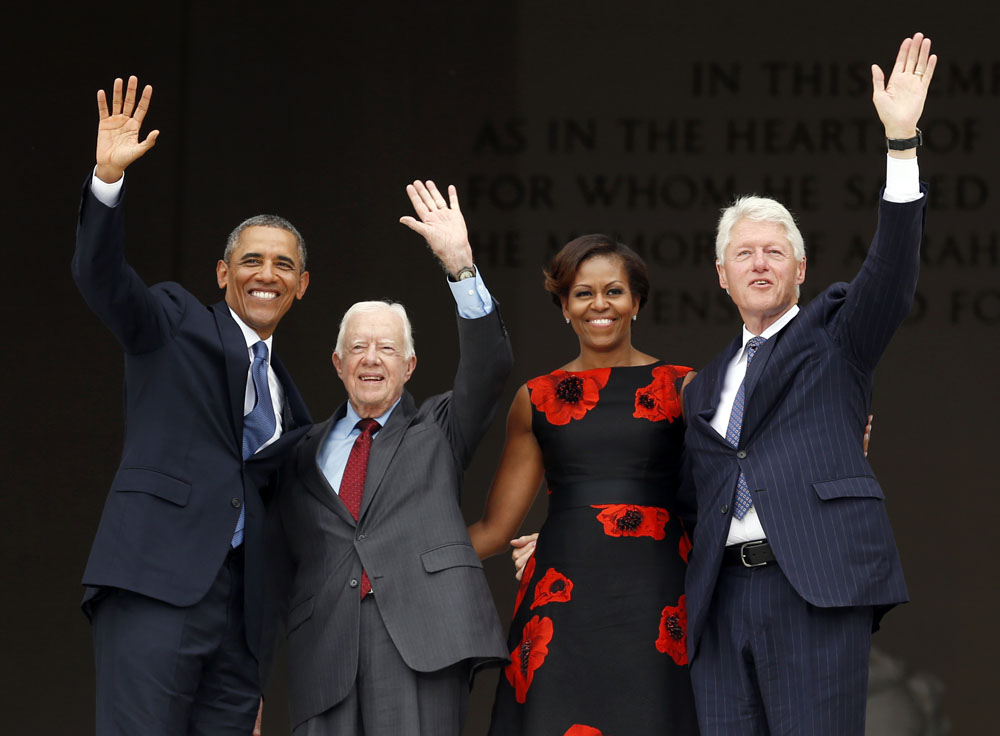 Clinton said that it was time to open the "stubborn gates" barring wider opportunity.

"The choice remains as it was on that distant summer day 50 years ago. Co-operate and thrive or fight with each other and fall behind."

"[The] march and that speech changed America. They opened minds, they melted hearts," Clinton said, remembering the moment he heard speech.

"They moved millions, including a 17-year-old boy watching alone in his home in Arkansas."

Wednesday dawned rainy and with gray skies in Washington, a far cry from that sweltering August back in 1963. 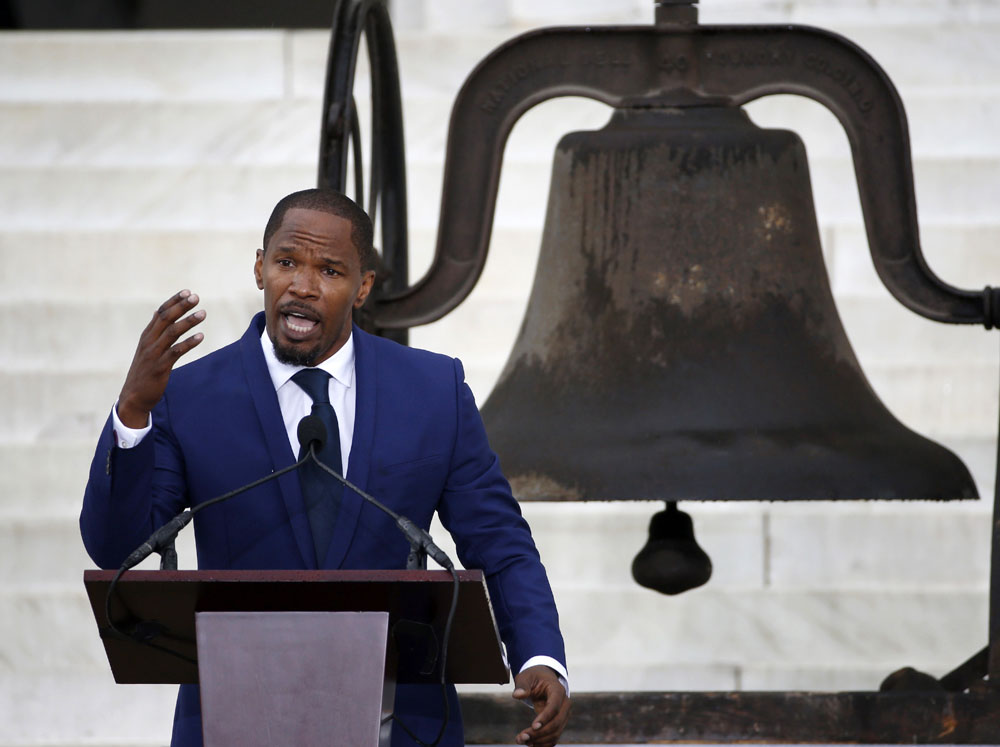 But some of the original crowd returned for the 50th anniversary, pairing their memories with the reality of the challenges facing African Americans today.

Edith Lee-Payne recalled how, as a 12-year-old, she was captured in an iconic photograph of the day King spoke.

"It was something that didn't end on that day," she said.

Racial discrimination
King's famous refrain "I have a dream" was not in his original remarks.

But off-the-cuff, King declared: "I have a dream that one day this nation will rise up and live out the true meaning of its creed: 'We hold these truths to be self-evident: that all men are created equal'."

The march helped set the stage for the Civil Rights Act of 1964 that outlawed major forms of racial discrimination, followed a year later by the Voting Rights Act, designed to guarantee the franchise for all black US citizens. – AFP