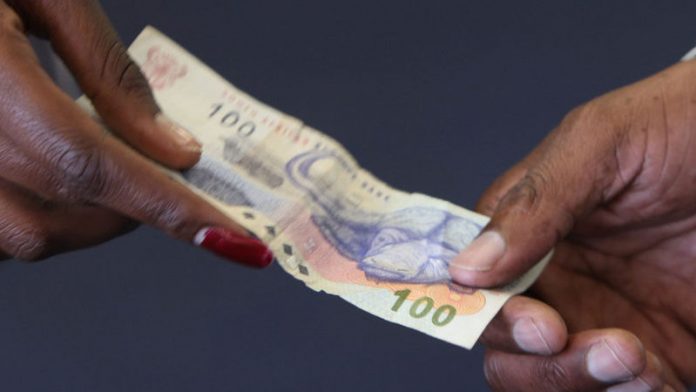 There is good news for third-quarter growth as new research shows that take-home pay and the number of people taking home more than R10 000 every month has seen a massive increase.

The BankservAfrica Disposable Salary Index shows that the current increase is the highest since September 2010, according to Mike Schüssler, chief economist for Economists.co.za

While inflation was very high in July, at 6.3%, the average salary increased way above inflation. The average take-home pay increased to R10 924 per month.

"This means that for the first time in 11 months, average real disposable salaries are showing positive growth on a year-on-year basis. The real increase in disposable salaries is, therefore, 4.7% in July 2013 – the highest of such level in nearly two years," Schüssler said.

But Schüssler warned against too much optimism.

"The economy may benefit for a short period from this temporary spike. We expect that there will be another big increase in consumer spending in the next month or so, which may actually assist third-quarter growth … However, the [index's] figures also show just how weak the South African economy was in the third quarter of 2012, as both the delay in salary increases and the strikes had major effects on the overall consumer behaviour."

"For the June and July figures some caution is needed when looking at the percentage increases, as some increases are actually higher than would be the case under normal conditions … It is important to keep in mind that salary increases were paid to public service members very late in 2012. This resulted in the fact that the current numbers actually reflect two years' worth of increases for them, artificially increasing growth at this point. In other words, the current figures may be a temporary blip that will fade away after August payments. In all likelihood, we will only see a more realistic picture in the September data."

Rising salary levels
But, according to Schüssler, not all of the index's increase seems to be from last year's delay in salary implementation.

There seems to be a slight decrease in the number of employees paid. At the same time, the overall total salary bill over the last three months increased by 12.2%. This is confirmed by the 16.9% increase in personal income tax collected by the South African Revenue Service in June 2013, compared to a year ago.

Chief executive for regulated products at BankservAfrica Brad Gillis said the median disposable salary has increased for the first time to over R8 000 per month.

Gillis said that although this may also be a temporary phenomenon, it does show that the number of people in formal sector employment with take-home salaries of over R10 000 per month is increasing.

The research found that July 2013 was the first month in the history of the index's review that 40% of all disposable salaries captured on the BankservAfrica system were over R10 000.

With many sectors still bargaining over their wage settlements, it is likely that the number of employees who earn a disposable salary of over R10 000 per month (paid electronically into their bank accounts) may increase in the next couple of months, Gillis said.

SARS and Reserve Bank coming for Ramaphosa over buffalo millions