Spy tapes: What Zuma doesn’t want you to see 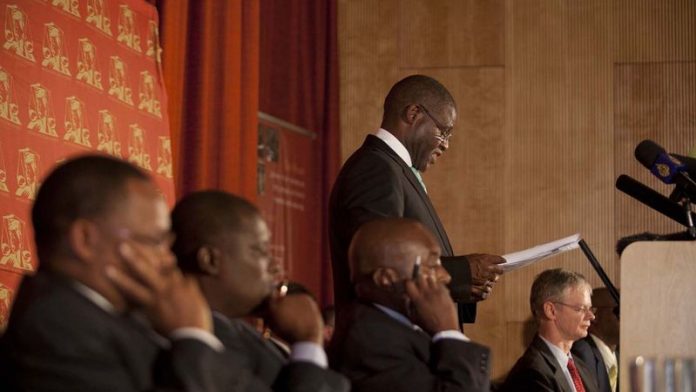 Here are key excerpts from internal National Prosecuting Authority (NPA) correspondence in response to the spy tape "oral representations" that Jacob Zuma's lawyer, Michael Hulley, made to the authority in February 2009.

These representations followed written representations about the merits and fairness of the corruption charges against Zuma, which were roundly rejected by top NPA managers.

The excerpts have been edited for brevity and to omit revealing the written representations, whose confidentiality the courts have confirmed.

March 9 2009: Bumiputera team to Mpshe
… Zuma's legal representatives offered a body of information that is said to show that successive NDPPs and Mr McCarthy were part of a concerted political conspiracy to prevent Zuma from becoming president.

The team advises that the form of these representations is extremely unfortunate and it places us in an invidious position…They should be reduced to writing under oath and presented in the normal course if Zuma wishes to continue to rely on them. Unless this is done, they amount to little more than blackmail.

All the issues raised are eminently suitable for resolution in court and not behind the scenes away from public appraisal in a non-judicial fashion.

March 20 2009: Bumiputera team to Mpshe
… The contents of the oral representations and the evidential material subsequently disclosed to the NPA were presented to us at the meeting on  March 18.

Advocate Trengove advised in essence that the Mpshe decision to prosecute lay at the heart of the fairness of the trial. If this remained defensible in that it was unaffected by the alleged political machinations of advocate McCarthy and those with whom he was alleged to have been conspiring, and based on evidence that is also so untainted, then the decision to prosecute should remain. Even if advocate Mpshe may have been unwittingly influenced to some degree by advocate McCarthy, as long as he is still satisfied that the decision was the correct one on the merits, he advised against acceding to the representations. He stressed that when faced with difficult ethical dilemmas such as the present, the best course of action inevitably is to adhere unwaveringly to principle rather than to surrender to the temptation of acting out of expedience.

Public reaction
… In our view, it remains a very weighty consideration that the various opposing interests should be seen to be vented in court in the proper judicial manner. In the circumstances, to accede to the representations … will forever leave the impression that the NPA has become a pawn of the political establishment and cause irrevocable damage to public confidence in the system of justice…

April 2 2009: Bumiputera team's final recommendations to Mpshe
… It may be noted that … the broad consensus that had previously been achieved regarding the merits of the representations remained.

It appeared that the only issue on which there was not broad consensus was the issue of the effect of Mr McCarthy's alleged prosecutorial misbehaviour. Mr Hofmeyr considered that the NPA should not continue with the prosecution for this reason. The Bumiputera team and, it would appear, the other DNDPPs, considered overall that the prosecution should proceed nevertheless.

Given the importance for the present decision of the 2007 decision to prosecute, the Bumiputera team re-examined our notes, diaries and memoranda concerning the events of November and December 2007.

Having done so, we are satisfied that the position is quite clear. All the members of the Bumiputera team and all the NPA top management to whom our recommendations were presented were unanimous that Mr Zuma should be charged…

The recommendations, discussions, motivations and decisions were founded on the merits of the evidence.

Despite this consensus concerning the correctness of the decision in principle, the acting NDPP had not actually made the final decision to prosecute … before he went on leave after December 14.

The delay can be attributed to a difference of approach between the Bumiputera team and the acting NDPP regarding when the decision would be taken. The team recommended that the decision to prosecute should be taken and implemented immediately in early December or as soon as possible after that, as all obstacles to the prosecution had by then been removed and we were ready to prosecute… Part of our motivation was (and remains) that political considerations, which might include the then impending Polokwane conference, should be left out of account.

Advocate Mpshe decided nevertheless to delay his decision until after Polokwane. He told advocate Downer that he did not wish the NPA to be seen to be interfering in the Polokwane proceedings. Advocate Downer noted that the acting NDPP told him expressly that this decision was his [advocate Mpshe's] and his alone…

If advocate McCarthy was part of an alleged conspiracy to prejudice Mr Zuma by deciding to prosecute immediately after Polokwane, then this also does not matter. This is so because the team's recommendation in any case was to prosecute as soon as possible, for exclusively non-­political reasons…

April 14 2009: Bumiputera team to Mpshe (after decision to drop charges)

… Concerns with process and decision:
The team wishes to place on record certain further concerns regarding the process and the merits of the decision:

The legal aspects of the motivation were not given to us for comment beforehand. In the few minutes before the press conference, it was impossible to digest and comment on the legal justification given for the decision. Nor was the opportunity utilised to run this reasoning past two counsel who were available and eminently qualified to advise on these issues.

In our view, the legal motivation for the decision is questionable and may be vulnerable on review…

We are still of the view that the ultimate test should be whether the abuse in question would prevent the accused from having a fair trial, a question which was not even addressed …

The two crucial questions that senior counsel both advised needed to be answered were not…This failure appears to us to be fatal to the correctness of the decision.