Going to war will backfire on the West 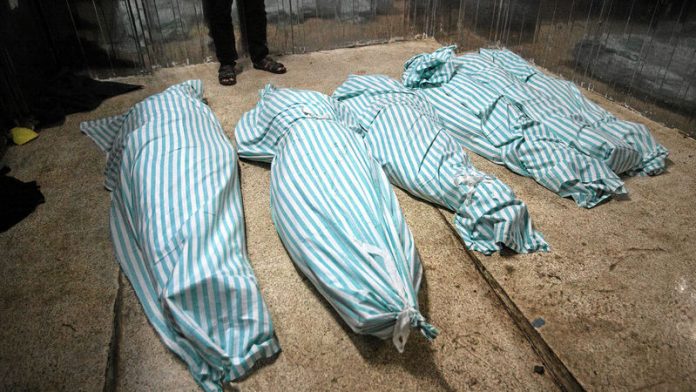 All the signs are they're going to do it again. The attack on Syria now being planned by the United States and its allies will be the ninth direct Western military intervention in an Arab or Muslim country in 15 years.

The looming bombardment follows onslaughts on Sudan, Afghanistan, Iraq, Libya and Mali, as well as a string of murderous drone assaults on Yemen, Somalia and Pakistan.

The two former colonial powers that carved up the Middle East between them, Britain and France, are as ever chafing for a slice of the action as the US assembles yet another "coalition of the willing".

And, as in Iraq and Sudan (where former United States president Bill Clinton ordered an attack on a pharmaceuticals factory in retaliation for an al-Qaeda bombing), intelligence about weapons of mass destruction is again at the centre of the case being made for a Western missile strike.

In both Iraq and Sudan, the intelligence was wrong. But, once again, UN weapons inspectors are struggling to investigate WMD claims, although the US and its friends have already declared them "undeniable". Once again they are planning to bypass the United Nations Security Council. Once again, they are dressing up military action as humanitarian, despite failing to win the support of their own people.

The trigger for the build-up to a new intervention – what appears to have been a chemical weapons attack on the Damascus suburb of Ghouta – certainly has the hallmarks of a horrific atrocity. Hundreds, mostly civilians, are reported killed and many more wounded.

But so far no reliable evidence has been produced to confirm even what chemical might have been used, let alone who delivered it. The Western powers and their allies, including the Syrian rebels, insist the Syrian army was responsible. The Damascus government and its backers, Russia and Iran, blame the rebels.

The regime, which has large stockpiles of chemical weapons, undoubtedly has the capability and the ruthlessness. But it's hard to see a rational motivation. Its forces have been gaining ground in recent months and the US has repeatedly stated that chemical weapons use is a "red line" for escalation.

For the same reason, the rebel camp (and its regional sponsors), which has been trying to engineer a Western intervention in the Libya-Kosovo mould for the past two years to tip the military balance, clearly has an interest in that red line being crossed.

Paul Schulte, an arms proliferation expert from King's College London, believes rebel responsibility "can't be ruled out", even if the "balance of probability" points to the regime or a rogue military commander. Either way, whatever evidence is produced this week, it's highly unlikely to be definitive.

But that won't hold back the Western powers from the chance to increase their leverage in Syria's grisly struggle for power. A comparison of their response to the Ghouta killings with this month's massacres of anti-coup protesters in Egypt gives a measure of how far humanitarianism rules the day.

The Syrian atrocity, where the death toll has been reported by opposition-linked sources at 322 but is likely to rise, was damned as a "moral obscenity" by US Secretary of State John Kerry. The killings in Egypt, the vast majority of them of civilians, have been estimated at 1295 over two days. But President Barack Obama said the US wasn't "taking sides", although Kerry earlier claimed the army was "restoring democracy".

In reality, Western and Gulf regime intervention in Syria has been growing since the early days of what began as a popular uprising against an autocratic regime but has long since morphed into a sectarian and regional proxy war, estimated to have killed over 100000, Balkanised the country and turned more than a million people into refugees.

Now covert support has become open military backing for a rebel movement split into over 1000 groups and increasingly dominated by jihadist fighters, as atrocities have multiplied on all sides. Although the focus has been on Ghouta this week, rebels have been ethnically cleansing tens of thousands of Kurds from northeast Syria across the border into Iraq.

Until now, the Western camp has been prepared to let Syria bleed, although Obama has resisted pressure for what he last week called more "difficult, costly interventions that actually breed more resentment". Now the risk to US red-line credibility seems to have tipped him over to back a direct military attack.

But even if it turns out that regime forces were responsible for Ghouta, that's unlikely to hold them to account or remove the risk from chemical weapons. More effective would be an extension of the weapons inspectors' mandate to secure chemical dumps, backed by a united Security Council, rather than moral grandstanding by governments that have dumped depleted uranium, white phosphorus and Agent Orange around the region and beyond.

In any case, chemical weapons are far from being the greatest threat to Syria's people. That is the war itself and the death and destruction that has engulfed the country. If the US, British and French governments were genuinely interested in bringing it to an end, instead of exploiting it to weaken Iran, they would be using their leverage with the rebels and their sponsors to achieve a ceasefire and a negotiated political settlement.

Instead, they seem intent on escalating the war to save Obama's face and tighten their regional grip. It's a dangerous gamble.

Even if the attacks are limited, they will certainly increase the death toll and escalate the war. The risk is that they will invite retaliation by Syria or its allies, including against Israel, draw the US in deeper and spread the conflict. The West can use this crisis to help to bring Syria's suffering to an end – or pour yet more fuel on the flames. – © Guardian News & Media 2013