Economic week ahead: Syria, US jobs report to dominate 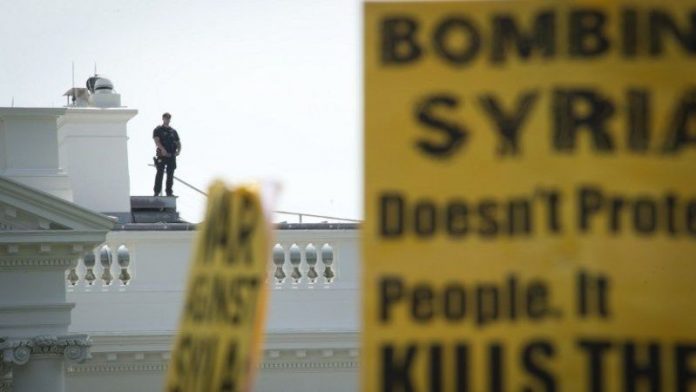 US President Barack Obama laid out his case for action in a speech to Americans on Saturday. Congress will now consider authorising an attack, the timing and implications of which remain major causes of uncertainty – something markets abhor.

Highlights of this week's economic calendar include the latest US employment report, central bank decisions in Europe, the UK, Australia, Japan, Kenya and Uganda along with a host of economic indicator reports from around the world. Here is your guide.

Africa
Central bankers in Kenya and Uganda will announce their latest rates decisions on Tuesday.

Kenya's consumer price inflation continued to increase in July. The consumer price index (CPI) rose to 6.0% from a year earlier, up from 4.9% in June. The weak shilling exchange rate, higher government spending levels and a relatively loose monetary policy are likely to fuel further year on year rises in inflation for the remainder of the year. As a result, the central bank will have little room to lower its benchmark interest rate from its current level of 8.5%.

Inflation will also dominate discussions at the Bank of Uganda as officials consider action on the bank's 11.0% policy rate. Uganda's consumer inflation continued its upward trend last month, reaching 7.3% in August from a year earlier, its highest level since August 2012. Food prices – which are weighted at 27.2% of the country's CPI basket – have spiked recently due to a drought which has lowered crop yields and constrained food supplies. Crop prices rose 16% from July to August.

Beyond these two policy decisions this week will bring a slew of economic data from across the continent. Highlights include South Africa's latest manufacturing purchasing managers' index (PMI) print on Monday and Nigeria's second quarter gross domestic product (GDP) figures on Friday.

The final reading of the Markit/HSBC PMI, which followed on Monday, also confirmed expansion in China's massive manufacturing sector for the first time in four months. The index climbed to 50.1 in August, up significantly from 47.7 in July and unchanged from last week's preliminary number.

China's official PMI is weighted more heavily toward larger firms than HSBC's. Taken together, the two surveys offer some measure of reassurance that the world's number two economy may have avoided a sharp slowdown.

Elsewhere in the region, officials at the Reserve Bank of Australia (RBA) will announce their latest rates decision on Tuesday. A policy announcement from the Bank of Japan (BOJ) will follow on Thursday.

All fourteen economists responding to a recent survey by the Australian Associated Press (AAP) expect the RBA to keep its cash rate on hold at 2.5%, a record low.

Speaking last month, board member Yoshihisa Morimoto said that the world's number three economy is performing as officials expected. Deputy Governor Kikuo Iwata, also speaking in August, said that it will take time for the bank's stimulus measures to appear in the real economy.

Europe
Monday will bring manufacturing purchasing managers' index (PMI) reports – leading economic indicators – from across the continent. The euro zone's PMI is expected to hold steady at 51.3. Indices in Germany and France – the continent's two largest economies – are expected to show headline numbers of 52.0 and 49.7, respectively, also unchanged from the previous month.

Readings above 50 signal expansion. Readings below 50 indicate contraction. On the whole, Monday's figures are expected to paint a cautiously optimistic picture of the long-struggling region.

On Wednesday, the euro zone will release revised second quarter growth figures. The currency bloc's revised gross domestic product (GDP) figures are likely to continue to show that the region's economy shrank by 0.7% in the three months ended in June from the same period a year earlier, but expanded 0.3% quarter on quarter.

As the week rolls on, attention will shift to Europe's two most powerful central banks. Both the European Central Bank (ECB) and Bank of England (BOE) will announce their latest monetary policy decisions on Thursday.

Consensus is that policymakers at both institutions will leave interest rates on hold. The ECB's interest rate currently sits at 0.5%, as does the BOE's base rate.

Markets will pay close attention to ECB President Mario Draghi's post-meeting press conference for reassurance that the bank intends to keep rates at record low levels for an extended period, despite a recent improvement in economic performance data. Many fear that a premature tightening of monetary policy could jeopardise the region's still fragile recovery.

In the run-up to Friday's big number, economists and investors will have plenty of other data to keep them busy. Markets are closed on Monday in observance of the Labour Day holiday, but when trading resumes on Tuesday, attention will focus on the Institute for Supply Management's manufacturing composite index. Analysts surveyed by Bloomberg expect the index to fall to 53.8 from last month's two-year high of 55.4, but remain firmly in expansion territory.

Wednesday's international trade data is expected to show that the world's largest economy's trade gap swelled to $39-billion in July from $34.2-billion in June, the lowest deficit figure in more than two years.

Thursday's weekly jobless claims figures are likely to show a slight improvement. Consensus is that 330 000 Americans filed for jobless benefits in the week ended August 31, roughly 1 000 less than in the previous week.