It takes two to pangu 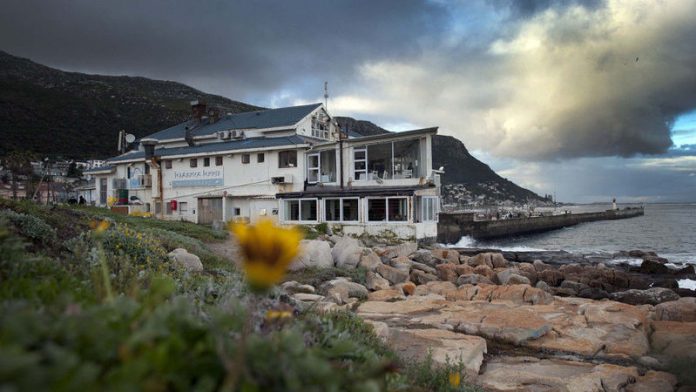 The clientele often defines a restaurant as much as the food; something reviewers frequently overlook. Location, décor, pricing, staffing and who the proprietors are all play a part. They may all be hamburger joints with little difference in the menu, but one is popular with bikers, another with hipsters, yet another with families.

Take the two Harbour House restaurants in Cape Town–same menu, same food, both with enticing wood-burning fireplaces, both on the water in working harbours–and yet they have a very different tone. One eatery is in the bubble-like playground of the V&A Waterfront; the other in the quaint seaside village of Kalk Bay.

Settings don't come much more spectacular than these. Restaurants in such prime locations can often be tourist traps run by food muggers, but the Harbour House group significantly upped their game a while ago. What's more, they have now maintained that new standard for several years to deliver food consistent with their splendid positions.

I rather like the nondescript, slightly grotty entrance to the original establishment in Kalk Bay. You think you might be entering through the kitchens or tradesmen's door. Built out on a spit of rocks (one wall is in fact part of the breakwater) the sea rushes in on both sides. The attractive interior is white-painted wood with royal-blue accents–a nod to the Greek isles. The smell of mussels on the rocks whets the appetite. On windy, stormy winter nights, the atmosphere reaches its peak.

People are casual, relaxed and dressed down. The menu is small format, printed in a homemade fashion. Many locals go to the cheaper establishments nearby, but there is still a healthy mix of villagers and domestic tourists, in which category one may include folk from the city–Capetonians being so loath to travel they consider even the shortest trip an expedition, myself included.

Despite this, I still more readily drive the 30km to Kalk Bay than the 3km to the V&A Waterfront. The Waterfront is one of the most tastefully done malls in the world, though a mall it remains.

The Harbour House here (opened at the end of 2011) has a magnetic location with two floors and a large alfresco dining area. The architecture skilfully references wooden quayside warehouses. It attracts a well-heeled local crowd and foreign tourists dressed for dinner.

At both establishments, I've had pangu (a sort of red snapper), angelfish and yellowtail, ordered from the blackboard listing the daily catch, some of it from the group's own trawler, Live Bait. The quality is on a par, though at the V&A attention to detail seems sharper.

The food is boldly but elegantly plated with an eye for vivid colours. Though the immaculate presentation is almost identical, in the context of Kalk Bay, with its pounding waves, it speaks of a cruel sea tamed for your pleasure. By contrast, in the context of the tranquil Waterfront, where everything has been domesticated, the plates shine for their formal but unfussy presentation.

The fish is prepared with French nous–delicately cooked and accompanied by the likes of sauce vert, orange beurre blanc, garlic mash and various mayonnaises. It is enlivened by Mediterranean flavours–black olives, capers, vine tomatoes, basil and oregano, and sometimes a poached egg on top. You'll also get perfectly crisped sage leaves.

The seafood ceviche starter with cucumber, red onion and coriander is very popular, but abnormally sweet to my taste. Pay attention, too: at Kalk Bay I had a few stray prawn tail shells in the mix.

For those not keen on fish or seafood, the meat dishes are of an equally high standard. I wholeheartedly recommend the beef tataki with chilli and sesame seeds beneath a salad of red onions, green beans and pickled mushroom for starters, and for main course, the three-bone rack of Karoo lamb coated in chives and mustard, served with potatoes, spinach, pearl onions and a thyme and rosemary jus.

For dessert, you can't go wrong with a trio of sorbets–lemon, orange and granadilla–on a pineapple carpaccio with slivers of chilli and lime syrup.