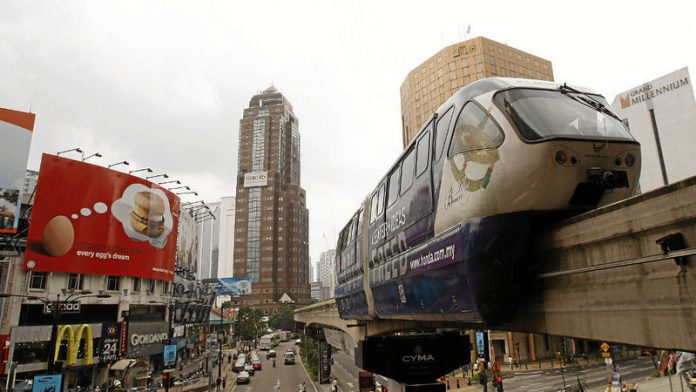 Asian Tigers beware: there’s a new cat on the block. After decades of conflict, instability and mismanagement, Africa is breaking free from its troubled past. Countries like Tanzania, Ethiopia and Nigeria are leaping ahead, enjoying unprecedented growth and investment.

As they chart their own development paths, Africa’s “lion economies” are studying the tracks left by others. Asia’s economic modernisation – the fastest in history – offers one such path to prosperity.

Fifty years ago, Asia accounted for less than 15% of global output. China’s economy was smaller than France’s; South Korea’s gross domestic product (GDP) was less than Mozambique’s. But within a single generation, the most populous region on Earth became one of the most prosperous. South Korea’s economy is now almost equivalent to sub-Saharan Africa’s. Asia produces 40% of global output, has a larger middle class than Europe, and is home to more billionaires than North America.

Economic development has been accompanied by political reform. A few decades ago, there were only a handful of free societies in Asia. Today, the Philippines, Taiwan, Korea, Malaysia and Indonesia – between them, home to 400-million people – have joined the growing list of vibrant Asian democracies.

A decade ago, Africa resembled the Asia of the 1960s: a jumble of undemocratic regimes, broken by conflict and poverty, with few prospects for progress. Today it is one of the fastest-growing continents on Earth. Over the next 10 years, Africa’s lion economies are expected to boost the continent’s GDP growth to Asian levels. Africa is poised for its own transformative half-century.

Having been plundered before, Africa must wonder whether capitalism is any better than colonialism. But this time things can be different. Done right, democratic and economic reform can enrich its citizens. African nations will choose their own development model. But by looking East they can learn from Asia’s example.

In 2010, Malaysia began a programme of unprecedented economic reform: we combined targeted state support in key sectors alongside policies to open up our economy. Since then, our GDP has grown by 6% a year, and per capita income is up by 49%. We have ended extreme poverty, and are on track to becoming a high-income nation by 2018 – two years ahead of schedule.

To emulate this success, I believe emerging economies must do four things. They are not universal principles, but they offer a template for development – one that has already been tested in the fierce heat of global economic competition.

First, countries must allow open markets. Targeted liberalisation and a welcoming business environment can attract foreign investment – and build globally competitive industries. By removing equity conditions, we unlocked our services sector; last year, the share of private investment to GDP increased to 15%, and Malaysia became the world’s 12th best place to do business.

Second, the state can play a catalytic role, directing investment into key areas for development, but the private sector should drive growth. In Malaysia, we have begun divesting dozens of government-linked companies, yielding multibillion-dollar initial public offerings and creating space for private enterprise.

Third, countries should be un-afraid to pursue trade agreements and regional economic integration; not just to seek shelter from global headwinds, but also to create new markets and opportunities. Malaysia has signed free-trade agreements with India, Japan and Australia, is negotiating with the European Union and the United States, and is hosting the latest round of Trans-Pacific Partnership talks. We are also pushing for completion of the Association of Southeast Asian Nations economic community, which will unlock growth and investment by bringing 600-million South-East Asians within a single market.

And fourth, transparency and accountability should be built into the framework of the government. In Malaysia, we have renewed our focus on corruption, and begun stripping away colonial-era legislation, halting a 60-year-old state of emergency and ending indefinite detention without trial.

These achievements have attracted African attention. Nigeria, which shares our 2020 development goal, used Malaysia’s experience when formulating its inward investment policy. Tanzania is modelling its own economic path on Malaysia’s Economic Transformation Programme, and is working with Malaysian experts in agriculture, education and resources. And during his recent trip to Kuala Lumpur, South African President Jacob Zuma expressed interest in seeing how the lessons from Malaysia’s development could be applied to South Africa.

By learning from one another, Asian and African nations are also forging stronger connections. As the global economic topography changes, these bonds will only become more important.

Last year, for the first time, developing countries secured more inward investment than the developed world. Asia’s coming of age has caused economic momentum and political power to shift from the old economies to the new. Africa’s rise will speed up this transition.

The exhilarating ascendency of Asian economies – supported by a strong current of political reform – was arguably the story of the late 20th century. By pursuing open economies, and learning from Asia’s development, Africa has the chance to write the story of the 21st.

Najib Razak is the prime minister of Malaysia