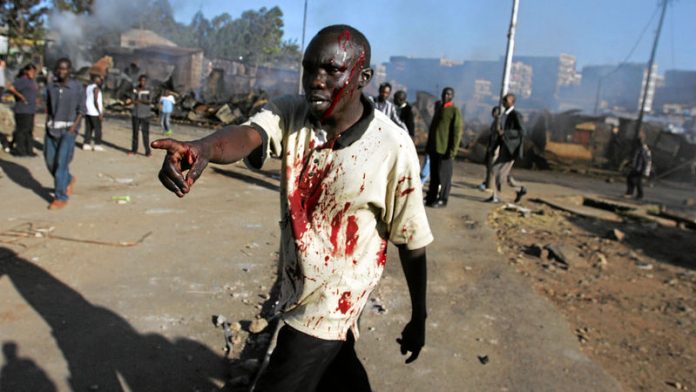 The International Criminal Court (ICC) is facing its toughest test in its short history as the first trial of a deputy head of state begins on Tuesday September 10. ­Kenya's deputy president, ­William Ruto, is due in the dock at The Hague that day, whereas his boss, President Uhuru Kenyatta, is due to be tried in a separate but related case that commences one month later.

The two trials come five years after the violent aftermath of a disputed election that pushed East Africa's biggest economy to the brink of civil war. Initial attempts to prosecute those most responsible for orchestrating the clashes in Kenya itself failed, and the ICC process has been dogged by delays and continual attempts by the country's political elite to derail the cases.

The latest of these came on Thursday, when Kenya's Parliament debated a resolution to remove the country from the list of signatories to the Rome statute that established the ICC. The debate was largely symbolic as any resolution would not be binding, nor would it affect the imminent proceedings.

Ruto and Kenyatta face related indictments accusing them of mobilising their respective communities against each other in 2007 and 2008 in a campaign of ethnic cleansing, theft and murder that left at least 1 500 people dead.

The accused have used the time since then to forge a canny political alliance that stirred up nationalist feeling in Kenya against the ICC and won them a narrow victory in broadly peaceful elections in March.

Their alliance also embarrassed Kenya's Western allies, who warned there would be consequences for the country's economy and international relations if voters chose the indicted duo. These threats have not materialised, which leaves the ICC looking somewhat isolated.

A third man, Joshua Arap Sang, a radio broadcaster, is also facing trial alongside Ruto. Some witnesses who were prepared to testify against Kenyatta and his deputy when they were merely ministers are unwilling to do so now that they run East Africa's biggest economy and its well-resourced intelligence service. The withdrawal of witnesses resulted in charges being dropped altogether against Francis Muthaura, the former head of the public service and a co-accused in the case against Kenyatta.

Nonetheless, international legal observers suggest the weakness of the prosecution's case has been overstated.

"We won't know until the evidence is tested in court what the strength of the case is," said Elizabeth Evenson, an international law expert with New York-based lobby group Human Rights Watch.

Partisan coverage in local media has helped to give the impression that the cases against the two leaders have been fatally weakened.

Victims' groups inside the country, who stand to receive compensation, complain that they are being warned against even watching the hearings on television.

Since the election, support in Kenya for the international tribunal has waned. Approval ratings for the tribunal that once ran at more than 70% have now sunk to 50%, roughly the same proportion of the country that voted for the accused.

"The spin has focused on the celebrity of the accused and not on the fact of the atrocities," said James Gondi, a lawyer and head of advocacy group Kenyans for Peace with Truth and Justice. "At last, the evidence will return to centre stage."

Ruto failed in his application to have the hearings moved from the Netherlands to Kenya or neighbouring Tanzania. A ruling is expected shortly on a similar appeal from Kenyatta. The defendants' attempts to rally support for dropping the prosecution at the United Nations Security Council came to nothing.

The African Union condemned the cases, but no African state has withdrawn from the Rome statute that establishes co-operation with the ICC.

Meanwhile, Ruto clearly intends to bring a circus of supporters with him to The Hague. About 100 Kenyan MPs will travel to the initial hearings with another 30 legislators to be flown in on rotation to each of the first two months of scheduled proceedings.

The one certainty with the ICC is that justice will not be swift. A panel of three judges will oversee the trials,  with two of them presiding over both cases. This means that simultaneous hearings will not be possible.