Acting on Syria has Obama torn 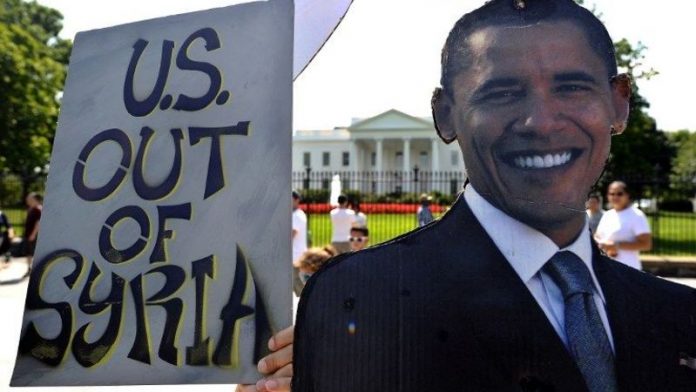 Barack Obama is the reluctant interventionist. Moments of grave decision – over Kosovo, Iraq or Libya – always produce intense public arguments, one camp branded warmongers, the other appeasers, each claiming the moral high ground.

Those debates rage again now, over Syria. The difference this time is that they are not only public but also burn privately inside the man at the centre. Usually a United States president is the fixed point: he makes his decision, the rest of us argue whether he is right or wrong. But now the argument is within. Obama seems as torn and conflicted as the rest of us, a Hamlet on the Potomac.

His weekend halting of his promised attack on Damascus, staying his hand until he had the formal blessing of Congress, stunned his closest advisers but was, in truth, consistent with the hesitation and ambivalence that has defined his approach towards the Syria question. It took until June this year for Obama to buckle to those, including within his own team, who had long been urging him to arm moderate anti-Bashar al-Assad rebels. Three months after he gave the nod, those promised weapons have still not arrived.

Even when he was on the brink of launching an attack last week, he conveyed diffidence, not bellicosity. It would be no more than "a shot across the bows", he told PBS, a remarkable phrase for a commander-in-chief to use, commentating on his own action before he had taken it, pre-emptively reducing its impact.

A request for Congressional approval does not automatically imply half-heartedness – a political mandate, now looking likelier after Republican House leaders promised their support, would strengthen Obama's hand – but the manner of it certainly suggested a lack of urgency.

Rather than summon the House and Senate to deliberate immediately, the president opted to let the nation's elected representatives stay on their summer break, returning only next week.

Why is he so tepid on a matter of such gravity? Because this president wants to be remembered as an ender of Middle East wars, not a starter of them. He wants to be the leader who pivoted to Asia, not the one who stumbled in the Levant. His legacy is meant to be rebuilding at home, not getting sucked in abroad. Recall how he won his primary battle against Hillary Clinton in 2008, propelled in part by his prescient opposition to the invasion of Iraq. A new Middle East war runs counter to everything Obama is about.

Temperamentally, he is no George Bush: he thinks with his brain rather than his gut; he weighs the consequences of his actions. Not for nothing is he derided as "professorial", which means he can see the specific risks of action in Syria as clearly as any critic. Strike too weakly and Assad will carry on unscathed; strike too hard and Assad could be toppled, to be replaced by an opposition laced with al-Qaeda.

He will remember Colin Powell's invocation to Bush of the "Pottery Barn rule": if you break it, you own it. What if (misnamed) US surgical strikes go astray and hit the wrong targets, killing the very civilians Obama acted to protect? What if they uncork more of the lethal gases whose use triggered intervention in the first place?

Obama can see all that and yet he can, just as clearly, see the case for action. For him, it rests on two pillars. First, and underestimated, he is serious about nonproliferation. His stated goal remains "a world without nuclear weapons"; he is more hawkish about Iranian nukes, for his own reasons, than many realise.

In that context, he cannot close his eyes to the violation of what has been the world's most enduring prohibition on weapons of mass destruction, the convention against chemical weapons. If Assad's use of gas at Ghouta is proven and goes unpunished, that 90-year-old convention will be a dead letter. Chemical weapons will become just another tool in the arsenal. But the significance would be wider. As the president put it on Tuesday, not to act would indicate "that international norms around issues like nuclear proliferation don't mean much".

Second, there is the matter of his own credibility. Having said a year ago that Assad's use of such arms will cross a "red line", he cannot remain inert. If he does, he will be conceding the next three years of his presidency, unable to exert any leverage because friends and enemies alike will not believe a word he says. This is not a macho matter of saving face.

If he is to succeed in those areas where many would want him to succeed he needs to be heeded.

Obama knows this and remains understandably torn. The bitter ­paradox for this reluctant interventionist is that his very reluctance has, in part, forced him to intervene.

The context of Obama's "red line" remark a year ago was, in fact, an explanation of why he would not get involved in Syria, despite the mounting slaughter. Only if chemical weapons were used would he step in. History may judge that red-line speech as a green light to Assad, a signal that he could kill and kill so long as he used "conventional" means. But the effect of that one sentence was to box Obama in: once the red line was crossed, he had to act.

International crimes must be prosecuted and domestic jurisdictions are well placed to do this. Domestic prosecutions based on universal jurisdiction are on the rise
Read more
Opinion