Adrift on azure chasms of calm 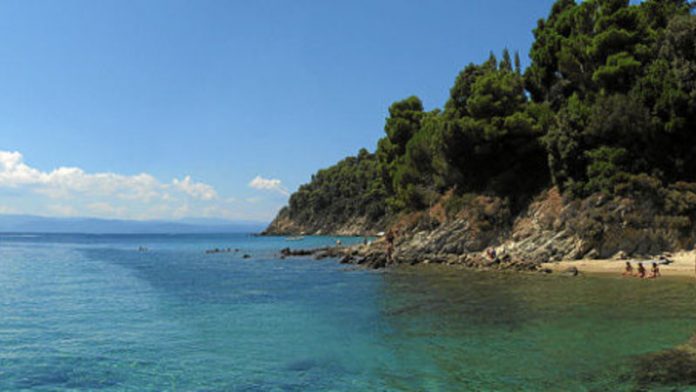 'Sailing is about trigonometry and luck," said Yannis Katsivardelos, our skipper on the Camara, a 40-foot yacht we had chartered to sail the Greek Islands for a week. The greying and slightly weathered Katsivardelos had the look of a man who had spent his life at sea.

We were about an hour out of Kalamaki, one of the smaller marinas on the Athens coast. The sails were down as we motored out into the Aegean Sea, buffeted by the wake of bigger boats leaving the capital's busiest port, Piraeus.

I was struggling with the idea of rough waters–with the feeling that the floor was tipping beneath my feet. I am a child of the 1970s, raised on disaster movies that left images of planes crashing into the ocean, cruiseliners hitting icebergs, and fishing boats in the grip of the tentacles of a giant squid forever etched in my mind.

It didn't help that before I left Jo'burg I happened to catch the last minutes of a radio interview with a survivor of the Costa Concordia shipwreck: the only water I truly trust is in my bath.

As I climbed into our cabin and lay on my back, listening to the sound of water smacking the sides of the boat, I wondered how I would survive the next seven days.

Scenes from the Titanic

Three hours later, we dropped anchor in a moonlit bay for the night, the inky-blue water without so much as a ripple. It would take, at least, another day at sea for me to let go of the scenes from Titanic replaying in my head, but that night was the start.

There are almost 6 000 islands and islets scattered about the Aegean and Ionian seas. Of these, slightly more than 200 are inhabited. They lie in waters that stretch the definition of the colour blue,  and that allow you to see to the bottom of the ocean 40m below. In summer, the water temperatures here on the southernmost tip of Europe climb to the mid-20s.

“What point is there to live here and not to sail?" said Katsivardelos when I asked about the life he had chosen. As a young man, he had left Greece for a few years, and worked in an office job. When he came back, he came back to the sea.

The Greek archipelago makes up less than half of Greece's 16 000km combined coastline, giving rise to an incredibly diverse landscape of sheltered bays and rocky coves, beaches of pebble and volcanic rock, stretches of golden sand and dunes, and coastal caves carved from steep jagged cliffs.

Before we set sail, we had spent time on the island of Skiathos, north-east of Athens. Part of the Sporades islands, Skiathos is densely forested with pine and fir trees. On the beach one day we took shelter beneath one of these trees, the sand below carpeted in pine needles, the incredibly rich smell from the sticky resin permeating the shade.

Skiathos, however, is more famous for appearing in the smash hit Mamma Mia–together with its sister island Skopelos.

The monastry of Panagia Evangelistra

In the port we avoided the fanboys and -girls who had travelled to the island to take pleasure cruises to the movie's most famous beaches. Instead, we feasted on tales of pirates and Venetian and Ottoman conquerors of the islands and took in the dramatic scenery as we climbed to see the clifftop remains of the island's medieval fortress.

We visited the working monastery of Panagia Evangelistria, built in 1806 where the Greek flag in its current design was raised for the first time during the struggle for freedom from Turkish rule.

Although the islands each have their own distinctive heartbeat, there are certain features that are definably Greek. Cue the gleaming whitewashed houses with shutters the colour of the sea, the sky and the forest; dazzling pink oleander flowers streaming along walls; and stepped alleyways that squiggle their way among the homes that seem to grow from the hillsides.

With time on our side, the clock shifted. The days started around 11am and the sun set at 9pm, creating a rhythm to life uninterrupted by headlines and deadlines.

We had hoped to sail to the Cyclades islands–to Mykonos, Paros and Santorini, but the strong winds and large distances between those islands do not lend themselves to a week's return trip. So our trip began with a map and a plan to head for the Argolic and Saronic gulfs, and to islands frequented by Athenians.

Sailing days have a unique rhythm. We sailed out of the bay on that first morning and ate our breakfast of Greek yoghurt with slices of banana and walnuts drizzled with honey. A few hours later, we stopped for a swim in another quiet bay and then headed to our first port to bed down for the night in the calm protected waters. We travelled like this each day.

We spent our second night at Erminoni, a mainland village on the southeast shore of Argolida where we ate dinner at a restaurant on a ledge above the sea, mesmerised by the full moon's silvery trail across the water.

Island food is distinctively Greek: olive oil and dried origanum; sweet Mediterranean tomatoes and delicious cod; fried eggplant and feta in many variations–covered in herbs, baked in filo pastry with honey and sesame seeds, doused in paprika and cooked until the flavours meld. Sadly, fish is in short supply. The prices can set you back a staggering €70 a kilo. You can see them as you peer into the pellucid waters, small flashes of silver but no sign of any fish larger than a few centimetres.

From Ermioni we sailed to Spetses, its name handed down during Venetian rule, meaning island of perfumes because of the abundance of flowers. There we took a horse-drawn carriage, a popular form of island taxi, from the port into ?the town where the impressive edifice of the Poseidonian Grand Hotel has dominated the waterfront since 1914.

Just below it, the yachts of the super-rich were docked. These mammoth gleaming boats cost around $10- to $15-million and come with matching crew members with walkie-talkies. The boats all display their port of origin–the London boats seemed the flashiest while the Greek megaboats followed the fashion for nostalgia with lots of wooden steamboat replicas.

The showy wealth on the water was a stark contrast to the Athens we had left behind, the city centre scrawled with angry graffiti, tales of growing unemployment and homelessness, and empty shops across the city. The ubiquitous “Keep calm" posters ending with “and fuck the crisis".

On the beautiful island of Hydra, with its no-car policy and mules awaiting transport orders, we watched the super-yachts dock across from the wooden fishing boats and the holiday sailors.

This kind of sailing holiday is both a feast for the voyeur and a comfort for those who love the idea of community. In the early evening, as the boats fill the port–and in some places are tethered to the dock and triple-parked because the historic ports of islands like Hydra can take no more than about 30 big boats–you are surrounded by people.

Each night the ports fill with a new mix of nationalities: we docked beside Swedes, Danes, Swiss, French, Germans and Australians, in families, couples or groups of friends.

The time on the boat was passed with lots of reading, eating and just staring at the water as we glided through it.

On one of those endless summer days, we anchored in a bay and slipped into the glittering water. I turned my head, and all I could see was ocean stretching out for miles to meet the horizon, and it was as if we were the only people on Earth.

There are many companies that hire out skippered yachts to sail the Greek Islands. We used istion.com