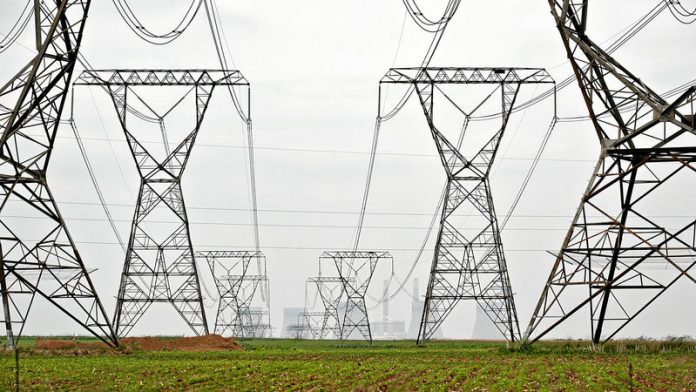 Power was restored in Lawley and Lenasia South while other parts of Johannesburg could be left in the dark over the weekend, City Power said on Friday.

"It will take a maximum of two to three days to restore power to all effected areas," City Power said.

It gave the same prediction on Thursday, but on Friday stressed that on-going work would see suburbs gradually restored over this period.

The power supply to parts of the West Rand and northern Johannesburg was disrupted when a few hundred City Power staff downed tools on Wednesday afternoon.

City Power said the strike was not union-led.The workers were unhappy about a new shift system the power distributor was implementing.

It was believed that the striking workers had sabotaged the infrastructure causing the widespread blackouts, which impacted on traffic flow and affected some businesses' operations.

Police were investigating and security guards had been appointed to watch the stations.

City Power was using contractors to try and fix the problems.

It said that electricity had not yet been restored to Houghton Estate, where former president Nelson Mandela is recuperating in a medical facility set up at his home after his discharge from hospital at the weekend.

Generator
​City Power provided a back-up generator to the vicinity of Mandela's home on Wednesday night, and this remained in place on Friday morning.

City Power's engineering operations director Louis Pieterse said in an interview on Radio 702 on Friday that the new shift system, which sparked the strike, was intended to cut costs associated with overtime.

"Seventy-eight percent of the year falls outside normal working hours," he said.

City Power believed that the funds saved through implementing a shift system could be better used; for example, more people could be employed.

Pieterse said workers were not yet ready to negotiate on the matter.

"If staff were willing to talk, we could get to a solution." On Thursday, Democratic Alliance spokesman on infrastructure services in Johannesburg Denis Hunt said City Power's new shift system would result in a decrease in workers' take-home pay.

He also raised concerns that City Power was understaffed.

"The members of the DA sitting in the section 79 oversight committee have for months drawn attention to the perilously low level of staffing at City Power, in many areas being below the full complement by 50% and more … In a market where competing for skills has become the norm and finding qualified people willing to work in these conditions is difficult, to introduce a working structure which reduces what the workers have come to expect is suicidal."

Economic loss
Hunt said the power problems could lead to economic losses in the city.

On Thursday afternoon, power had been restored to the Hursthill and Mayfair substations which supply Auckland Park, Bosmont, Crosby, Emmarentia, Mayfair, Northcliff, Rosebank, Riverlea and the Westdene areas; and to the Cydna and Alexandra and Gresswold substations which supply Athol, Alexandra, Bramley, Hyde Park, Melrose, Riverpark, Tsutsumani and the Wynberg areas.

On Friday morning, however, City Power said the supply to residents' homes in areas such as Northcliff was yet to be restored, despite progress towards this having been made. – Sapa

Ramaphosa: We want investment pledges to translate into new jobs

To move out of South Africa’s economic funk, Ramaphosa is prioritising the materialisation of pledges made at the previous investment conferences.
Read more
Environment

South Africa has been ranked the second worst performer of the G20 non-OECD member countries, behind Saudi Arabia, for its lack of transparency and continued support for fossil production, fossil-fuel based power and consumption of fossil fuels
Read more
Environment