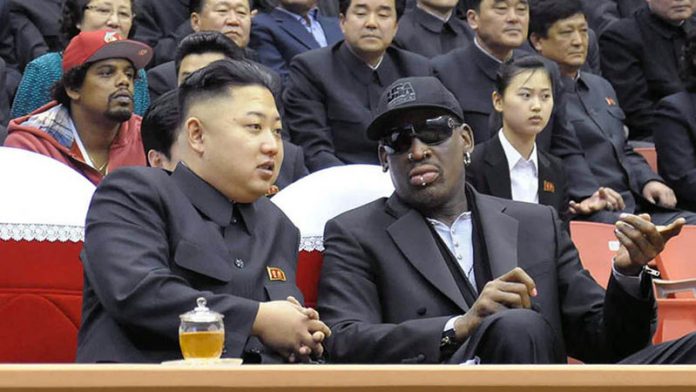 Dennis Rodman, who calls the supreme ruler of the isolated, authoritarian state a friend, and just returned from his second visit to Pyongyang, told the Guardian that he had spent a "relaxing time by the sea" with Kim Jong-un's family during his latest five-day trip.

"I held their baby, Ju-Ae, and spoke with [Kim's wife] as well. He's a good dad and has a beautiful family," Rodman said.

While more of a public personality than his introverted father Kim Jong-Il ever was, little is known about Kim's personal life.

Even his age is a matter of dispute, with reports ranging from 29 to 31.

The fact that he was married was only revealed in July last year when pictures emerged of a young woman accompanying the new leader at official events.

Baby daughter
​There was no official confirmation of the birth, but Rodman had commented after his first surprise visit to Pyongyang six months ago that Ri had spoken often of her baby daughter.

There have been unconfirmed reports that the couple already had one child.

Kim is the third generation leader from the ruling dynasty begun by his grandfather Kim Il-Sung and followed by his late father Kim Jong-Il.

In such a conservative, hierarchical society as North Korea, observers say there is almost no chance of the leadership succession being passed to a daughter.

Rodman was scheduled to address a news conference later Monday in New York.

The flamboyant, former Chicago Bulls' player told the Guardian that he and Kim had discussed plans to play "a historic friendship basketball game" between North Korea and the United States. – AFP