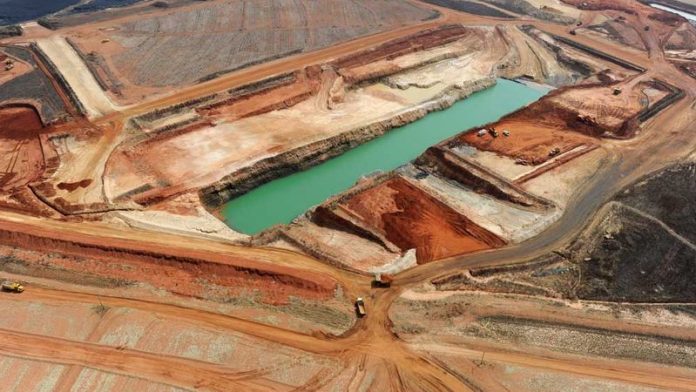 As Parliament prepares to hear oral submissions on the contentious Mineral and Petroleum Resources Development Amendment Bill, environmentalists have warned that the new proposals could cause further harm to the environment.

The group also signalled that changes to the Bill could be unconstitutional as they blur the lines between national and provincial competency.

Jointly, the group said, "The proposal in the Bill is a political outcome that has been translated into an impossibly complicated, ill-conceived regulatory morass."

Public hearings on the Bill will start on Wednesday and are set to continue until Friday, with a further hearing scheduled for September 18.

Mining licenses
The Mail & Guardian understands the portfolio committee hopes to finalise the Bill by year-end. It will then be sent back to the National Council of Provinces and the National Assembly before it is sent to President Jacob Zuma to be signed into law.

The Bill regulates how mining licenses are awarded. New changes are designed to align the Bill with laws that are aimed at protecting the environment, and iron out ambiguities in the Bill's previous version.

However, the new Bill has been strongly criticised from industry experts and civil society organisations. Recently, the Legal Resources Centre (LRC) called for the scrapping of the current draft because it ignored the rights and voices of mining communities.

The deadline for written submissions on the Bill was Friday, September 6 – the day the LRC made its call.

But the group of environmentalists said this presents an inherent conflict of interest for the department of mineral resources: on the one hand, part of its mandate is to promote mining in the country while addressing structural historical economic inequalities. On the other hand, it will now have to see that the environment and water sources are protected from an industry which does not necessarily have these interests at heart.

It said the department of mineral resources does not have the capacity to take over these extra responsibilities and already has a bad track record of monitoring mining companies who break the law and damage the environment.

And given these responsibilities – monitoring, administration and enforcement with environmental regulations – to the department of mineral resources will create a duplicate capacity: the group said this capacity already exists in the environmental affairs department.

It would be better to enhance these existing capabilities, it said.

"We also submit that doing so is in the interest of the environment, the realisation of Constitutional rights and of sustainable development," the group said.

It said there was no evidence that the department of mineral resources had any "feasible" plans in place to address its capacity deficit.

"We know from our case work and from anecdotal evidence that there are frequently not more than one or two officials in a region reporting to the regional manager about the … compliance monitoring and environmental management programmes," the group said.

"The mineral resources department publishes no annual compliance and enforcement report like the department of environmental affairs, and the minister is extremely vague when she talks about actual enforcement action and results.

"In one example, the minister told Parliament that she could not furnish the names of mining companies who did not comply with their environmental protection obligations, as this information was 'sensitive' and could affect the companies' share prices.

"Instead, the information that we do have demonstrates a mineral resources department that either actively neglects complaints of violations, refuses to get involved in any enforcement action despite reports of non-compliance and even actively resists enforcement action against mining companies in violation [of the law]."

It said the Bill could be unconstitutional because it infringes on the role of provinces: mining is a national competency but, broadly, the protection of the environment is shared between national and provincial government.

Giving this responsibility solely to the mineral resources department might not be constitutional, the group said.

The mineral resources department had not responded to requests for comment by the time of publication.