Young Felix is one cool cat 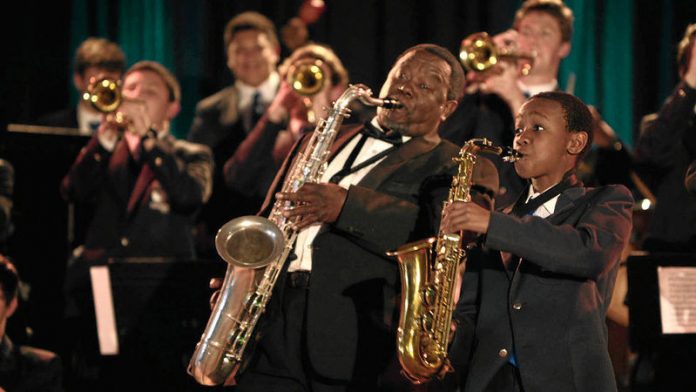 The drama is  about a poor township boy's road to self-fulfilment after he gets a bursary to attend a posh Cape Town school.

After much conflict with his mother–a humble, caring domestic worker called Lindiwe (Linda Sokhulu)–over his desire to learn jazz saxophone, the cute Felix (Hla-yani Mabasa) takes off with his new rich buddy to play in a concert. This he does against his mother's will.

A sulky Lindiwe watches as her boy is chauffeur-driven past her, down a dusty township road, in a black limousine. Felix gazes out the window at his mother, a supposedly simple African girl now becoming increasingly aware that the route of her son's journey is out of her hands.

From this moment we, as the audience, share in her loss. And in a very South African way it is understood that if progress is to happen then many of the kids who are dragged out of poverty may land up feeling intense ambivalence about the culture they leave behind.

Director Roberta Durrant, with the help of her screenwriter Shirley Johnston, has made a sweet, light soufflé with many charming characters and moments.

Amazingly, it is Dame Janet Suzman, cast as the tolerant teacher Mrs Clotilda Cartwright, who does not work at all. Suzman mugs and gawks, playing a role with zero development, lacking in basic human substance. One sensed a definite scripting problem there.

But there may also have been other reasons for her weakness: either the director felt daunted and could not deal effectively with a talent of Suzman's calibre, or it could be that the actress herself is not so great at doing anything light. At any rate, Suzman is too "big"to succeed at playing cute.

That aside, Mabaso is a real find. This kid is charming to a T, a more than competent actor who could really go far. Endearingly cute, he's not at all saccharine or precocious, and so one believes in his character.

The film won the Durban International Film Festival audience award in July, and it's easy to see why. Felix is perfect for a kiddies' birthday party (that's if the kids aren't already into drugs and hip-hop) or as a special treat for gran.