Rural KZN school gets A+ for pass rates 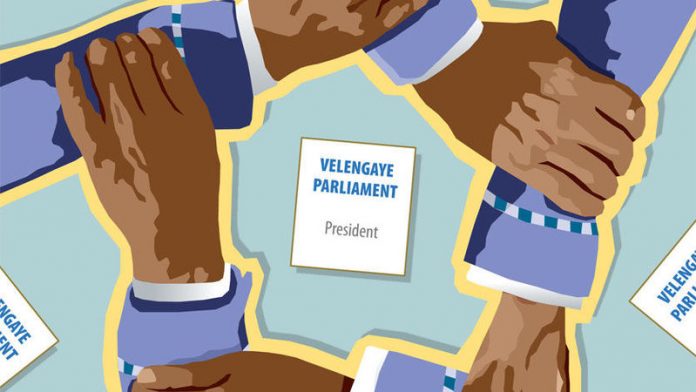 Recently I wrote about how the selection of pupils studying either maths or maths literacy is being manipulated by certain schools and provinces in order to boost their matric pass rates ("Our maths mindset doesn't add up", July 5).

I still believe that this is an unintended consequence of two conflicting processes — the introduction of maths literacy and the habit of holding schools and provinces accountable for their aggregate matric pass rate. I believe the situation at school and pupil level is so serious that it requires urgent intervention by the government.

With this still in my mind, I visited a remarkable high school, Velangaye Comtech in Nkandla, KwaZulu-Natal. The school is reached by a 10km dirt track from the nearest road and is, from the outside, a typical rural school. The proximity of the president's homestead, which is about 60km away, has had no visible impact on this school, although there are plans to replace the buildings.

The school is run-down, with broken desks and too few chairs. It is dirty because of the ever-present wind — and because of a principal who refuses to allow pupils to miss classes to do cleaning duties because the school has no janitorial staff. The school lacks a dedicated administration block and workshops. The community it serves has a low socioeconomic status.

However, what is going on inside these old and temporary classrooms is remarkable. In classes of more than 100, this school, with 70% un- and under-trained teachers, achieves a consistent pass rate of about 90%, with many distinctions.

A pleasant surprise
Meeting the maths and physics teachers is a rare pleasure. They are fashionable, beautifully dressed, articulate and keen men and women mostly in their 20s. They exude energy and commitment. The pupils are even more of a surprise. The school has 215 orphans and, even more significantly, is nonselective in its pupil intake — but its matriculants regularly get accepted at top South African universities, as well as universities in Cuba, India and the United States.

The pupils are articulate, confident and proud, with excellent spoken English. Many of them come from the local community, others come from all over KwaZulu-Natal and some even come from Soweto.

So, why do young people travel across South Africa to attend this unprepossessing, overcrowded school, staffed with many untrained teachers?

The answer lies with the teachers and the principal. The teachers proudly tell me that they readily work evenings, weekends and holidays, and they earnestly discuss whether the pupils' main problem in grasping physics and mathematics is rooted in language or concept.

They tell me that the principal, Dr Ngogi Mahaye, is key to the success of the school. He has been in the post for a decade, and when he joined the school it had eight teachers and fewer than 300 pupils. It now has 1 580 pupils and 60 teachers on the same site with the same classrooms.

A school for every kind of pupil
The community told him they wanted a high-performing English-medium school that would be a model for poor pupils and offer subjects related to their lives and futures, including skills attainment and intellectual excellence. It would be a school that would assume every pupil can succeed. The logic that the community used to argue for English as the medium of instruction was that their children were attending interviews but were not getting the jobs because they were not confident in spoken English.

Fast forward 10 years. This year, 369 pupils are doing matric. Impressively, only 18 pupils are repeating grade 11. Most open-access schools get pass rates of more than 90% by holding back up to half of all pupils in grade 11 who do not have a good chance of passing matric.

But this school does not hold back many pupils. In addition, all pupils do maths — the school did not introduce maths literacy because doing so would have contradicted "the aim of building a school of excellence".

As a professed science and commerce school (or "academy", to use the British term), it realised that it was disadvantaging its pupils' futures by offering them commercial and scientific streams but then allowing them to do maths literacy, which universities do not accept as a proxy for maths.

The school has also responded to the community's request for appropriate subjects: it teaches tourism, economics, business studies, dramatic arts, agricultural science, management and technology, as well as a range of technical subjects such as civil technology, mechanical technology and engineering graphic design.

The aim is to prepare the pupils for university and also to help them to set up their own businesses and do artisanal training in an environment that emphasises the self-reliance and morality a developmental state requires. By the same token, French is being taught as a second additional language to help to yield global thinkers. This is also a response to the government's National Skills Accord and National Development Plan.

Giving pupils real influence is another factor behind the school's success. The school has a student parliament made up of elected pupils. They hold ministerial offices that carry responsibility for areas such as "unity, cohesion and discipline", "careers and bursaries" and "social responsibilities". This year the president and most of the executive are female. The executive is given training in leadership skills and philosophy. They are about to publish a book titled Young Philosophers Embrace the World.

Driving away from the school, it is easy to imagine the pupils from this deep rural school succeeding in any environment that they enter: they have the intellectual confidence and experience of being trusted and well taught to rely on. Equally, it is easy to see the staff as a special group of people, dedicated and united in their mission to show that rural children can achieve as well as any child at a former model C school.

Dr Martin Prew is a visiting fellow at Wits University's school of education and an education development specialist. He wrote this article in collaboration with the principal of Velangaye Comtech High School, Dr Ngogi Mahaye

To the first-years from rural and township schools: Don’t despair