Khaya Dlanga: The villages are possessed by hopelessness 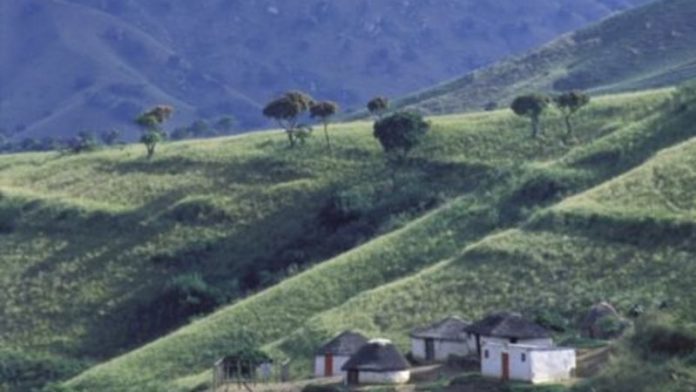 I went to the Transkei to my cousin’s funeral in the village of Ngwegweni, not far from Mount Ayliff, this past weekend. It is one of those typical villages where the people's way of life hasn’t changed much over the past 50 years. The difference now is that they can see that other people’s lives have changed drastically, while their lives have largely remained the same. Ngwegweni is not unlike the other villages that I know well, like Dundee and Dutyini. My mother is from Dutyini, where I grew up there, and I often visited my father's village of Dundee.

The romantic view of life that people who no longer live, or have never lived, in a village have is far from the truth. Poverty is common and accepted. Although life has remained largely the same, the people haven’t. There is an unspeakable and disproportionate violence that the villagers experience. A sense of hopelessness is palatable among the young and inflicted on those around them. These young men drink too much and there is talk of them taking drugs.

There tends to be a specific set of speakers at black people's funerals: someone from both the mother’s and father’s side of the deceased, a friend, someone who worked with them and a neighbour. A distinguished man in his sixties, hair peppered with grey, got up to speak about his deceased neighbour. He spoke about my cousin and what a great person and respectable member of the community she had been. Then he unleashed truths I knew were truths because the villagers were at first shocked that he would say what he did, then they started nodding and agreeing vigorously.

He said: "Nam ndixakwe ngowam untana [I too am having trouble with my own child]. He is a drunkard who takes drugs, he comes home late and hurls abuse."

When he said these things, the villagers exclaimed, wondering why he was saying that One even said: "His son will hear of this and there will be even more trouble at home. He will stab him!"

The old man said he knew what he was doing, there is no use in hiding their troubles in the village. They all experience this with young people in their village. Everyone nodded.

Later, as I was driving from the village of Dundee to Ngwegweni with my uncle, he told me a story of violence he had encountered the day before the funeral, on his way to Ngwegweni for the wake. As he drove his bakkie down the gravel road at about 9pm, he stopped after hearing a man scream for help on the side of the road. The man was lying on his side. When he got out of his car, he realised that the man was bleeding from his leg. He had been shot.

My uncle had the local police captain’s number, so he called him and an ambulance to the scene. The man was on his way from work and was walking to his village. He had been following a group of boys who were also headed in the direction of his village. The boys suddenly turned back and approached him. They had a gun and shot him in the leg.

There goes your romantic notion about villages. "These boys, when they come out of prison, they are out of control," my uncle said. It would seem there are a disproportionate number of young people who cause trouble and end up in jail.

My uncle then told me a second story about a man from his village who was slaughtered the previous week. The man was walking home from a tavern in a drunken state. His ears and other body parts had been removed. His body was found not far from his home the next day. My uncle said another man had died the same way. Then he said: "These people are always found near their homes. In fact, there is another one who died the same way from one these villages nearby."

I wondered if it was muti killings or a serial killer, because there seemed to be a pattern in the deaths. I told him to speak to the police captain. The captain knew about my theory. I shuddered at the stories he told me. Things have not always been like this, he said. I don’t know what changed, but you would almost swear that our villages are possessed, he said.

The day before I had gone to the village where my mother was born. As I drove with her, she told me to stop and greeted a young man I thought I didn’t know. She told me who he was. Then she told me that he killed his mother over R2. He was demanding it because he needed it for whatever drugs he was taking. He was now out of prison. I couldn’t reconcile what she had told me with the man I knew as a young boy in the village. We used to play together. I thought he was such a gentle soul.

We drove a little further and she pointed out a house where a young man I went to school with in the village had stabbed his wife 16 times until she was dead. He too was imprisoned, although my mother couldn’t tell me whether he was out of prison now or not.

There is something happening in the villages of the Eastern Cape that has taken away the innocence they had when I was growing up. They are consumed by violence and hopelessness. The government needs to improve the quality of education there. Set up drug and alcohol rehabilitation centers. Above all, people have to believe that there is a way out for them by making opportunities available. There is nothing more dangerous than a young man who has lost all hope. He can infect and inflict his hopelessness on a whole community.