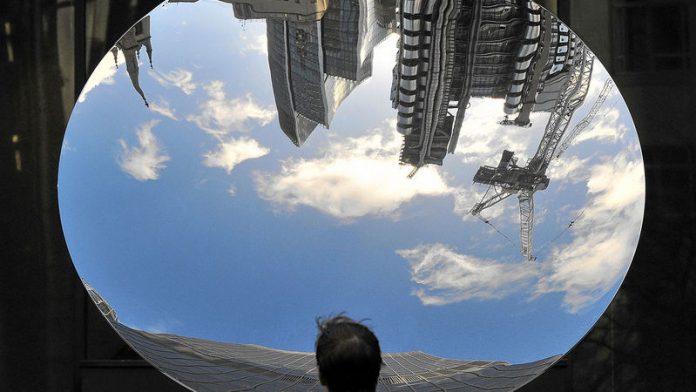 George Osborne, the British chancellor, says Britain’s economy has turned a corner after the government made a £60-million profit from selling off the first tranche of its stake in Lloyds Banking Group.

In a turnaround for the bailed-out bank — and five years to the day since Lloyds TSB rescued HBOS to create the enlarged group — the government body tasked with selling the shares said it had reduced the taxpayer stake to 32.7% from 38.7%.

UK Financial Investments (UKFI) said the 6% stake — about 4.2-billion shares (or £3.15-billion) — was placed with major investors at 75p a share, above the 73.6p average price at which the taxpayer spent £20-billion buying shares in Lloyds.

Another £45-billion was used to prop up the Royal Bank of Scotland (RBS) but a sale of the taxpayer’s 81% stake is being delayed by a review of whether to hive off a bad bank.

Osborne tweeted: “Confirm have sold 6% of Lloyds shares at 75p. Profit for taxpayer & important step in plan to get their money back and repair economy.”

He added later: “If you look at what has happened over the last 12 hours with Lloyds, you have investors from around the world investing in a British bank. That is a sign the British economy is turning a corner.

Bailing out the banks
“Five years ago the previous government forced British taxpayers to put a huge sum of money into bailing out the banks. That was a big ask of the public. I have been determined ever since I became chancellor to get that money back for taxpayers.”

He said the money will be used to reduce the national debt by about £586-million as the Lloyds stake is valued at 61p in the country’s books.

This 61p is the price at which the bank’s shares were trading on the day the shares were bought — rather than the higher price of 73.6p — and has been used as the basis for paying a £1.5-million bonus to Lloyds boss Antonio Horta-Osorio.

A third of the stake needs to be sold for his bonus to pay out.

So far 15% of the shares have been sold after a stunning rise this year, buoyed by a turnaround in the bank and a revival in the mortgage market.

Ian Gordon, banks analyst at Investec, said the firm regarded the government’s timing as “impeccable”, and that it appeared credible to suggest that the government could complete the sale by the time of the election in May 2015.

Positive aspects
Gordon added that: “Many aspects of government or Bank of England policy — such as the ‘Funding for Lending’ scheme, which caused the collapse of retail savers’ interest rates, and overt support for the housing market through the ‘Help to Buy’ scheme — have been distinctly positive for Lloyds.”

Demand for the shares was said to be high after City of London brokers and UKFI spent months sounding out key investors following the chancellor’s Mansion House speech in June, when he signalled the sale was being considered.

The biggest block of investors is in the UK, followed by buyers in the United States. The transaction is the second largest of its kind, second only to Barclays’s share placing in 2009.

Gordon also played down expectations of an RBS sale although analysts at Jeffries reckoned it might yet be possible.

“UKFI’s sale of 6% of Lloyds in a simple manner is unequivocally positive for that bank and also for RBS, in our view. We believe such a sale is an important step towards triggering a fundamental and virtuous circle for each name. We see more optionality in RBS, which is only 12% below the government’s carrying value in the name and could see a similar lift as Lloyds in the coming months,” the Jeffries analysts said.

The National Audit Office could still deem the government to be making a loss on Lloyds when it takes into account the long-term costs of bailing out the bank. — © Guardian News & Media 2013

The sector employs 60 000 people in the Western Cape alone. Whereas some centres have cut staff, others are reskilling and preparing for a different future
Read more
Coronavirus

The outbreak and the response to it is showing us that many things are possible, including the provision of water to waterless municipalities
Read more
Advertising
Continue to the category
Politics