No cure for America’s gun disease 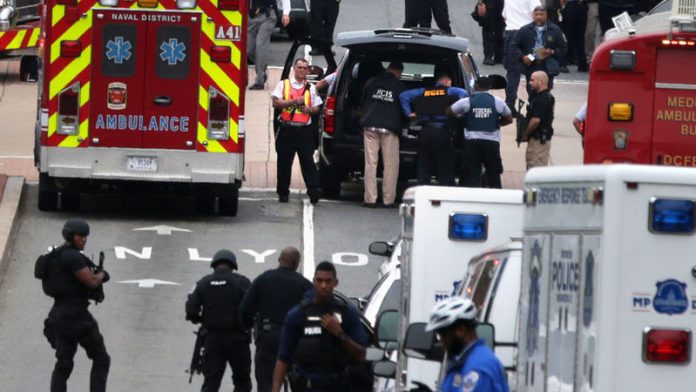 If this isn't a matter of national security, what is? When 13 people end up dead at a United States military base, that surely crosses the threshold – putting the US's problem with guns into the category reserved for threats to the mortal safety of the nation.

At its narrowest, Monday's shooting at the Washington Navy Yard is a national security issue because it involved hostile entry into what was meant to be a secure military facility.

Many will now focus on how a man twice arrested in gun-related incidents was able to gain such easy access to the nerve centre of the navy. There will be inquiries into the entry-pass system, use of contractors and the like. But that would be to miss the wider point.

The US's gun sickness – which has turned massacres of this kind into a fairly regular, rather than exceptionally rare occurrences – endangers the US not solely because it can lead military personnel to lose their lives, nor even because it can lead to the murder of schoolchildren, as it did at Sandy Hook elementary school last year, or the death of young moviegoers, as it did in Aurora, Colorado, also last year – dreadful though those losses are.

The foreign policy experts who gather in think-tanks and congressional offices not far from the navy yard often define national security to encompass anything that touches on the US's standing in the world. That ranges from its ability to project military force across the globe to its attractiveness, its "soft power".

For decades, this latter quality has been seen as one of the US's primary assets, central to its ability to lead and persuade other nations.

But the US's gun disease diminishes its soft power. It makes the country seem less like a model and more like a basket case, afflicted by a pathology other nations strive to avoid. When similar massacres have struck elsewhere lawmakers have acted swiftly to tighten controls, watching as the gun-crime statistics then fell. In the decade after the rules were toughened in Australia in 1996, for example, gun-related murders fell by 59%.

But the US stays stubbornly where it is, refusing to act. When Obama last tried, after the deaths of 20 children and six staff at Sandy Hook, his Bill fell at the first Senate hurdle. He had not proposed banning a single weapon or bullet – merely expanding the background checks required of someone wanting to buy a gun.

On guns, the US is the laggard, stuck at the bottom of the global class. Former president Bill Clinton distilled the essence of soft power when he said in 2008: "People the world over have always been more impressed by the power of our example than by the example of our power."

He was right. But every time an individual is able to vent his rage with an assault weapon, the power of the US's example fades. – © Guardian News & Media 2013