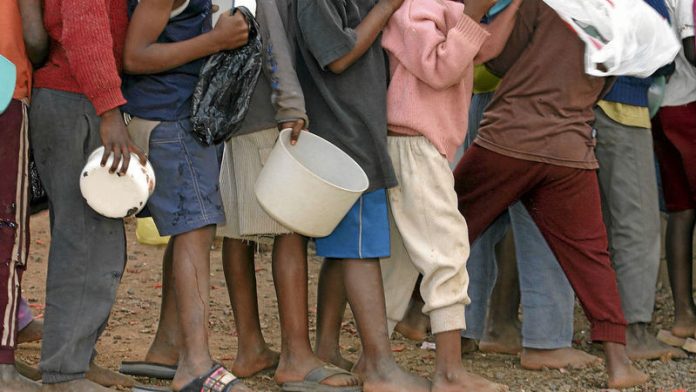 “The desperate life conditions of the great majority of Swazis are similar to the fragile and threatened lives of victims of humanitarian emergencies stemming from natural disasters and armed conflict,” it says.

And it adds: “In Swaziland there is a permanent emergency due to the effects on the population of the greed of the royal family and [which is] exacerbated by ineptitude and malfeasance in the government.”

Talking candidly about royal traditions and superstitions, the report depicts a king who is utterly consumed by muti medicine and mystic beliefs that inform his every action and how he interacts with his subjects.

In a summary of gloomy statistics it notes: “Swaziland has the world’s highest rate of HIV infection, and there are 200000 orphans and vulnerable children, many of whom have no adult caregivers. Yet for 2013–14, the government budgeted $28-million for healthcare for 1.2-million people — only a little more than $23 per person.”

It goes on: “Life expectancy is 48; 29% of Swazi children under the age of five years are stunted; 66% of Swazis are unable to meet their basic food needs and 43% live in chronic poverty. The compromised health conditions of the Swazi people contribute decisively to a vicious cycle of poverty, hunger, sickness and early death.”

The desperate conditions endured by most Swazis, a large portion of whom live in rural homesteads without water and electricity, contrast sharply with the luxurious lifestyle of the king and his more than a dozen wives, including his newest liphovela (royal fiancée), 18-year-old school-leaver Sindiswa Dlamini.

Although the official royal allowance is R255-million, the total cost of keeping the family in the manner to which they have become accustomed, is believed to be far higher.

As well as backdoor payments made to the royal family through various government departments, other money flows from preferential shares allocated to the king, including allegedly from MTN, which has a monopoly on mobile phone services in the kingdom.

According to Freedom House, Mswati has 62 cars, including a luxury DaimlerChrysler Maybach sedan that cost R4.9-million, and he recently acquired an MD-87 aircraft, allegedly a gift, though from whom it was never disclosed.

Although the authors lay the blame for the country’s economic demise at the door of the monarchy, describing Mswati and his father, King Sobuza II, as “despots” who have “used Swaziland for their personal purposes while ignoring the needs of the Swazi people”, they are also critical about the pro-democracy movement, which they described as “beset with challenges from within”.

“If in the future Swazi civil society is to have a decisive role in liberating Swazi people from oppression and poverty,” the report says, “civil society activists of different persuasions must learn the discipline necessary to stop imputing false motives against each other, agree on an agenda for change and take the initiative for leading Swazis toward achievement of democratic goals.”